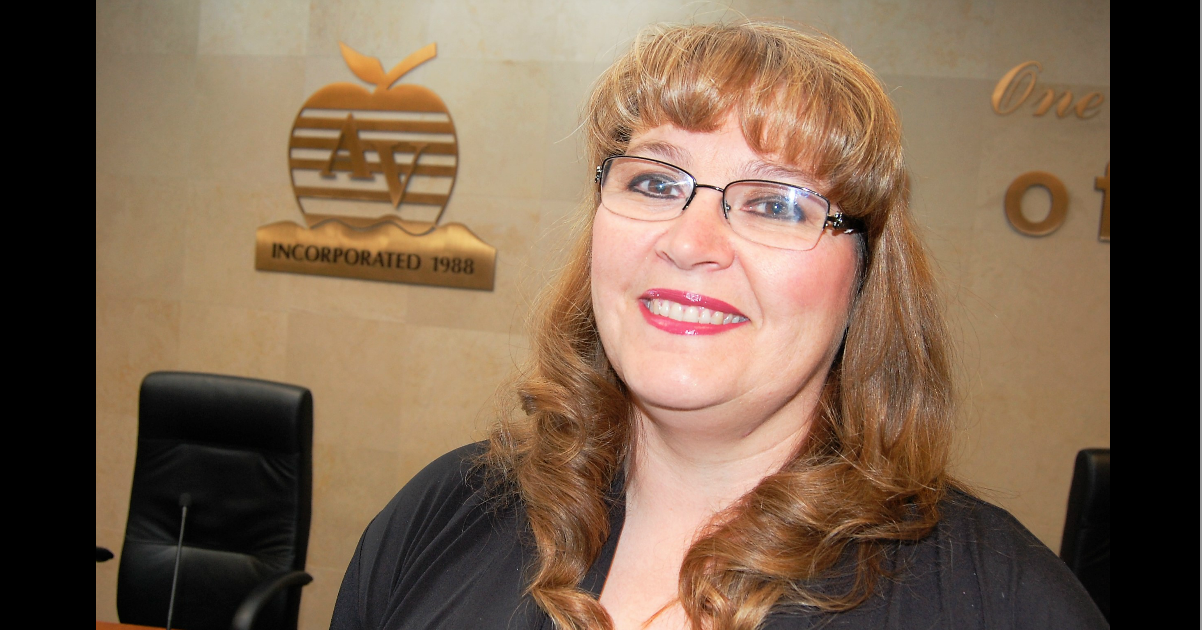 Apple Valley, CA – April 27, 2017: As the Town’s Public Relations Specialist for the last six years, Charlene Engeron is accustomed to being the cheerleader for the community and her fellow Town employees. From road construction to summer concerts, she makes it a priority to keep the public informed about what is going on in Apple Valley.

With her focus normally pointed toward the people around her, she was quite surprised when she was selected as the Town’s most recent Employee of the Quarter.

“Responsible for several areas that directly impact the way our citizens view the Town, her work always paints us in a positive light,” said Director of Communications Kathie Martin. “The Our Town Newsletter and community calendar are two prime examples of her work that are always highly anticipated and well-received by our residents.”

In recent months, she has been heavily involved in a proactive communication strategy for the Town’s engineering department with several major projects, including Safe Routes to School, Mojave River Walk, the Yucca Loma Bridge and others. She works closely with staff, creating status and overview videos, writing press releases, and informing the community via social media. Her efforts not only inform the citizens about town events, but increases public safety by bringing awareness to construction zones.

Her co-workers praise her for her pro-active approach to anything that crosses her path as well as her gentle reassurance that she will make them look good on camera, on-line or in print. They value her not only as a co-worker, but also a friend.

Outside of the office, Charlene is a mother to her 16-year-old daughter, Kayla, a member of the Kiwanis Club of Apple Valley, and has been a volunteer with the Girl Scouts of San Gorgonio Council for nine years.

She has lived in the High Desert since 1993, shortly after completing her bachelor of arts degree in communications at California State University, San Bernardino. She has also been married to her high school sweetheart, Ernie, since 1993. She worked as a print news journalist for 10 years before transitioning into the public relations field. Charlene, who has been with the Town since March 2008, was honored at the April 25 Town Council meeting.

Nominations for Employee of the Quarter are submitted by peers or management and honorees are selected by a committee.