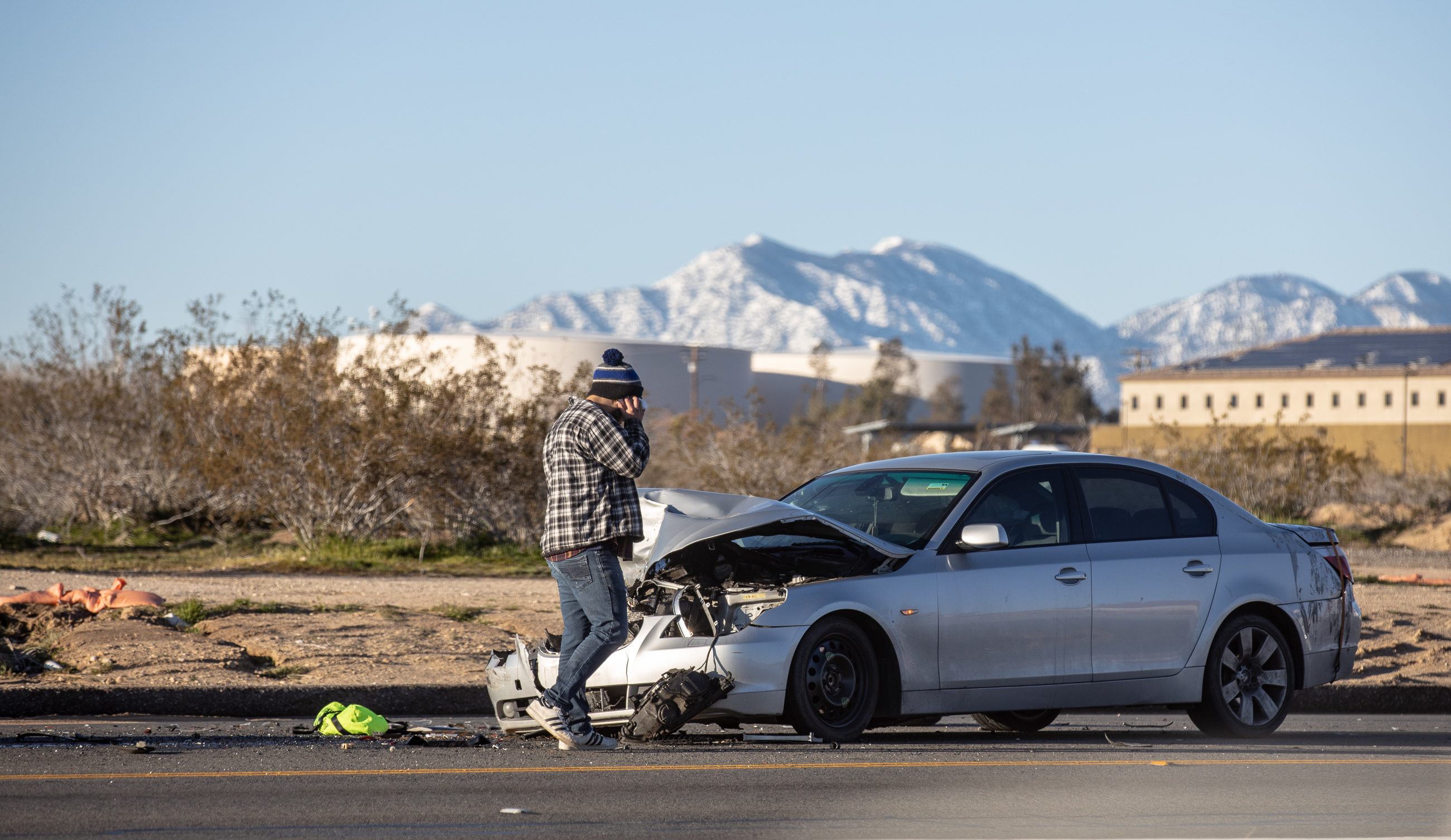 The first crash happened at about 7:15 am, on Bear Valley Road near Pacoima and involved a silver BMW, a green Totoya SUV, and a white Mazda SUV.

“Upon initial investigation, it appears the collision occurred when a 16-year old, unlicensed driver rear-ended a second vehicle, causing the second vehicle to rear-end a third. Investigators are looking into the possibility that the teen may have been using a cell phone at the time the crash occurred,” stated Victorville sheriff’s spokeswoman Mara Rodriguez

Rodriguez said two people were transported to a local hospital for minor injuries.

Rodriguez said, “involved vehicle one rear-ended vehicle two, causing it to rear-end vehicle three. As in the first crash, two people were transported to a local hospital for minor injuries.”