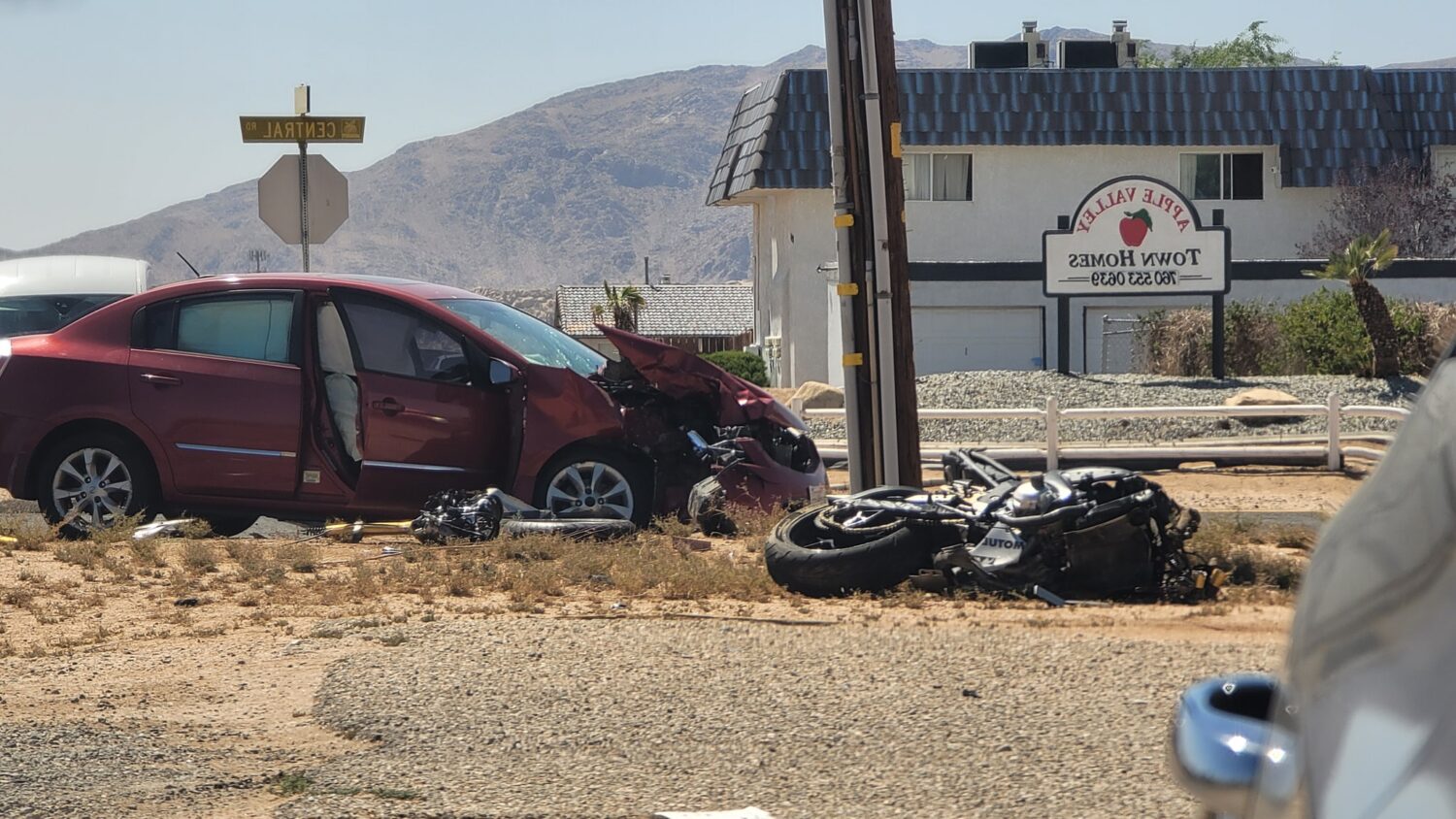 APPLE VALLEY, Calif. (VVNG.com) — A stretch of Central Road in the Town of Apple Valley is closed due to a fatal motorcycle crash investigation.

At about 10:00 am, on May 5, 2022, firefighters from the Apple Valley Fire Protection District were requested to respond to the intersection of Central and Sioux Road.

Upon arrival, emergency crews located a Black Yamaha sportbike on the ground and a red four-door sedan with front-end damage.

A witness who did not want to be identified said the rider was thrown pretty far and landed near a parked vehicle. Several Good Samaritans stayed with the seriously injured rider until he was transported from the scene by ground ambulance to a local area hospital where he succumbed to his injuries.

Sheriff’s spokeswoman Jackie Alban confirmed the crash was now a fatal investigation and deputies were currently at the scene.

Central Road is closed from Sioux Road to Pahute Avenue while the Sheriff’s Major Accident Investigation Team conducts the investigation.

The Victor Valley Transit Authority said that routes 23 and 43 would be affected by the fatal crash.

UPDATE: Sheriff’s officials issued a press release with the following information regarding the cause of the accident:

The collision occurred on Central Road, at the intersection of SiouxRoad in the Town of Apple Valley. Deputies determined a red Nissan Sentra was westbound on Sioux Road preparing to proceed straight on Sioux Road. A gray Yamaha motorcycle was northbound on Central Road approaching Sioux Road when the Nissan proceeded into the intersection. The motorcycle collided with the Nissancausing the rider to be ejected from the motorcycle.