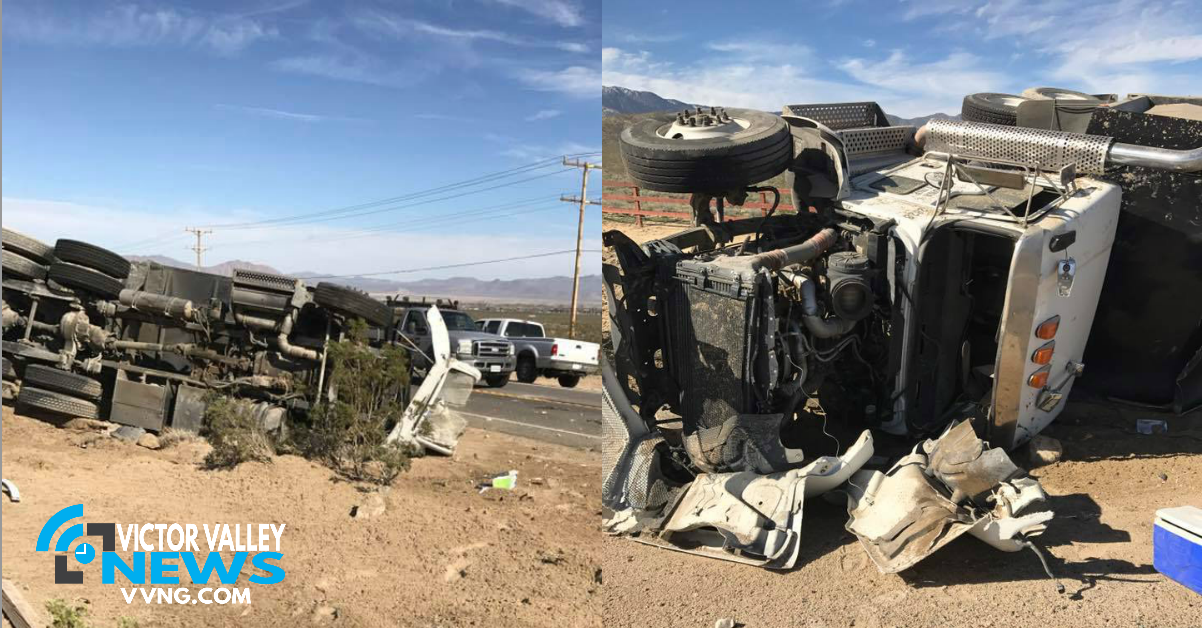 At 10:13 a.m. the California Highway Patrol responded to reports of an overturned dry-bolt concrete hauler approximately 3 miles from the Mitsubishi Cement Plant.

“I ran over to the truck and saw she [the driver] was moving but unable to get out,” stated Olivas. “After I moved a few things out of her way I was able to help her get out.”

According to CHP Officer Rob Grieves, the cement truck was empty and no injuries were reported.

“No other vehicles were involved in the crash and traffic was not impacted,” said Grieves.

The cause of the crash is currently under investigation by the Victorville CHP office.