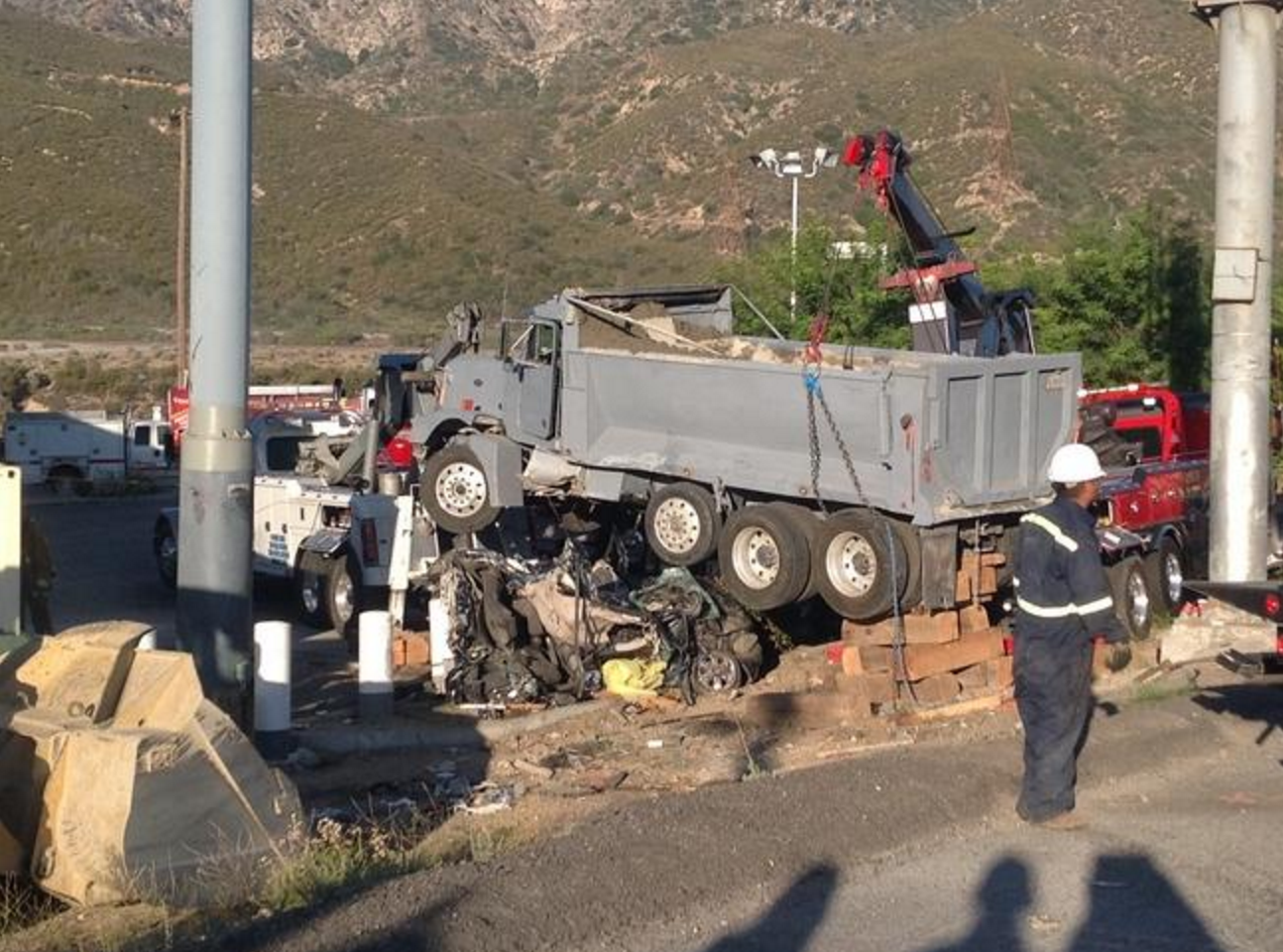 VICTORVILLE-(VVNG.com): A 56-year-old woman is facing two charges of murder for the death of two Serrano High School teens that occurred nearly 2 years ago. On the night of Tuesday, June 24, 2014, at around 11:40 p.m. five teens were leaving the Pinon Hills area and heading to the beach.

The blue PT Cruiser occupied by the teens was traveling westbound on Highway 138 and was struck by a dump truck loaded with fresh concrete. The truck carried the car down an embankment landing on top of the vehicle in the Shell gas station parking lot.

Two of the teens, the 18-year-old driver, Nicole Lyle and 16-year-old John Cabrera died as a result of the collision. The remaining three teens suffered major injuries and were transported to Arrowhead Regional Medical Center.

Two heavy-lift tow vehicles were used to stabilize and lift the dump truck off of the vehicle. Firefighters spent 45 minutes to extricate Shane Gretzner, and additional 15 minutes to extricate Mike Baker and several hours to remove David Castaneda. The rescue was described as both complicated and dangerous due to the instability of the dump truck.

The rescue team initially decided that the best choice to save David Castaneda, the final survivor inside the vehicle was to have trauma staff do an on-scene amputation of both legs. Captain Flesher and Firefighter Carlos Estrella asked for one last chance, to attempt to rescue Castaneda prior to the double amputation placing their own lives at risk.

Lisa Castaneda, the mother of David Castaneda said that David is really happy that the driver of the dump truck is finally behind bars as the rest of the involved families are.

For the surviving teens and the family of the five teens the arrest made in the late afternoon of Thursday, April 28th was a small victory after a long nightmare. Sonja Aida Meeks was arrested in the 2800 block of South Bon View Avenue in Ontario and was booked into the West Valley Detention Center for two counts of murder.

She is being held in lieu of $2 million bail and appeared at the Victorville Superior Court Friday afternoon for an arraignment hearing where a not guilty plea was placed on her behalf.