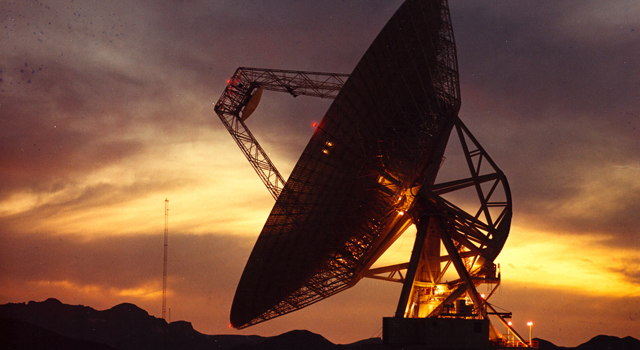 NASA will host a two-day NASA Social for 50 of its social media followers on April 1 and 2, 2014, at the agency’s Jet Propulsion Laboratory in Pasadena, Calif., and the Deep Space Network complex in Goldstone, Calif.

The event is part of a yearlong celebration of the 50th anniversary of NASA’s Deep Space Network (DSN), the world’s largest and most powerful communications system for “talking” to spacecraft. From the first planetary encounters, the first human landing on the moon, to interstellar space, the network has been there to bring home the critical data, images and science.

A NASA Social is an informal meeting of people who use social networking sites such as Twitter, Facebook and Google+. Participants at this event will be provided a unique in-person experience at JPL and the Goldstone Deep Space Communications Complex, which they are encouraged to share with others through their favorite social networks.

NASA Social participants will spend April 1 at JPL inside the Mission Control Center of NASA’s Deep Space Network, where engineers communicate with spacecraft across the solar system. Participants will also get a behind-the-scenes tour of JPL that includes:

• Spacecraft Assembly Facility, where hardware for upcoming missions is under construction
• Earth Science Center, where data from many of the agency’s Earth-observing missions are showcased in interactive displays
• Mars Yard, where engineering models of NASA’s Curiosity rover are tested in a sandy, Mars-like environment

On April 2, participants will attend the DSN 50th anniversary celebration at the Goldstone Deep Space Communications Complex near Barstow in the Mojave Desert. Attendees will learn about the DSN’s past, present and future, and then tour the facility. The tour will include:

Attendees will also take part in a ribbon-cutting ceremony for the Goldstone Tunnel Display.

Registration for this NASA Social is now open, and closes at 9 a.m. PST (noon EST) on Feb. 19, 2014. NASA will randomly select participants from qualified online applicants. Registration is for one person, aged 18 and over only, and is non-transferable. Because this event takes place at a facility with restricted areas, registration is limited to U.S. citizens.

For more information on this event and to register, go to: https://www.nasa.gov/content/celebrate-50-years-of-communicating-in-deep-space/#.Uvwa8_aKX8H.