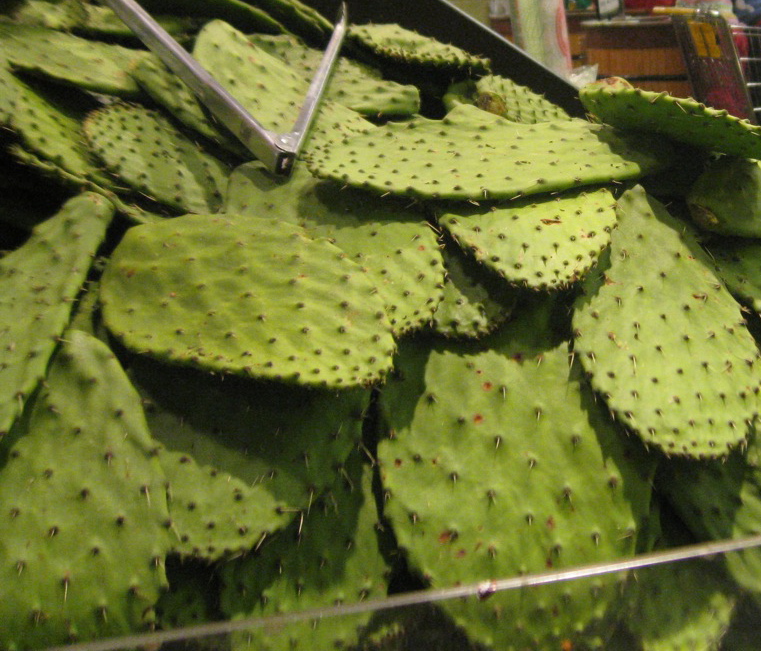 SACRAMENTO: California Department of Public Health (CDPH) Director and state health officer Dr. Ron Chapman today warned people not to eat cactus imported from Mexico that were sold at specific retail and wholesale locations around the state due to the presence of unapproved pesticides.

A recent routine surveillance sample collected by the California Department of Pesticide Regulation (CDPR) isolated as much as 5.8 parts per million of Monocrotophos, an organophosphate based pesticide that has been barred from use in the United States since 1989. CDPR immediately took action to remove all of the product it could locate from store shelves and distribution centers. It has been quarantined and/or destroyed so that it doesn’t pose a threat to consumers.

The contaminated cactus was sold and offered for sale to consumers and wholesale customers at:

Whole cases of the cactus purchased from the wholesale produce companies were likely labeled with a supplier sticker that stated “Comercializadora De Chiles, Selectos Nieto S. De R.L. De C.V.” Product sold in the retail stores was sold in bulk bins without any specific branding or labeling.

Washing or peeling the cactus prior to preparation as well as some cooking methods (boiling) can remove some of the pesticide, however, since consumers are unable to measure the effectiveness of these procedures, it is not recommended that consumers try to salvage any of this contaminated product. If consumers have any of this product remaining in their possession, they should return it to the place of purchase or dispose of it in the garbage.

No illnesses have been reported to date, but symptoms of acute poisoning may include sweating, headache, weakness, nausea, vomiting, hypersalivation, abdominal cramps, and diarrhea. Consumption of Monocrotophos can lead to neurotoxicity and permanent nerve damage.

CDPH and CDPR are working with the U.S. Food and Drug Administration to identify the growers and importers responsible for shipping pesticide contaminated cactus into the United States, so that future shipments can be examined and verified that they are in compliance before making their way into the marketplace.

CDPH recommends consumers experiencing any ill effects after consuming cactus products consult their health care provider. Consumers that observe the product being offered for sale are encouraged to report the activity to the CDPH toll free complaint line at (800) 495-3232.