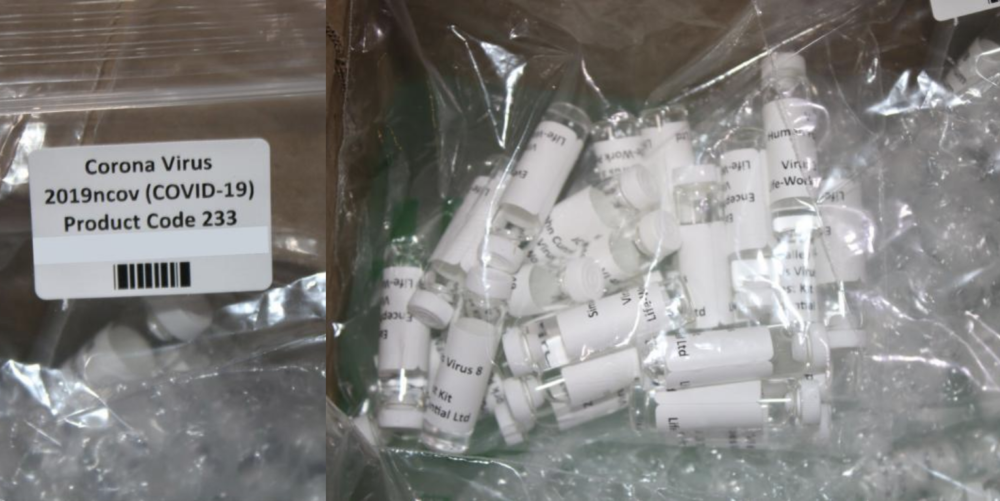 According to a news release, “On March 12, 2020, CBP officers discovered six plastic bags containing various vials, while conducting an enforcement examination of a parcel manifested as “Purified Water Vials” with a declared value of $196.81. A complete examination of the shipment, led to the finding of vials filled with a white liquid and labeled “Corona Virus 2019nconv (COVID-19)” and “Virus1 Test Kit”.  The shipment was turned over to the U.S. Food and Drug Administration (FDA) for analysis.”