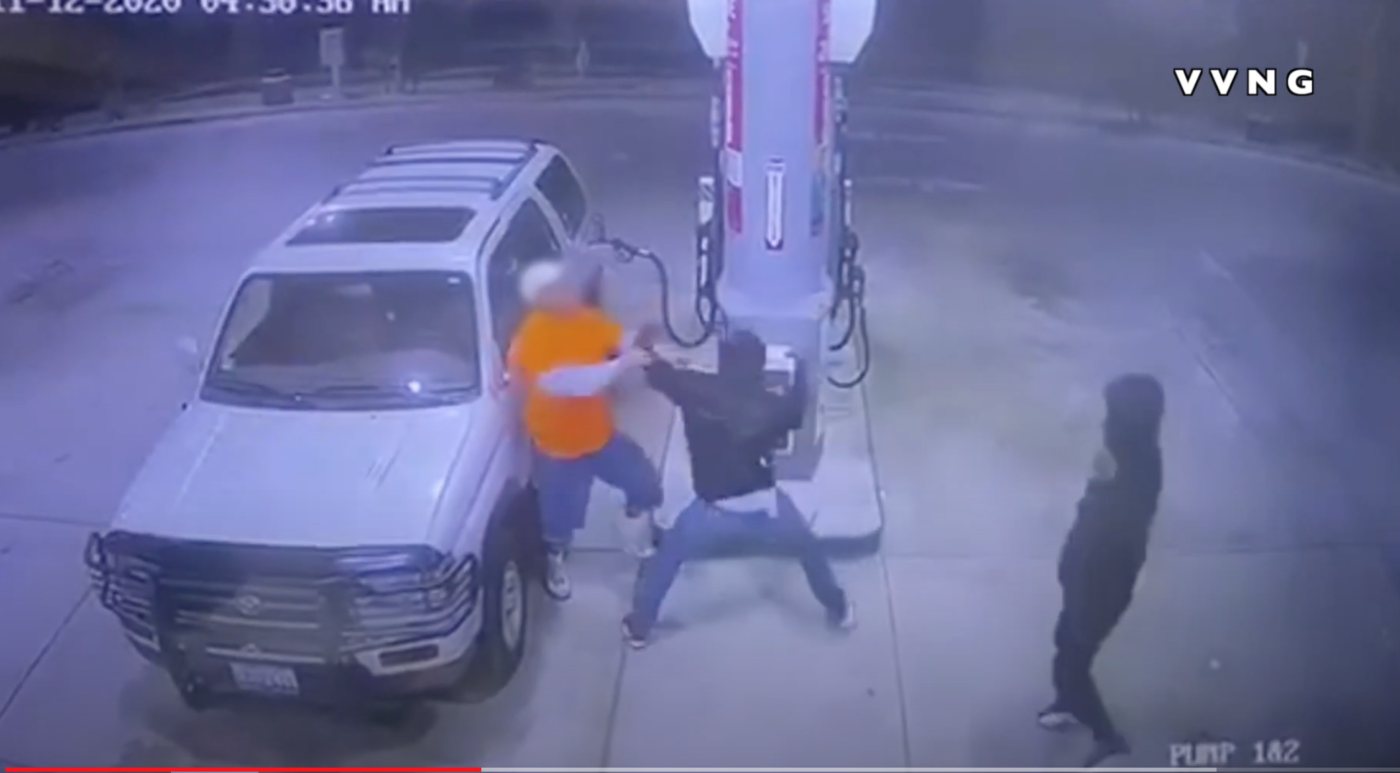 VICTORVILLE, Calif. (VVNG.com) — Two brazen suspects were caught on video as they attacked and then carjacked an elderly man.

After being approached by the suspects, the video shows the victim grabbed his empty pockets to suggest they were empty and made a gestured towards the store.

Seconds later the victim found himself in a violent 2-minute struggle with the suspects before he was dragged out of the driver seat.

Deputies were unable to locate the suspects and the investigation is still ongoing. The victim was transported to a local hospital with minor injuries.

Motorcycle rider airlifted after crash on Sequoia Street in Hesperia