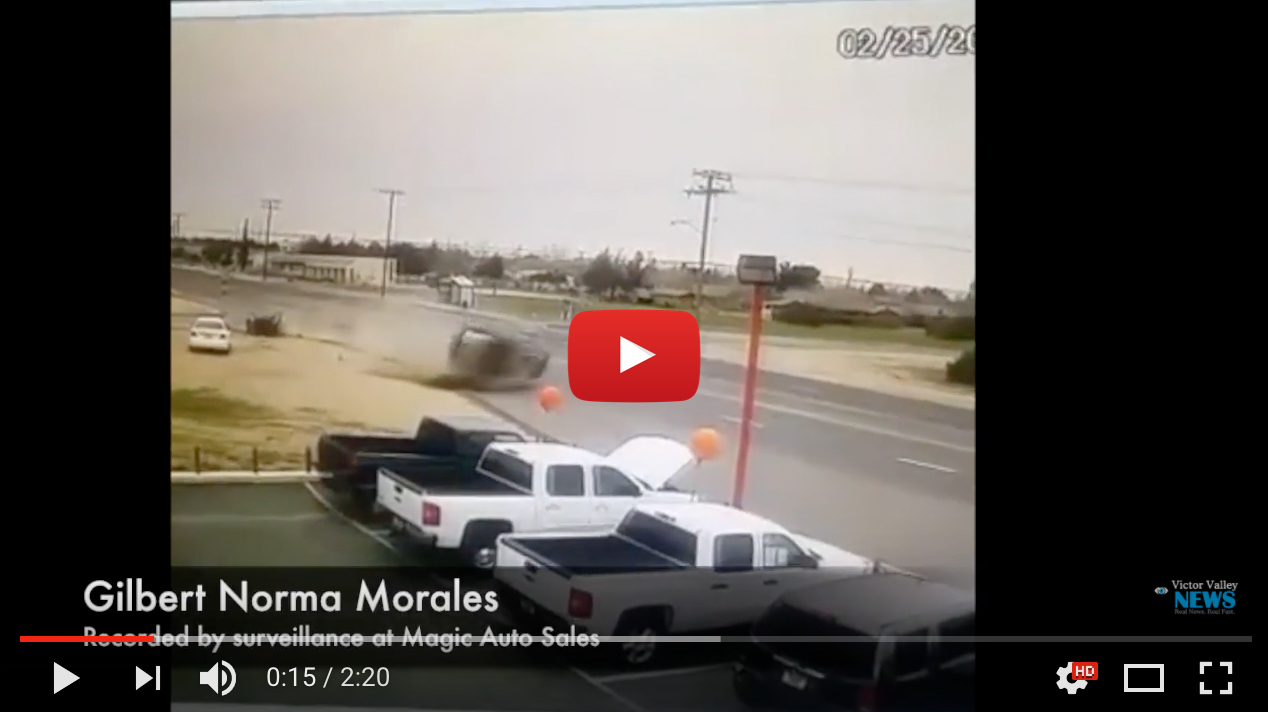 HESPERIA, Calif. (VVNG.com)- A two-car crash caused by a driver who ran a stop sign left two people injured Saturday afternoon and the whole incident was caught on camera.

The rollover collision was reported on February 25th at about 3:00 p.m. on the 14700 block of Main Street in Hesperia near the Magic Auto and Truck Sales car dealership, where their surveillance cameras captured the footage.

A Pontiac Torrent occupied by two adults was traveling eastbound on Main Street approaching Oakwood Avenue when it was slammed into by a woman driving a Honda.

The footage captures the woman plowing through the stop sign without stopping.

Gilbert Morales was the person who posted the surveillance video and additional footage he captured on his cell phone.

“(The) woman stated that she did stop and you can tell by the video that she didn’t. Many good Samaritans came to help,” Morales declared on his Facebook page.

According to Morales, the female driver had a toddler restrained in the backseat. “Everyone is alive,” Morales wrote.

The impact caused the Torrent to overturn on Main Street before coming to rest on its roof in the eastbound lanes of Main Street.

The driver of the Honda and her toddler were not injured in the crash, however, the occupants of the vehicle that was struck were treated for non-life threatening injuries.

Several Good Samaritans rushed to the scene to render aid.

The crash is under investigation by the Hesperia Police Department.