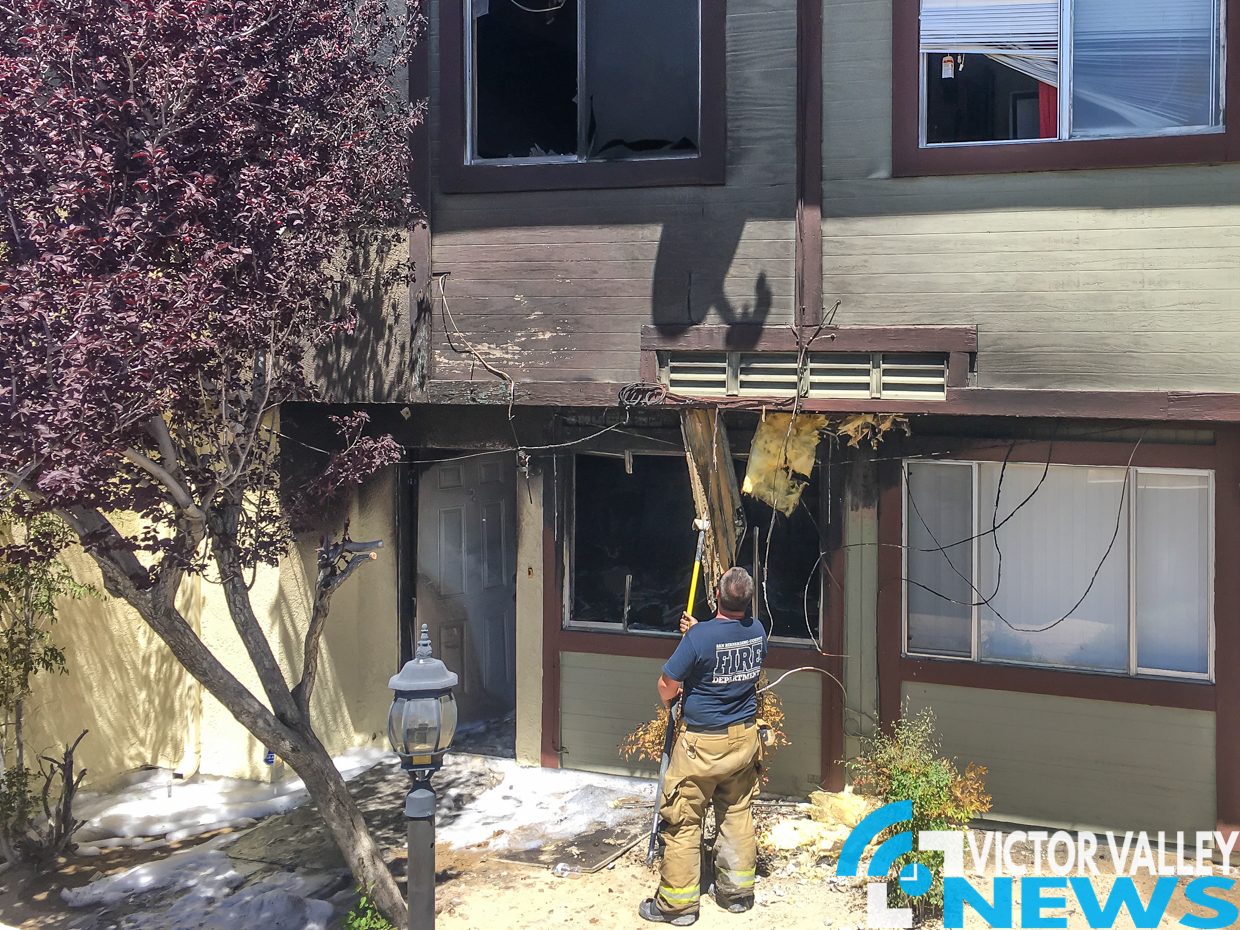 VICTORVILLE, Calif. (VVNG.com) A family of four were displaced and the family cat was killed after a townhome caught fire Friday afternoon.

San Bernardino County Firefighters responded to the 18300 block of Burning Tree Drive for a townhouse on fire at approximately 12:22 pm.

The Red Cross was requested to assist two adults, a 5-year-old, and a toddler that were residing in the unit.

Allen said the family’s cat was upstairs under a bed and died as a result of the fire.

Four paramedic engines, a truck company equipped with a ladder, a battalion chief, and a fire investigator assisted the operation, bringing the total personnel count to 17.

According to National Fire Protection Association, Cooking equipment was the leading cause of home fires and fire injuries, causing 46% of home fires that resulted in 19% of the home fire deaths and 44% of the injuries.

As a reminder, ensure all smoke detectors are properly operating with working batteries.

No other units were damaged by the fire.