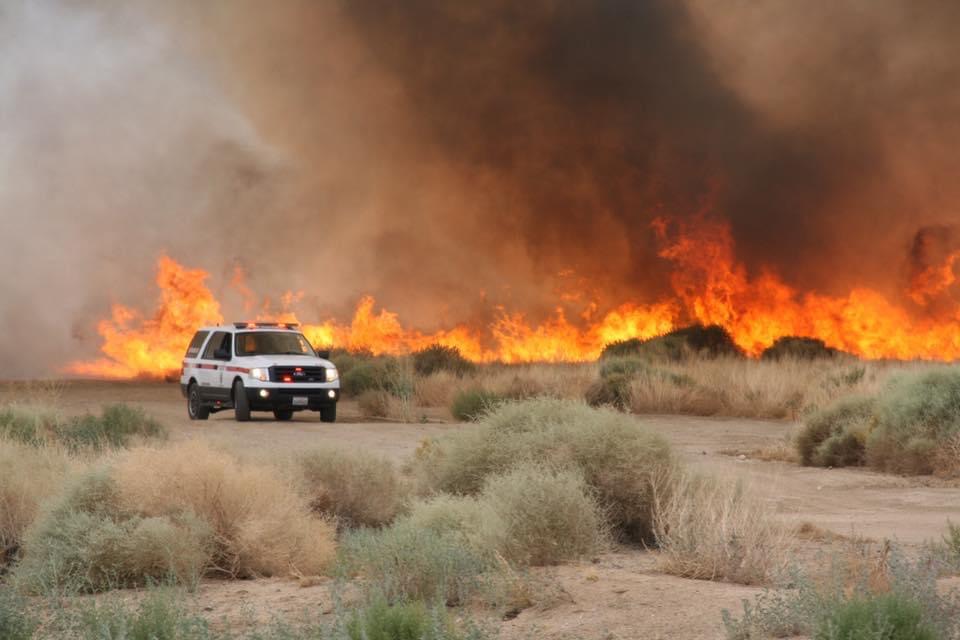 At about 1:00 pm on August 18th a San Bernardino National Forest Battalion Chief passing through the area witnessed a lightning strike, resulting in a fire, stated officials.

The BC reported 2-3 acres in light to medium fuels in the area of Cascade and 4th in the community of Joshua Tree.

San Bernardino County Fire responded to the incident and units at the scene reported passing thunder storms that created unpredictable strong winds which fueled the fire.

Due to the fire’s rate of spread additional San Bernardino County Fire crews were quickly started.

“Despite the high temperatures, erratic winds and extremely dry vegetation crews managed to limit the fire’s spread to 160 acres,” stated a county fire news release. “Crews were successful in keeping the fire to LRA lands and kept the fire from spreads to adjacent BLM land.”

Officials said no structures were immediately threatened or damaged and no injuries were reported. Over 40 County Firefighters worked the incident along with (3) Medic Engines, (3) Brush Engines, (2) Water Tenders, (2) Battalion Chiefs, a Hand Crew and a Safety Officer.

Related Topics:firejoshua tree
Up Next