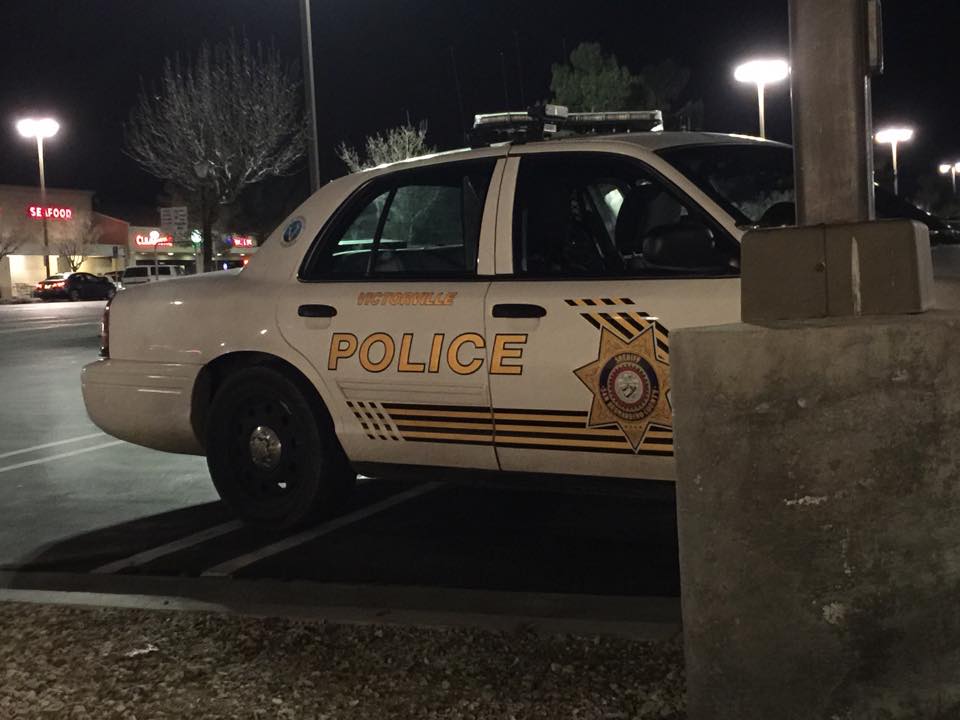 VICTORVILLE: (VVNG.com)- Police responded to the Carl’s Jr located at the corner of Hook Boulevard and Amargosa Road at approximately 9:44 PM on Saturday, December 27, 2014 following a report of an armed robbery at the fast food restaurant.

According to police, three armed suspects entered the business and demanded the employees lay on the floor. Two of the three employees laid facedown on the floor but due to a language barrier the third employee described as a female did not oblige and she was pistol whipped on top of her head.

The robbers emptied the cash registers and made off with an undisclosed amount of cash in a white Ford Expedition. Two of the suspects are described as black males and the third is of an unknown race. A Sheriff’s helicopter was requested to assist in the search of the suspects.

Less than a week ago Jack in the Box located at the corner of Mojave Drive and El Evado in Victorville was also robbed at gunpoint. At this time its unclear if both armed robberies are connected. Read the complete article at: https://vvng.wpengine.com/armed-robbery-at-jack-in-the-box-in-victorville/