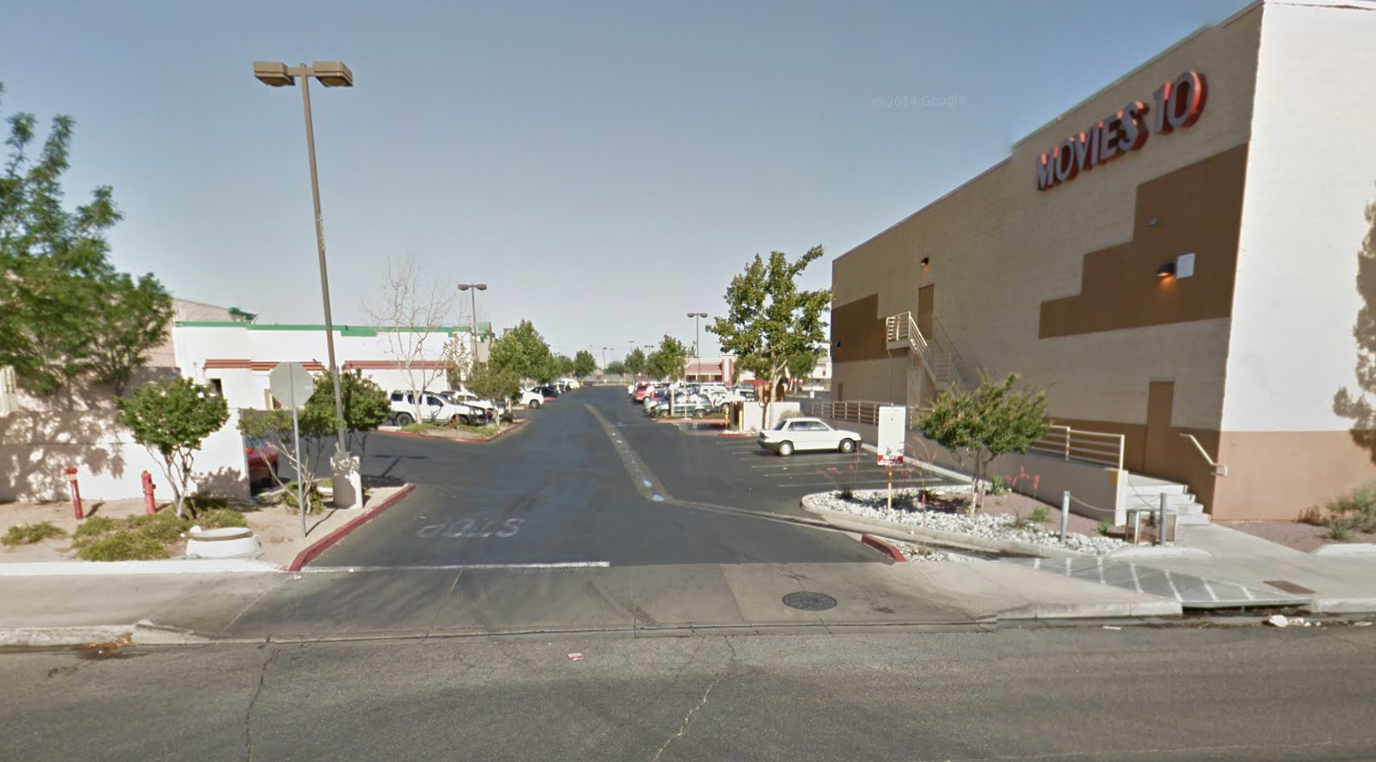 VICTORVILLE: Dispatch received a report of a carjacking that occurred in the Cinemark movie theater parking located at 12353 Mariposa Road on Friday, March 27, 2015.

Per scanner traffic, two suspects pointed a gun at the victim and demanded the keys to the vehicle. The victim complies to the suspects commands.

The vehicle is a 2001 black Ford Mustang. Negative on any injuries to the victims. The vehicle was last seen heading northbound on Mariposa Road.

Approximately 10 minutes later authorities found the stolen vehicle unoccupied in the area of Tokay Street and 5th Avenue near the Food 4 Less shopping center in Victorville.

The suspects are described as two black male adults. Suspect #1 is approximately 6 ft tall, in his 20’s, medium build, wearing a visor and multiple tattoos on both forearm. Suspect #2 is in his 30’s, and no additional description was available.  At this time no details on any possible arrest have been released.