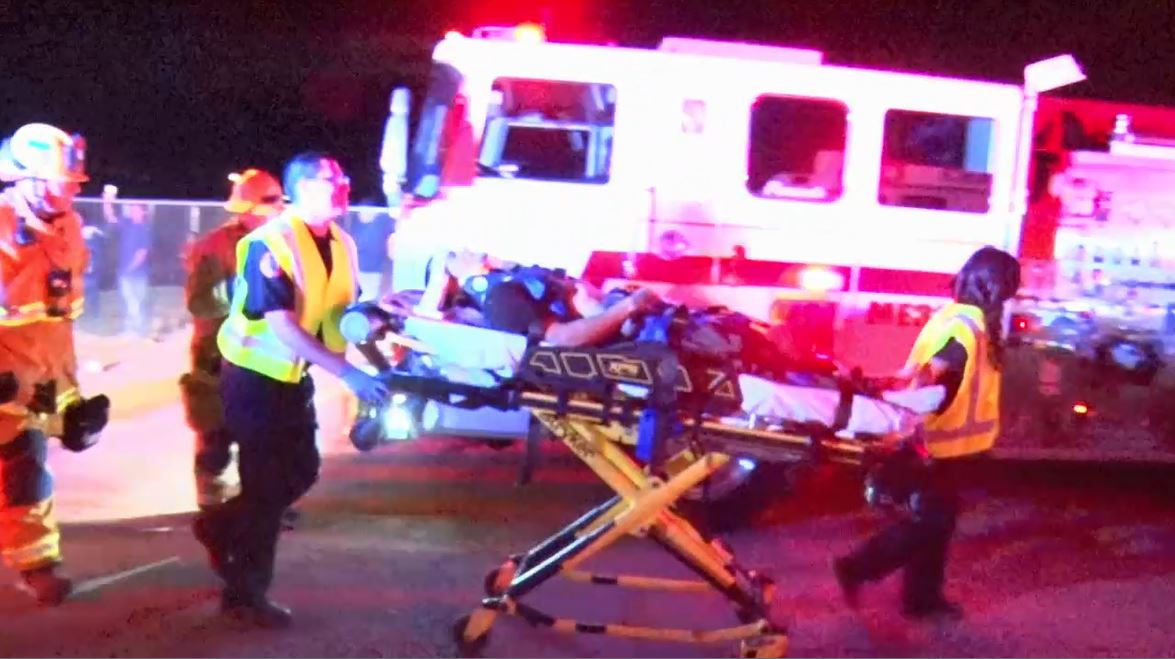 It happened at 6:20 p.m. after dispatch received reports of a carjacking at an apartment complex in the 22000 Block Ottawa Road in Apple Valley.

“The victim told deputies two male subjects pulled into the driveway of his apartment complex in a dark-colored vehicle they exited their vehicle and approached the victim who was sitting in his 2004 white Toyota Tacoma. One of the suspects began arguing with the victim and produced an unknown caliber handgun and threatened to shoot him. Fearing for his life, he exited his vehicle, leaving the keys in the ignition and fled into his apartment,” described sheriff’s officials in a news release.

One of the suspects fled the area in the victim’s truck which was later located in Lucerne Valley. The Lucerne Valley deputies attempted to conduct a traffic stop on the vehicle, but the driver fled from them and a pursuit ensued.

The pursuit continued westbound on Highway 18 into the Town of Apple Valley. Spike Strips were deployed on Highway 18 and the suspects right front tire was punctured.

Deputies located the suspect vehicle on Sitting Bull Road and conducted a Pursuit Intervention Technique (PIT) Maneuver causing the suspect to lose control of the vehicle.

The suspect vehicle rolled over one time coming to rest on the left driver side of the vehicle.

The Apple Fire Protection District and Emergency Medical Services responded to the scene and extricated the suspect, later identified as Jacob Hume, from the vehicle.

Hume was taken into custody without further incident and taken to Arrowhead Regional Medical Center for treatment. Hume was subsequently booked into West Valley Detention Center.

This is an ongoing investigation and there is still one suspect outstanding.