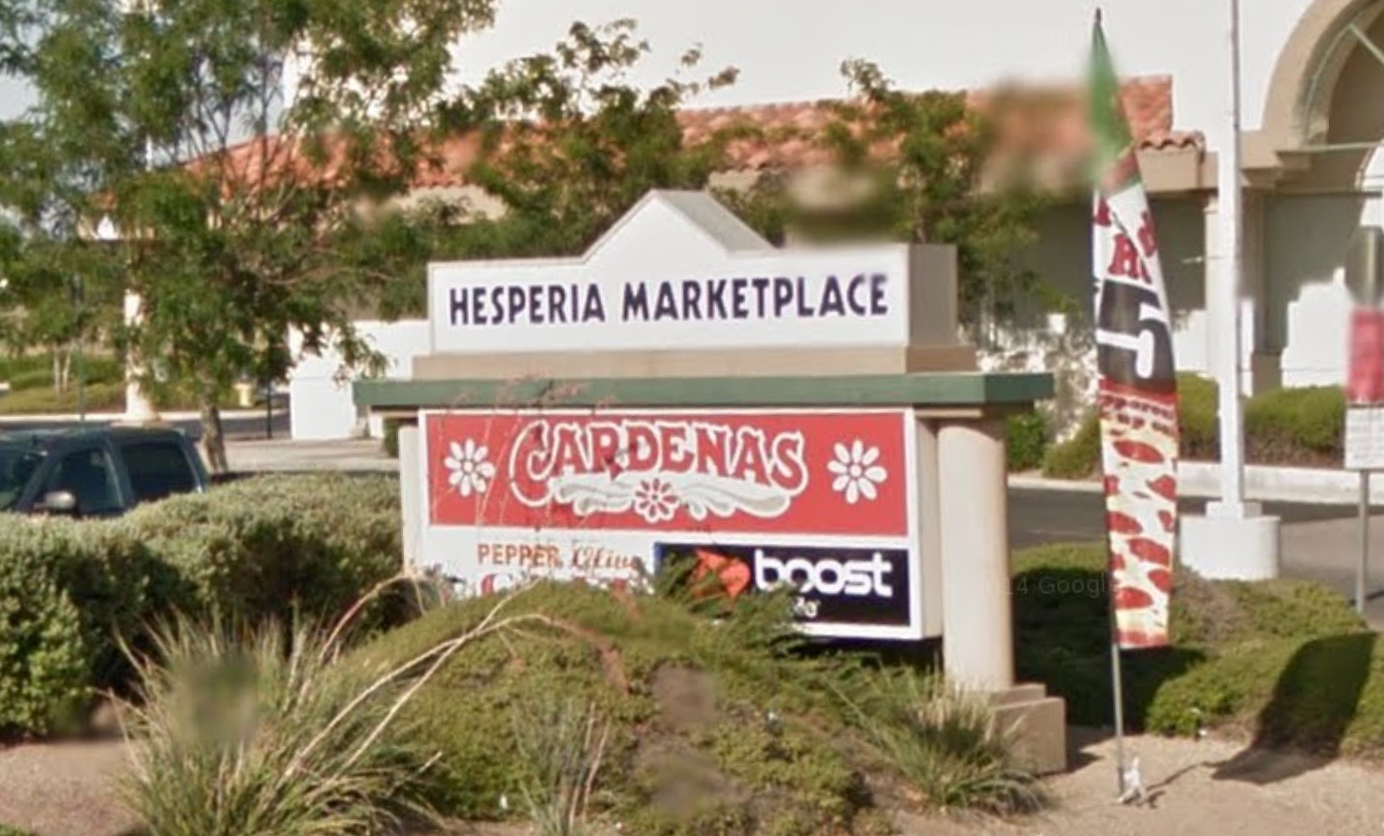 HESPERIA:(VVNG.COM)- On Tuesday September 2, 2014 at approximately 6:00 a.m., Sheriff’s Dispatch received a call reporting that Cardenas Market on Main Street and 11th Avenue in Hesperia was robbed at gunpoint.

[googlemap src=”” align=”alignright” ]According to reports, three Hispanic male suspects held various employees inside the office at gunpoint forcing one female employee to give the robbers the keys to the safe. A fourth suspect also described as a Hispanic male served as a look out outside of the store while the robbery was in progress.

The suspects threatened not only her, but all the employees in the office, saying they “know everyone”. An undisclosed amount of cash was taken, a cell phone belonging to an employee was also taken along with her vehicle that was later recovered by police.  At the time of the robbery the store was not open for business.

Police responded and conducted an investigation obtaining fingerprints, witness interviews and store surveillance footage. At this time Victor Valley News is working on obtaining suspect photos or video to share with the public.

The incident is being investigated by the Hesperia Police Department. If you have any information that may lead to the suspected please call (760)947-1500.