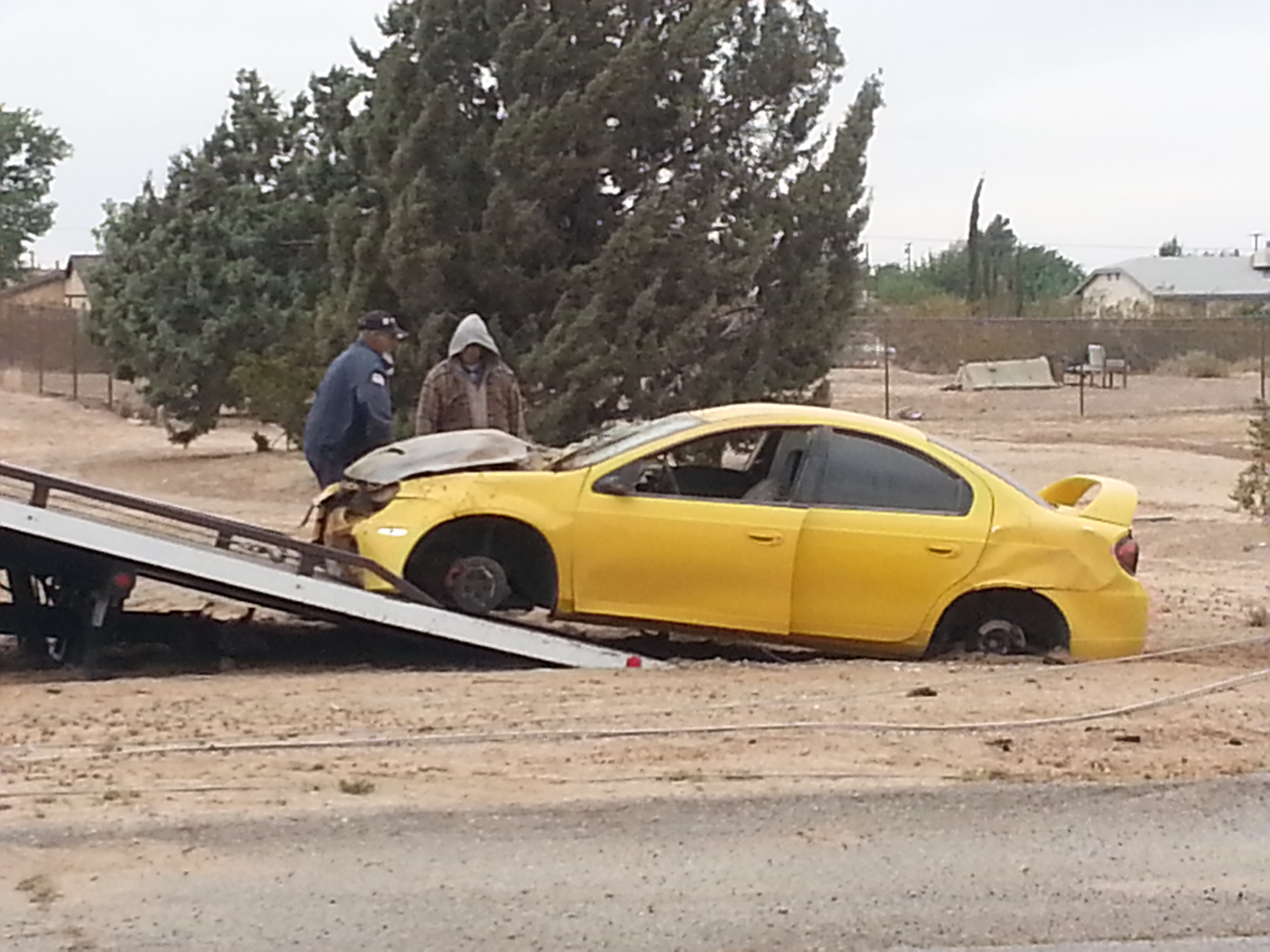 A traffic collision involving a car vs. power pole was reported just after 9a.m., Sunday morning. The collision caused a power outage in the City of Hesperia, which affected several Hesperia residents. The collision occurred on Locust Ave., just north of Lilac St.

Brave bystanders rushed to the scene and immediately pulled the solo occupant from the vehicle. Emergency personal arrived swiftly and took the victim by ground ambulance with conditions unknown at this time.

According to a close by resident, he believes the driver, who was driving north down Locust Ave.,  may have sustained a blown tire. However, no reports of exact cause have been released.

Hawthorne Suites Hotel in Hesperia located on Amargosa Rd., placed a call into dispatch to report hotel guests were stuck in the elevator. They called back moments later to report that the trapped guests had been released. 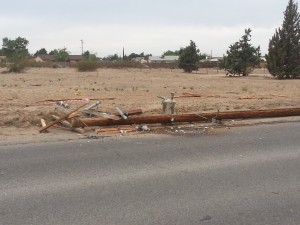 To follow this story and more, please join our live group with over 12,400 local members,