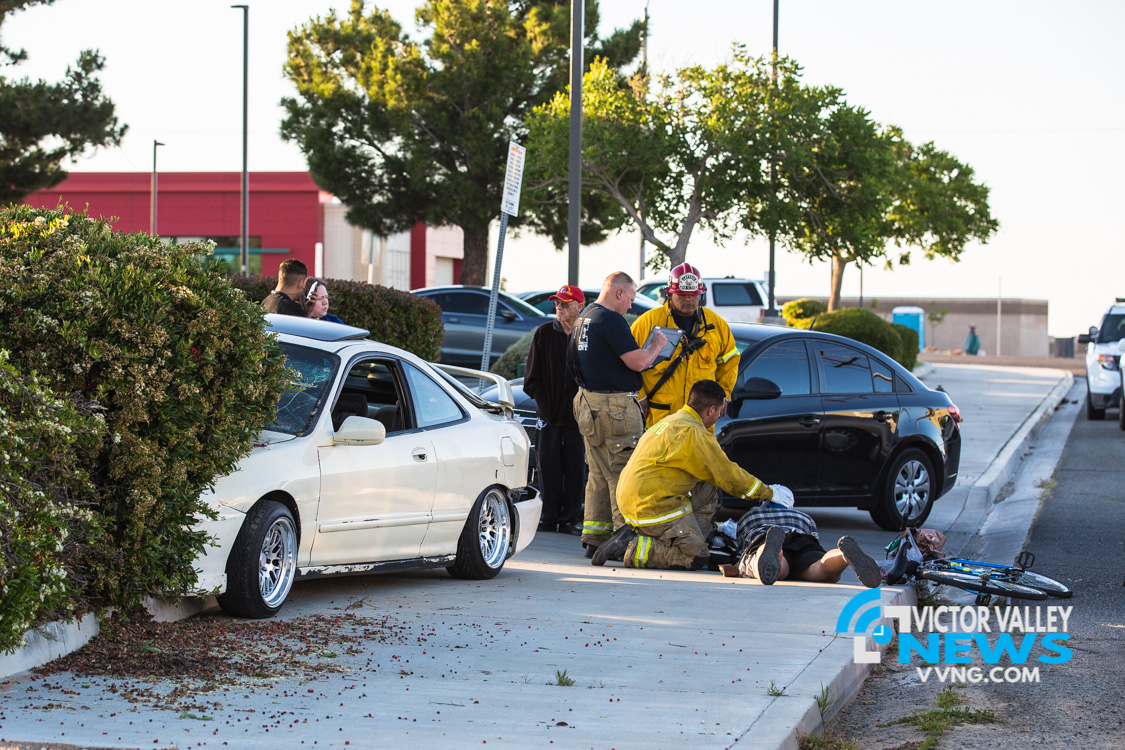 VICTORVILLE, Calif. (VVNG.com) A car that was rear-ended collided into a bicyclist Friday evening.

On April 28, 2017, at around 6:40 p.m. deputies responded to Del Gado Road near Palmdale Road for a traffic collision involving a pedestrian.

The driver of the white Acura said he was rear-ended by a Cadillac after he stopped his vehicle to allow the bicyclist to cross the road.

The impact of the collision sent the Acura directly into the path of the cyclist knocking him to the ground.

The bicyclist sustained abrasions to his hands, face, knees, and arms.

He was transported by ground ambulance to Arrowhead Regional Medical Center for treatment. His injuries did not appear to be life-threatening.

The Victorville Sheriff’s Department is investigating the crash.