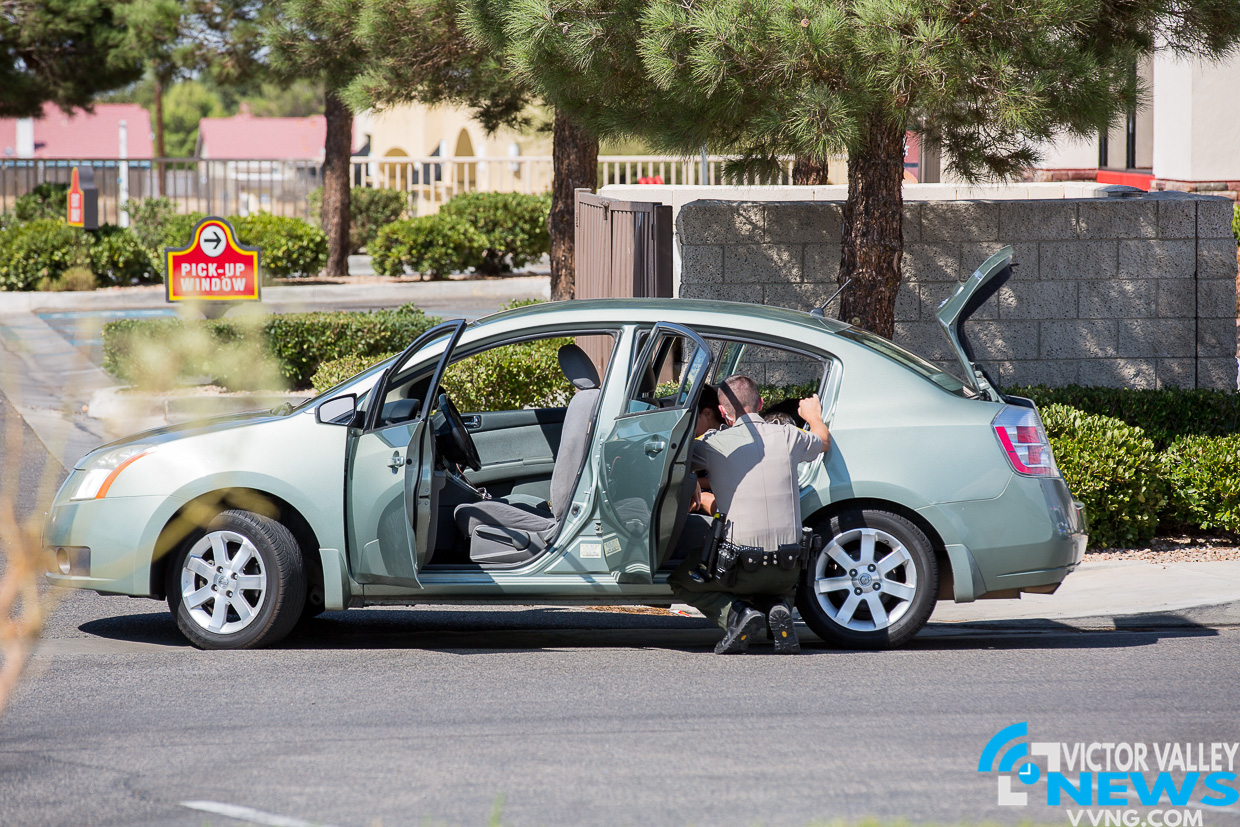 Just before 2:30 p.m., on September 7th the Hesperia Police Department was alerted to a possible stolen vehicle traveling westbound on Main Street.

The vehicle, a green 2007 Nissan Sentra, was taken during a carjacking in Los Angeles on August 27th and the suspect was considered to be armed and dangerous, scanner traffic reported.

Deputies from the Victorville Police Department assumed the call when the suspect, Luis Gonzalez, drove the vehicle into the city of Victorville. Deputies initiated a felony traffic stop on the vehicle in the parking lot of Wendy’s on Bear Valley Road and Dunia Road.

“The vehicle was occupied by the suspect, his three minor children, and a 16-year old female who was related to the children. All occupants were unharmed, and the juveniles were released to the custody of a family member,” sheriff’s officials said in a news release.

Gonzalez was taken into custody without incident and booked at High Desert Detention Center for possession of a stolen vehicle. His bail is set at $50,000, according to arrest records.

Car crashes under semi in Hesperia