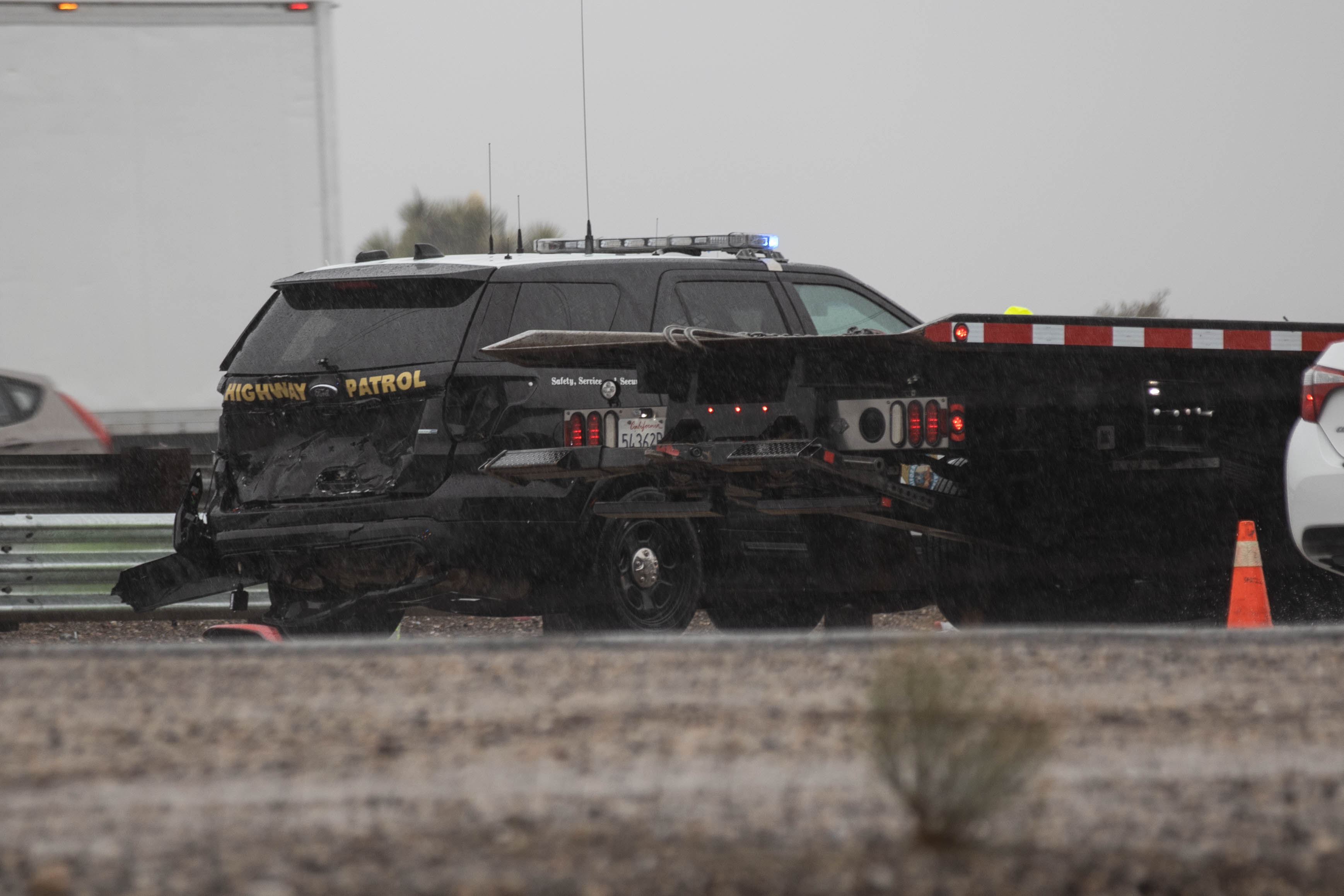 HESPERIA, Calif. (VVNG.com) — A California Highway Patrol officer was injured after his patrol unit was struck by a vehicle while he was parked along the center divider of the 15 freeway Thursday morning.

At about 8:40 am an officer responded to a traffic collision involving a blue Toyota Prius that had spun out and crashed into the guardrail in the area of the northbound 15 freeway and Ranchero Road in Hesperia.

A CHP officer responded and stopped his patrol vehicle behind the Toyota with his emergency lights activated and requested a tow truck.

Approximately 15 minutes later, the officer reported a second crash at the same location, this time involving himself.

According to the CHP incident logs, the officer was seated in his patrol vehicle when a silver Mercedes Benz struck his car from behind.

At 9:24 am a SigAlert was issued and expected to remain in effect for 1 hour. Tow trucks have arrived and are working to clear the vehicles from the center divider.

The preliminary investigation indicates the speed of the Mercedes Benz on the wet roadway may have been a contributing factor.