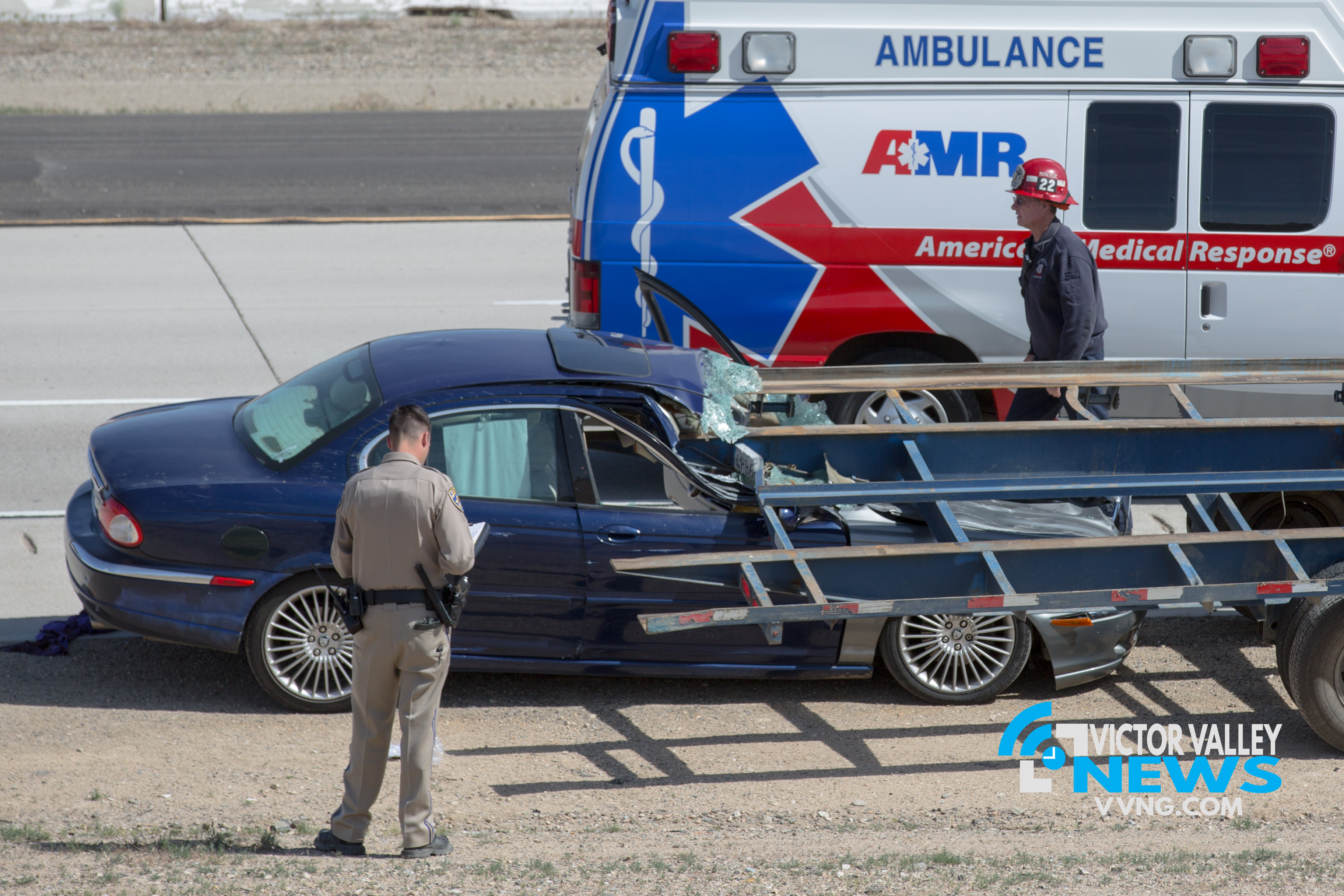 VICTORVILLE, Calif. (VVNG.com) A man was badly injured when his 2004 Jaguar slammed into the rear of a 5-ton work truck Wednesday afternoon.

At 2:44 p.m. San Bernardino County Fire and the California Highway Patrol responded to the southbound I-15 freeway near Stoddard Wells Road reference a traffic collision.

For reasons still unknown, the car hit the rear of the trailer and went halfway underneath it smashing through the windshield. The driver sustained major injuries and was removed from the vehicle with assistance from firefighters.

The driver, and sole occupant, of the vehicle was airlifted to Arrowhead Regional Medical Center. His condition remains unknown.

Based on preliminary investigation reports, both vehicles were traveling in the no. 3 lane. The Jaguar was behind the truck traveling at a high-rate of speed. Attempting to pass the truck the Jaguar entered the no.2 lane but didn’t get over in time and smashed into the back of the trailer, CHP officials said.

The driver of the truck was not injured.

Southbound traffic on the freeway was backed up due to crash.

The Victorville CHP is investigating the cause of the collision.