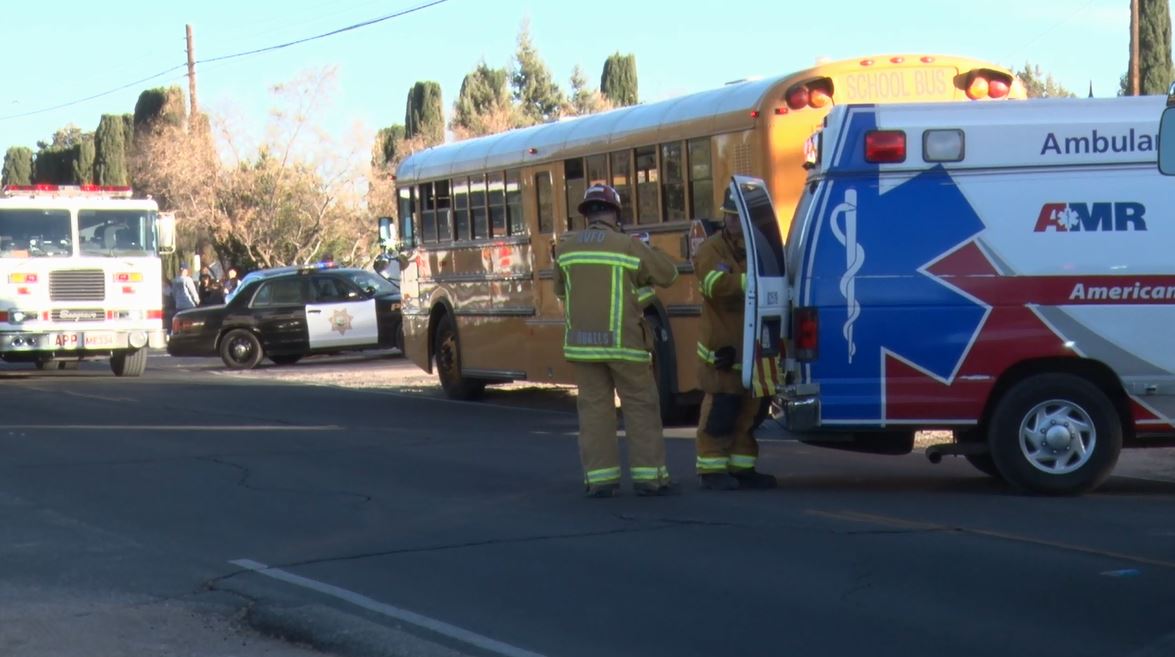 It happened at about 3:15 pm, on Yucca Loma Road near Hopi Road in Apple Valley.

Due to the large number of possible injuries, an MCI (mass casualty incident) response was requested to the scene.

When units arrived, they located a sedan which had rear ended the school bus.

The school bus was occupied by 48 students and adults at the time of the crash, scanner traffic reported.

The vehicle was occupied by an adult female and two juveniles in the back seat. All three were transported to St. Mary’s Medical Center. The driver was airlifted via Mercy Air ambulance and flown to a trauma center.

The students onboard the bus were transferred to a second school bus to be taken to their assigned drop off locations.

Students complaining of pain were evaluated at the scene by firefighters with the Apple Valley Fire Protection District.

Apple Valley school district officials confirmed no students on the bus were injured.

The investigation is being handled by the California Highway Patrol – Victorville division. 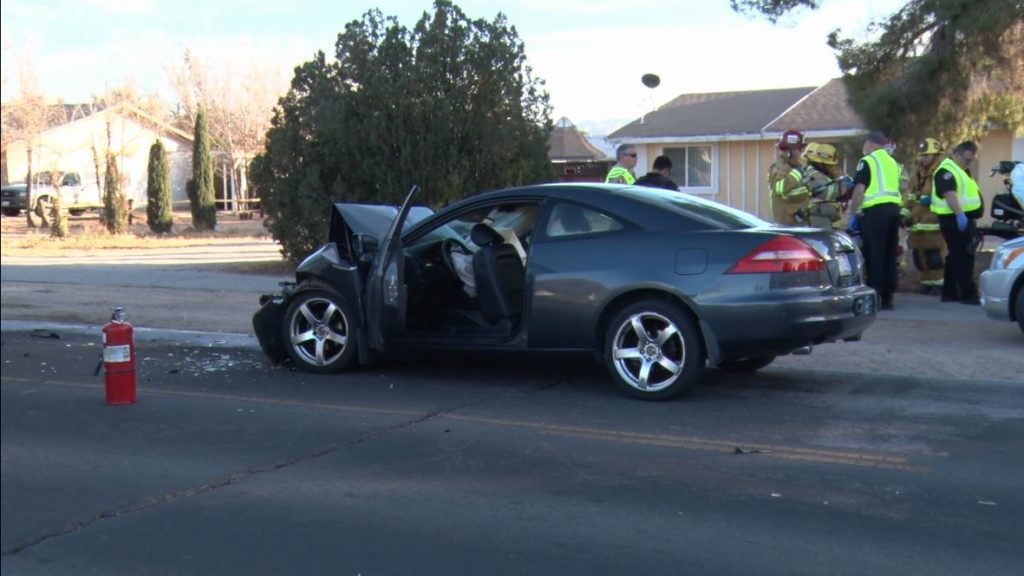