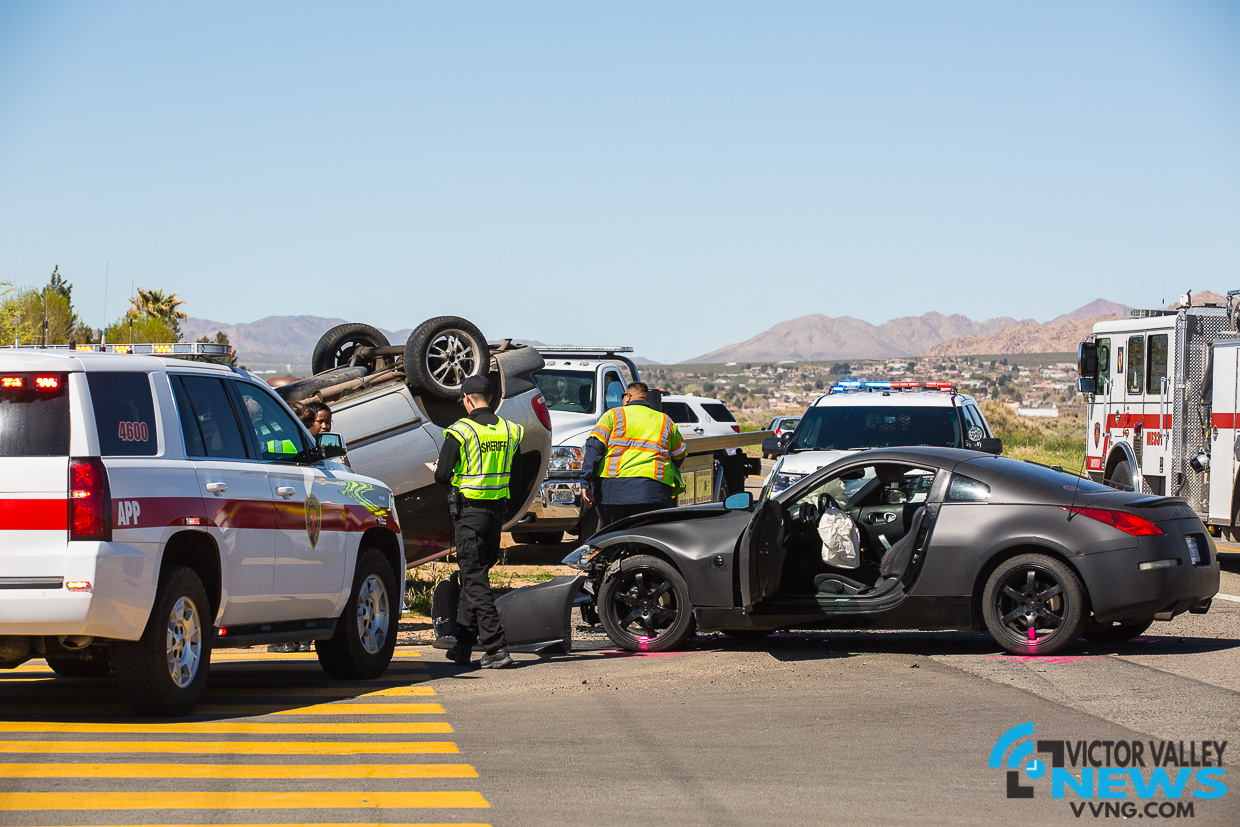 APPLE VALLEY, Calif. (VVNG.com) A 2-year-old girl sustained only minor injuries after the vehicle she was in rolled over during a traffic collision Thursday afternoon.

The two-vehicle traffic collision was reported at 2:07 p.m., at the intersection of Central Road and Ramona Avenue in Apple Valley.

Authorities arrived on scene and located a black Nissan Z with front end damage and a Dodge Caravan on its roof.

According to authorities, the driver of the Nissan, Jose Escobar, 18, a resident of Victorville, was traveling northbound on Central Road approaching the intersection of Ramona Avenue.

Kimberly Monterroso, 24, a resident of Apple Valley, was traveling eastbound on Ramona Avenue when she entered the intersection and collided into the Nissan causing the van to rollover and land on its roof.

The driver of the Dodge Caravan sustained a minor injury and was treated on scene. The passenger an adult female was uninjured and a 2-year-old female who was in a car seat were transported to St. Marys’ with unknown injuries.

The Driver of the Nissan was uninjured. His female passenger was transported to St. Marys’ for a complaint of pain. Both vehicles sustained major damage and had to be towed from the scene.

The collision is currently under investigation by the San Bernardino County Sheriff’s Department in Apple Valley. Anyone with information is encouraged to contact Apple Valley Police at 760-240-7400.