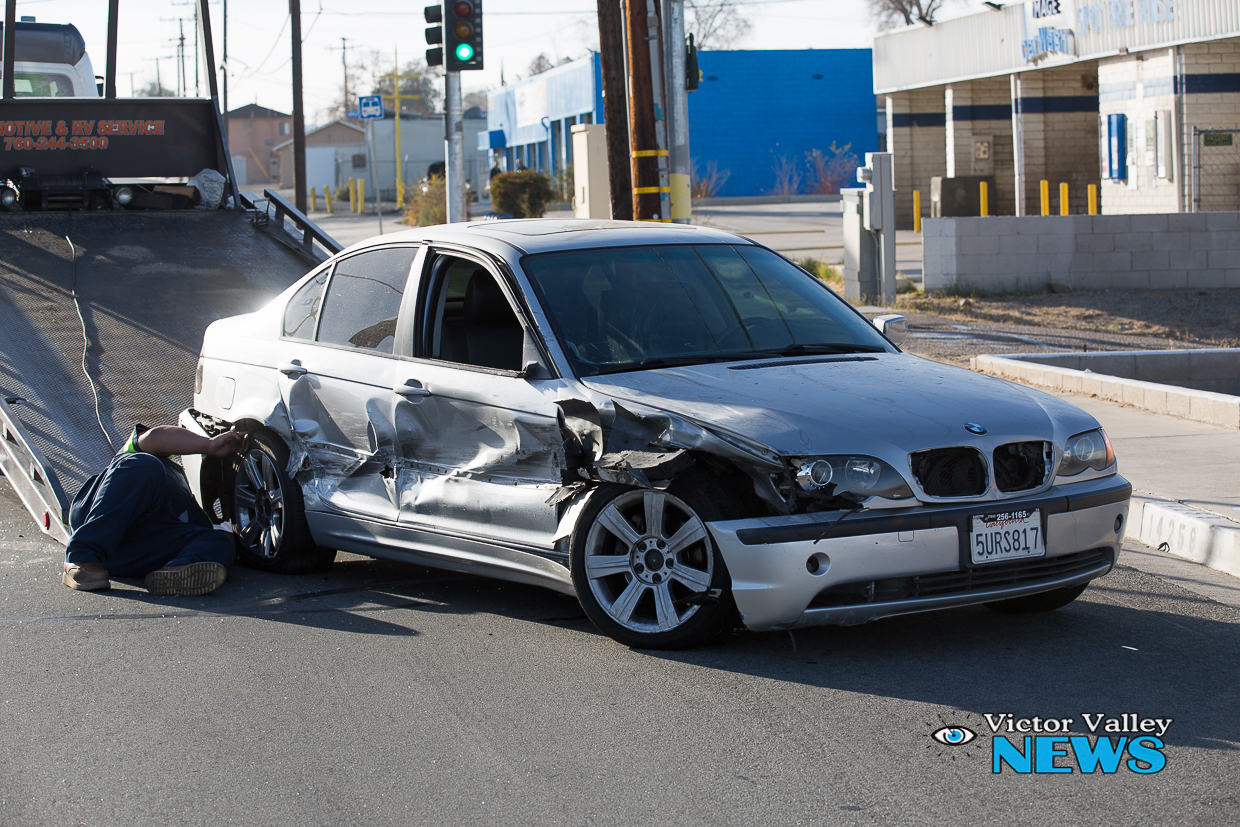 The collision occurred at approximately 8:04 a.m on Hesperia Road at the intersection of Crestview Drive involving a Toyota SUV and an older model BMW.

The white Toyota Highlander was traveling westbound on Crestview through the intersection attempting to make a left turn with the green light.

The silver BMW was traveling northbound on Hesperia Road when it ran the red light, causing their vehicle to clip the front of the Highlander, according to Deputy Chris DeKeyrel of the San Bernardino County Sheriff’s Department.

Both parties were transported to a local hospital after reporting pain. Two occupants were in the Highlander, a woman and a child, and one person in the BMW.

Hesperia Road is expected to reopen around 9:00 a.m. when accident debris and vehicles have been removed.

The accident is still under investigation to determine if there were any other factors resulting in the collision.

For more news join Victor Valley News group on Facebook with over 84,000 members.