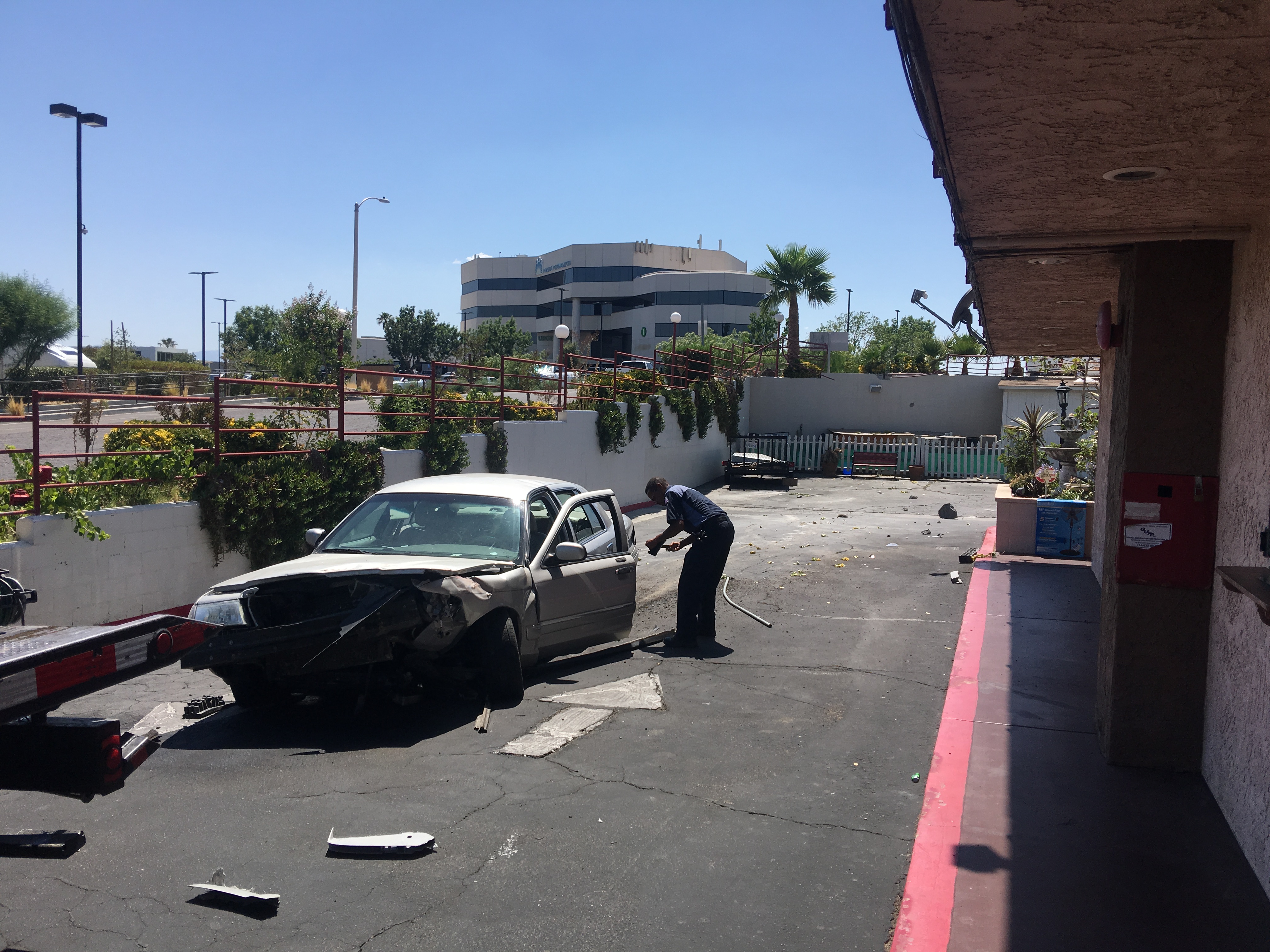 VICTORVILLE, Calif. (VVNG.com) A crash usually seen only in a Hollywood movie was captured on surveillance video Friday afternoon.

At about 2:00 pm, June 23, 2017, a vehicle was traveling along Park Avenue in Victorville when it veered off the roadway and plunged about 20 feet.

The vehicle jumped the curb, crashed through metal fencing and slammed down into the parking lot of the Park Avenue Inn.

All four male occupants exited the vehicle and were evaluated at the scene by medical personnel.

According to San Bernardino County Sheriff’s deputy J. Dean no arrests were made.

The hotel sustained an unknown amount of property damage, however, no other injuries were reported as a result of the collision.

The cause of the crash remains under investigation by the Victorville Sheriff’s Station. 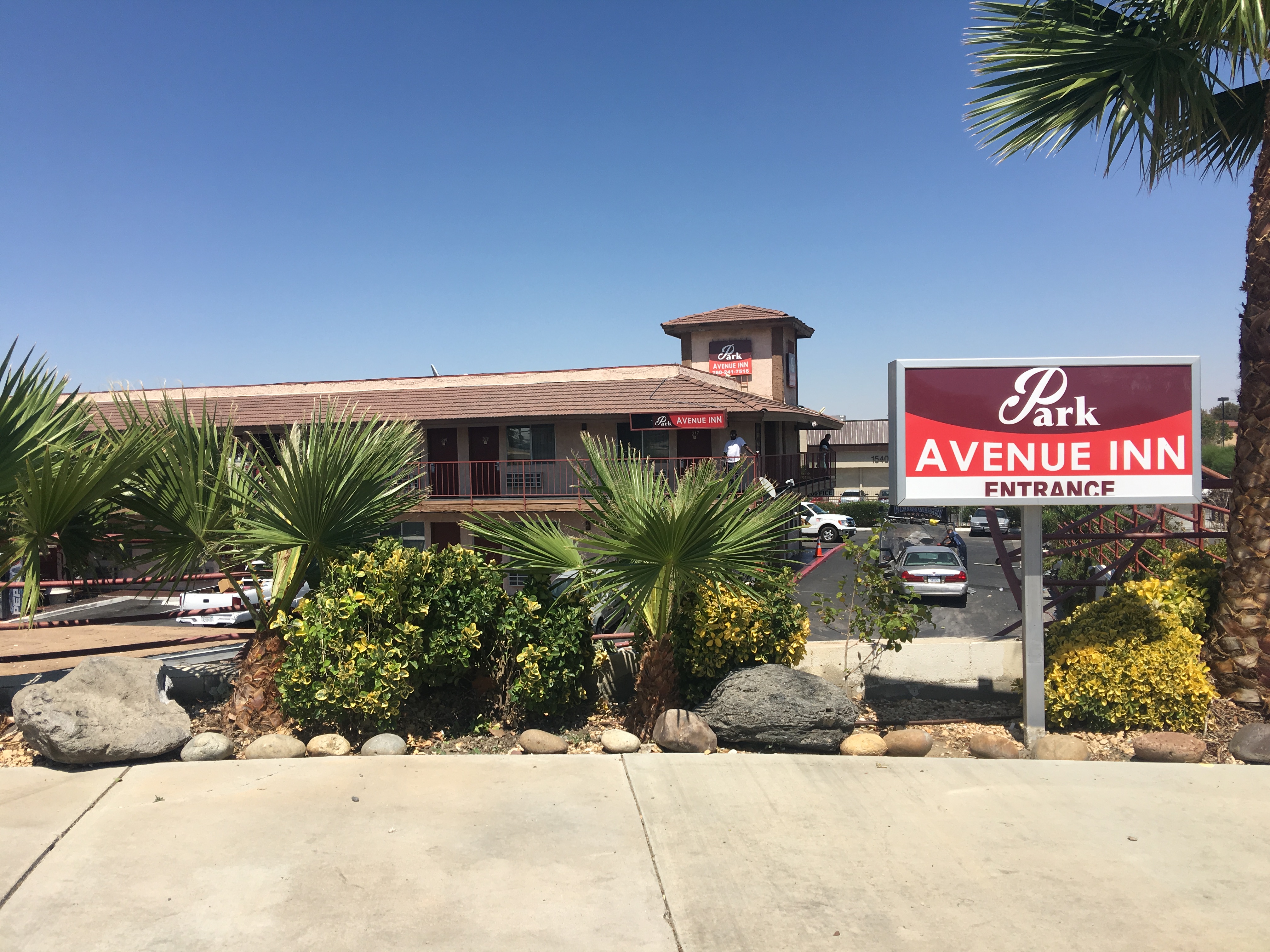