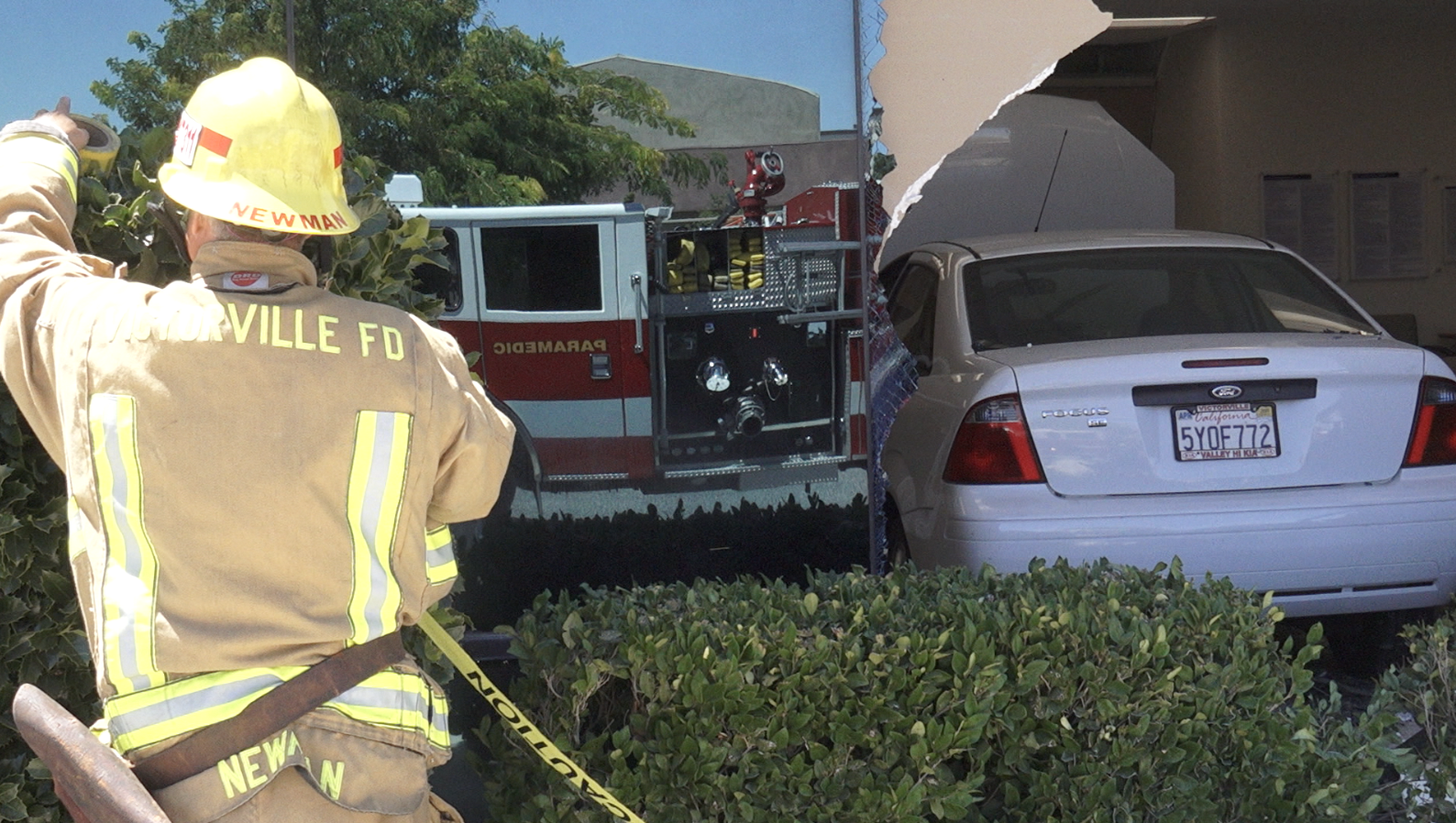 VICTORVILLE, Calif. (VVNG.com) A driver and several others were injured after a car drove through the front of an urgent care building in Victorville.

Personnel from the Victorville Fire Department and police department responded and found a white Ford Focus lodged inside the building.

The driver, a 92-year-old man, was transported by ambulance to a hospital and required immediate medical attention, scanner traffic reported.

Three other people who were inside the building at the time reportedly sustained minor injuries and were taken to various hospitals.

“We were parked two spots down from here. We saw him get into his car and reverse at first, and then he just went straight through,” a witness told VVNG. “We ran into the building to check on everyone. A few were hurt, including the elderly driver. He was really confused and out of it.”

Firefighters evacuated the building as a safety precaution.

As of 2:30 p.m., no update on the driver’s condition was available.