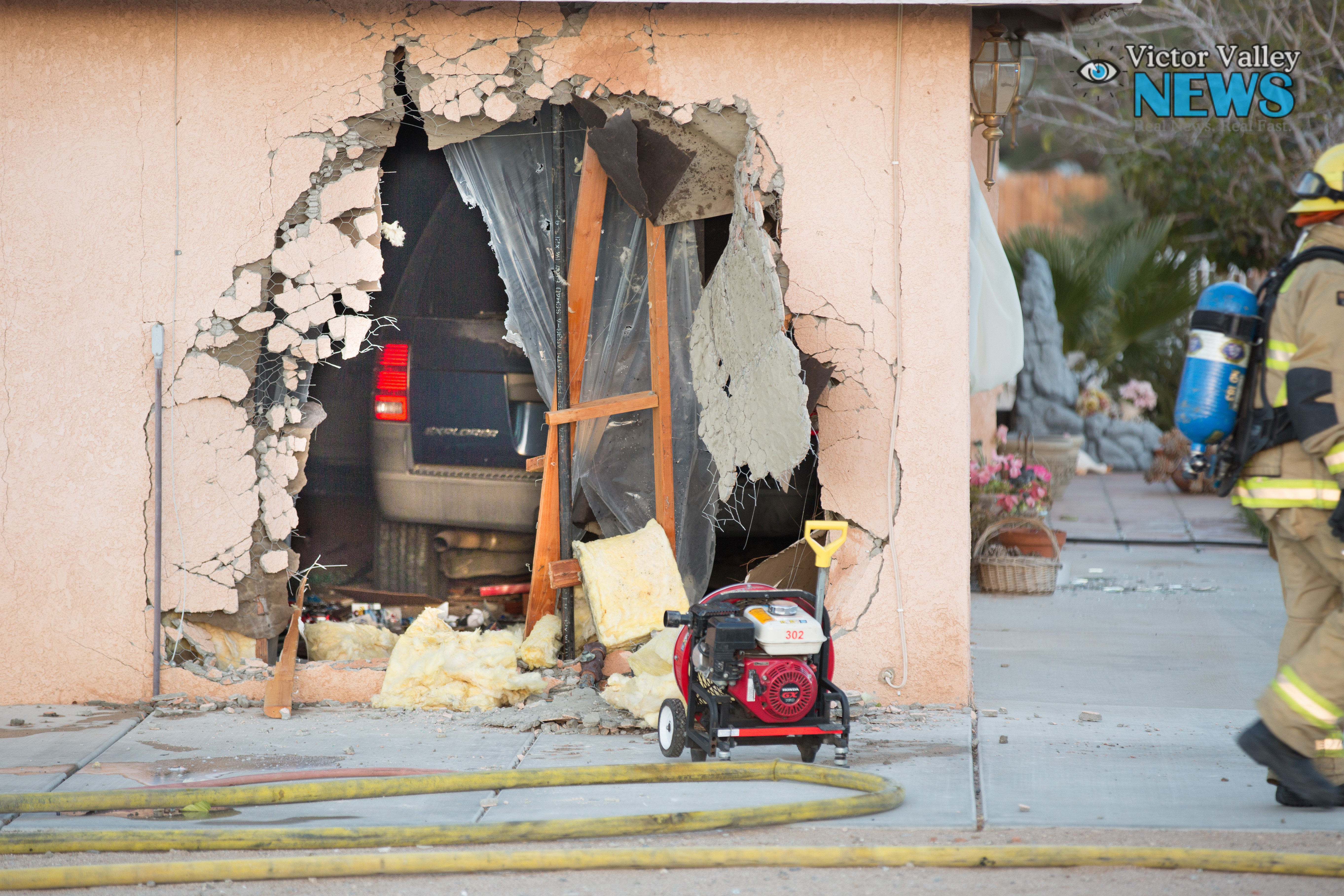 HESPERIA, Calif: (VVNG.com) An elderly woman came only feet from being struck by a vehicle that entered her home on Sunday afternoon.

Emergency personnel responded to the 15500 block of Smoketree Street at approximately 4:10 p.m., and located a vehicle that plowed through the residence.

A young man said he was throwing out the trash when he saw smoke coming from his neighbor’s home. “I thought the house was on fire and ran across the street, I didn’t realize at first that an SUV was inside the house,” stated Jeremy, a nearby resident.

When Jeremy arrived at the house, three other Good Samaritans, Sergio Duarte, Jack Moore, and Mark Philistine had already turned off the gas line and assisted in opening doors to allow ventilation from gas fumes.

The elderly woman was in her living room when the Ford Explorer smashed through her house coming to rest within a close proximity to the woman.

The Ford charged through a chain link fence prior to crashing into the home. The female driver was interviewed by sheriff’s and evaluated by paramedics on scene. It’s unknown if the driver suffered any injuries.

Hesperia Building and Safety were called to the scene to check the integrity of the single-story dwelling.