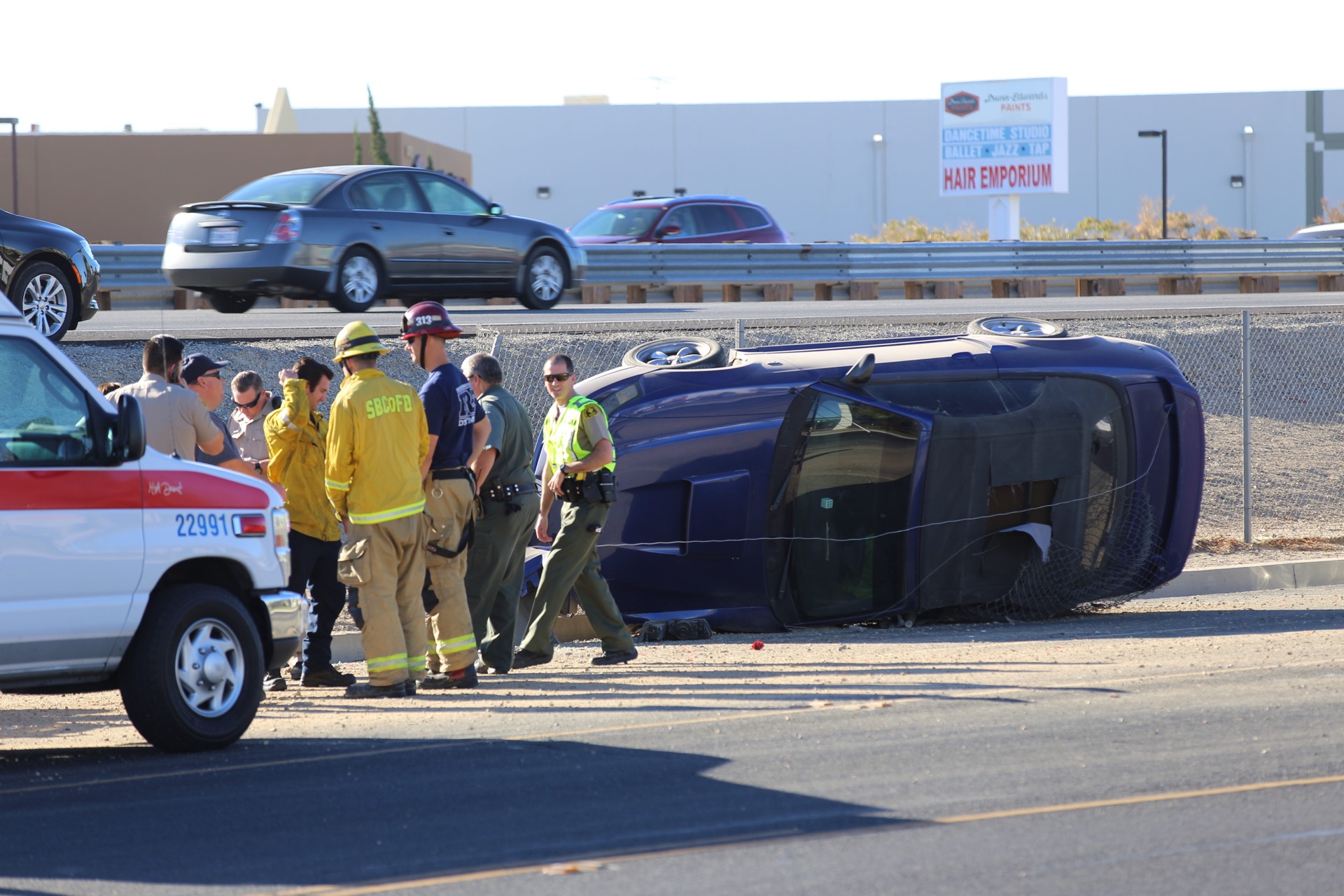 The single-vehicle accident involving a purple Ford Mustang was reported at 8:58 am on Friday, October 21, 2016.

According to preliminary reports, the Mustang was traveling on the southbound 15 when for unknown reasons the vehicle came off the freeway and crashed through a perimeter fence.

The vehicle landed on its side on the 12600 block of Amargosa Road near the Alaska USA Federal Credit Union.

No major injuries were reported as a result of the crash.

The California Highway Patrol is investigating the incident. More information will be updated as it becomes available.

For the latest news in real-time join the conversation in our Facebook group with over 80,000 members: Victor Valley News