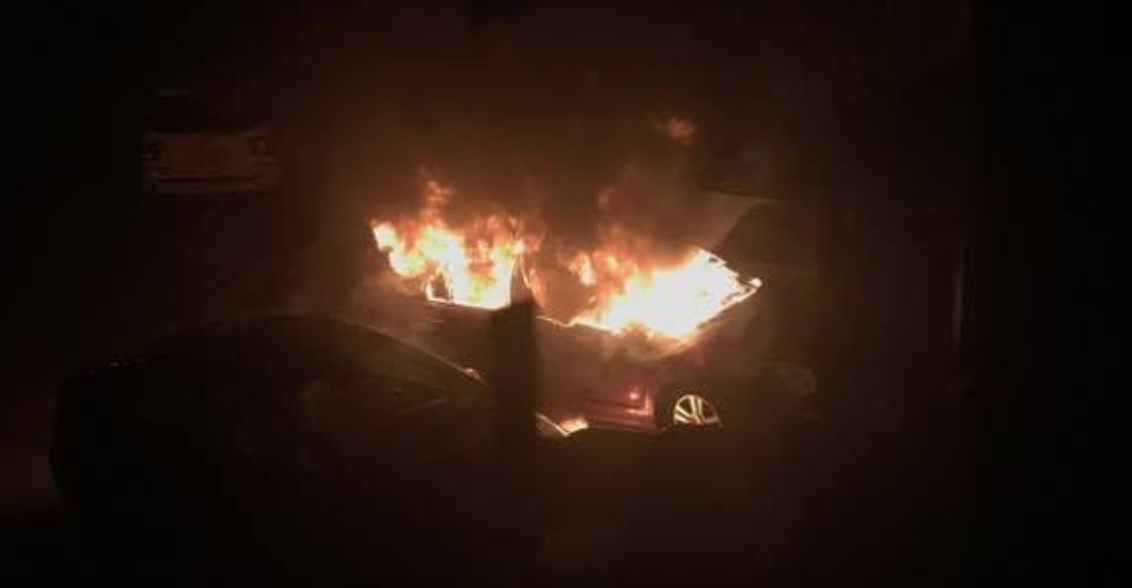 At 2:50 am,  San Bernardino County Fire Medic Engine 40 and it’s crew responded to a vehicle fire in the 8800 block of Palo Alto in Hesperia.

“The reporting party called and advised their vehicle was parked in front of their residence and was fully engulfed,” stated Hesperia Sheriff’s Spokeswoman Jackie Chambers.

Firefighters arrived and located a 2006 red Ford Fusion fully engulfed vehicle in the driveway of the residence.

According to San Bernardino County Fire Spokesman Eric Sherwin, they received half a dozen calls meaning the fire was very visible to people.

Firefighters had knocked down the fire within 10 minutes and were able to prevent the fire from spreading to nearby structures. No injuries were reported as a result of the fire.

Sherwin told Victor Valley News, the official cause of the fire remains under investigation and he did not see anything in the call that would point towards arson. “No investigator was requested and the final report will be coming from the local station.” 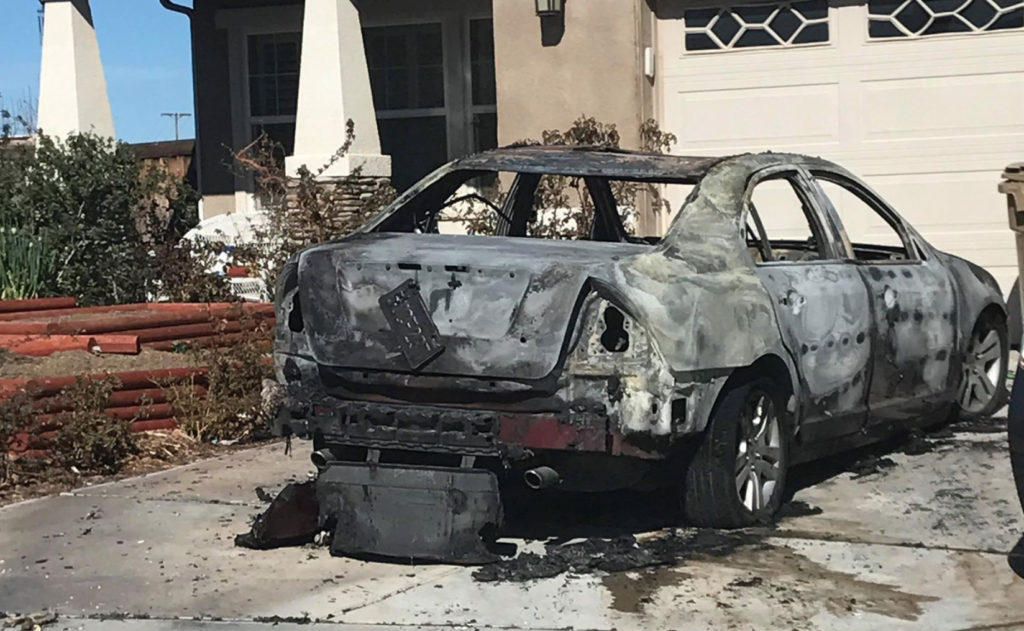