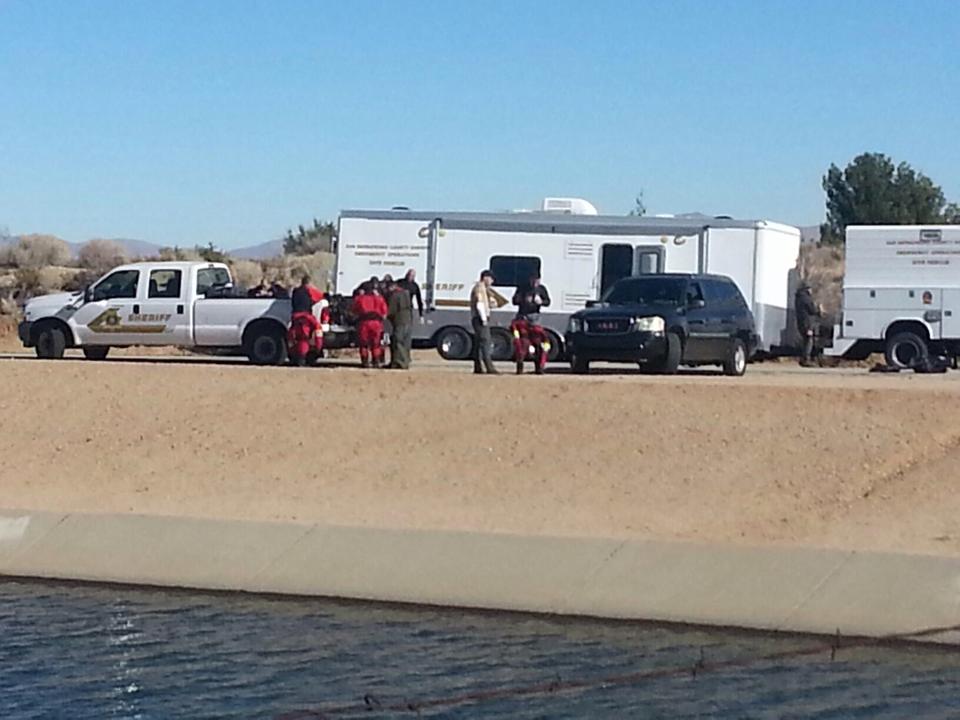 HESPERIA: On December 23, 2013 at approximately 8:30 p.m., deputies from the Hesperia Station responded to a single vehicle traffic collision in the area of Eleventh Avenue and Ranchero Road. Initial reports indicated the vehicle had been involved in a single vehicle collision and possibly entered the California Aqueduct. At some point a light pole on Ranchero rd. was damaged before the vehicle entered the aqueduct, leaving several Southern California Edison customers without electricity for several hours.

With assistance from the Sheriff’s Dive Team, an older model Chevy Suburban was located and recovered from the frigid water. The registered owner, Ruben Hubacek was not in the vehicle.

According to a press release, It is unknown at this time if Hubacek was able to escape the vehicle after it entered the water. Family members have had no contact with the victim. On Thursday morning officials from the San Bernardino Sheriff’s department along with a dive team responded back to the incident location where a detailed underwater search of the aqueduct is currently underway.

Ruben Hubacek is described as a Hispanic Male Adult, age 47, 6’00”, 170lbs, with Brown Hair and Brown Eyes. Anyone with information regarding the whereabouts of Ruban Hubacek is asked to call the Hesperia Sheriff’s Station at (760)947-1500.

Divers Search for Body in Aqueduct