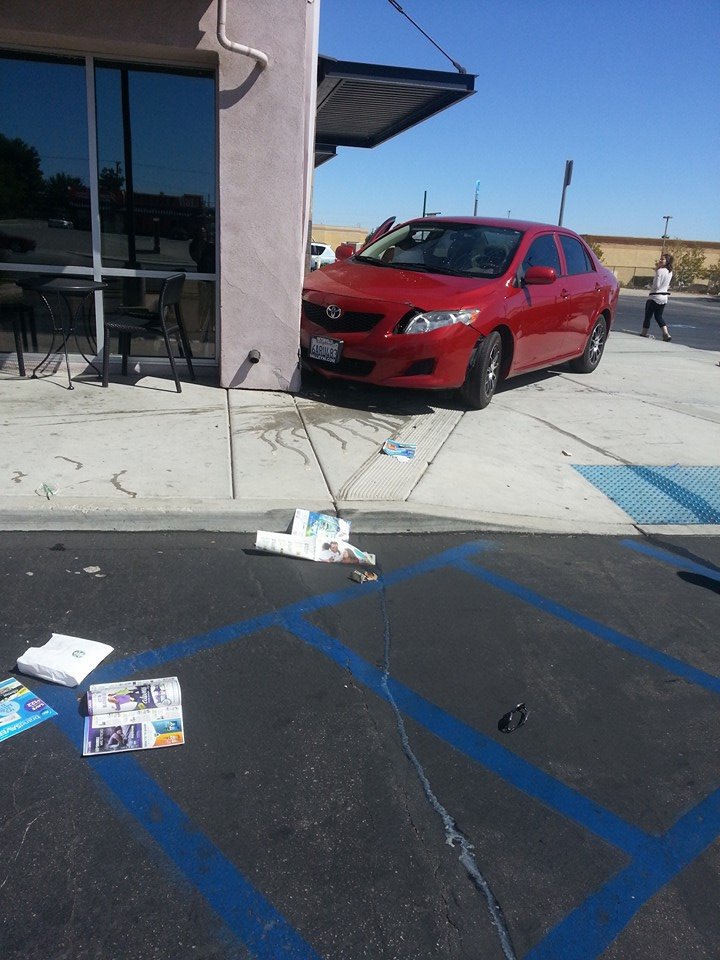 VICTORVILLE:(VVNG.com)- Just before 11:00 a.m., on Sunday several friends were standing in front of the Starbucks on Bear Valley Road and Cottonwood Avenue. The group of women were talking as they exited the building when suddenly a red Toyota Corolla driven by a female driver, hit two of the women subsequently coming to a stop after hitting the corner of the Starbucks building.

“Someone who arrived on scene after accident, who appeared to be family of the driver walked up to me and stated that they have been having an issue with the car’s accelerator,” said Amanda Basurto, friend of the injured women and witness to the accident. The 2009-2010 Toyota Corollas were part of a well publicized recall causing the accelerators to stick, causing many accidents for drivers of these vehicles. “I just spoke to somebody that works at Starbucks. His gas pedal was stuck while he was trying to park,” reported Emily Marlene Trinidad on a Victor Valley News post.

The two injured women were transported by ambulance to a local hospital for treatment of their injuries. “I saw the ambulance taking at least one person away, the other person may have already gone to the hospital. We felt terrible for them, the situation looked bad,” said Deborah Arroyo. The two women are currently, as of 1:15 p.m. at the hospital being treated for unknown injuries. Witnesses say following the accident, both women were fully conscious.

No further information is available at this time, any information we receive will be updated. 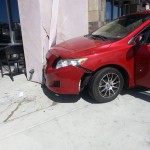 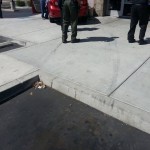 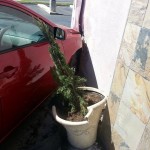