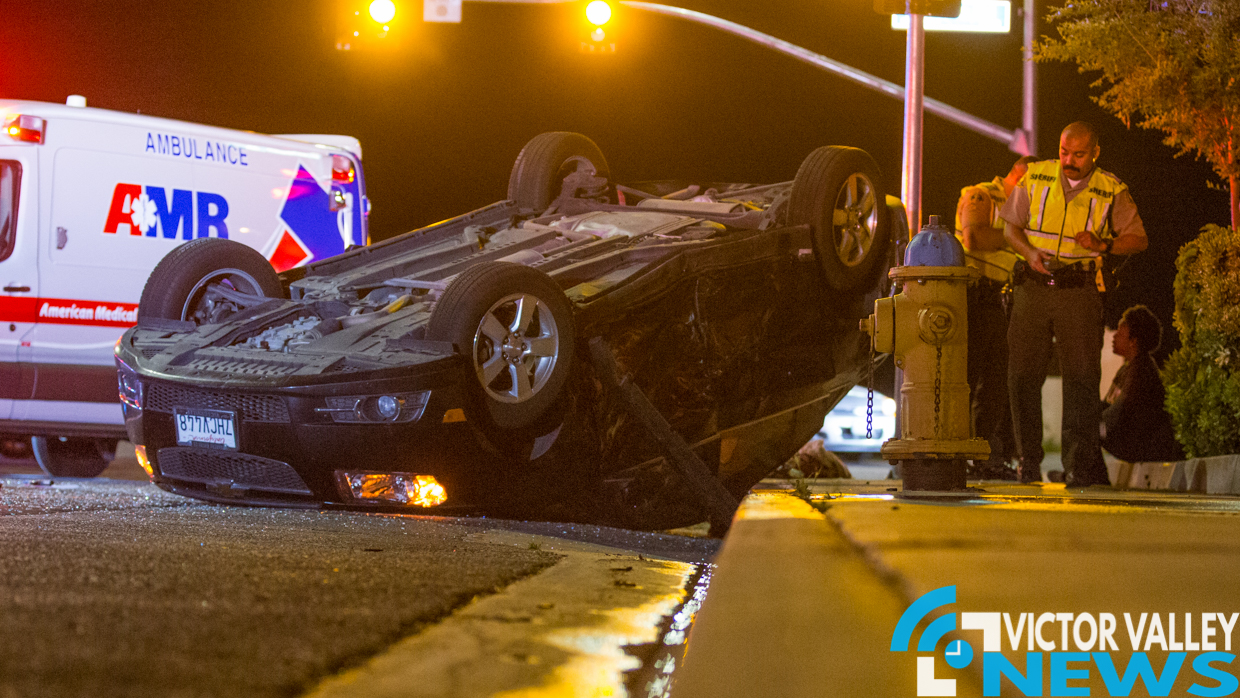 The incident was reported on Tuesday around 11:40 p.m., and involved a dark-colored 2011 Ford Fusion and a 2014 Chevrolet Cruze.

Deputy Fogel with the San Bernardino County Sheriffs Victorville Station said the Ford was traveling eastbound on La Mesa Road, and the Chevy was traveling southbound on El Evado Road when the accident occurred.

Two occupants of one vehicle, A 47-year-old woman, and a 68-year-old man were transported to Desert Valley Hospital, with minor injuries.

Deputies performed a field sobriety and breathalyzer test on a 22-year-old female driver before transporting her to a local hospital.

It’s unclear if drugs or alcohol were a factor in the collision. The cause of the crash remains under investigation. 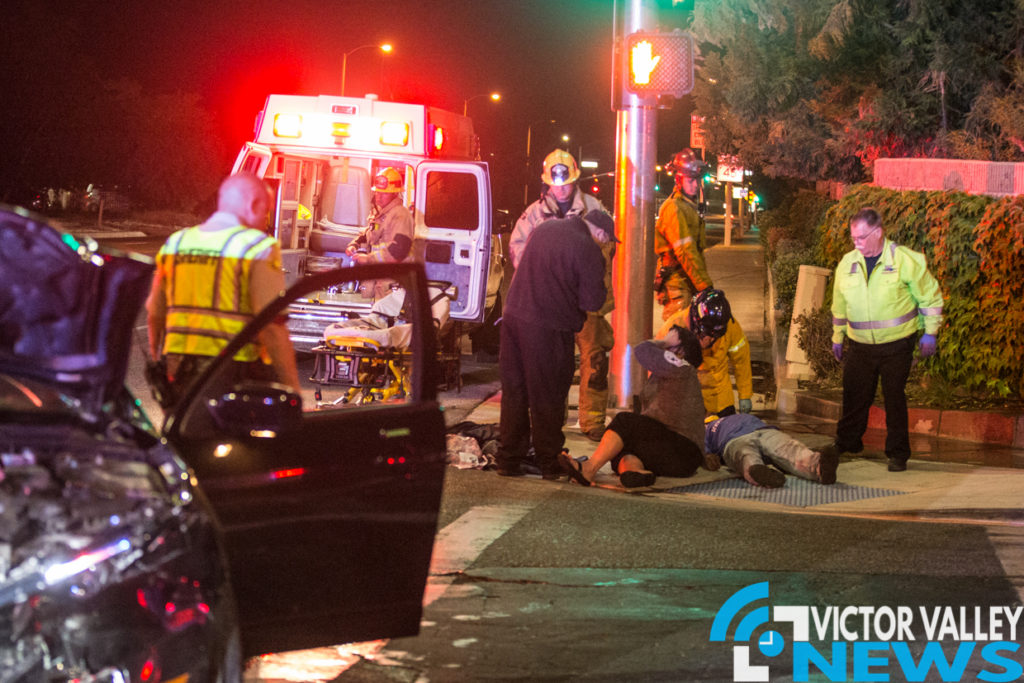 A man and a woman were being evaluated by paramedics at the scene prior to transport. (Gabriel D. Espinoza, Victor Valley News)