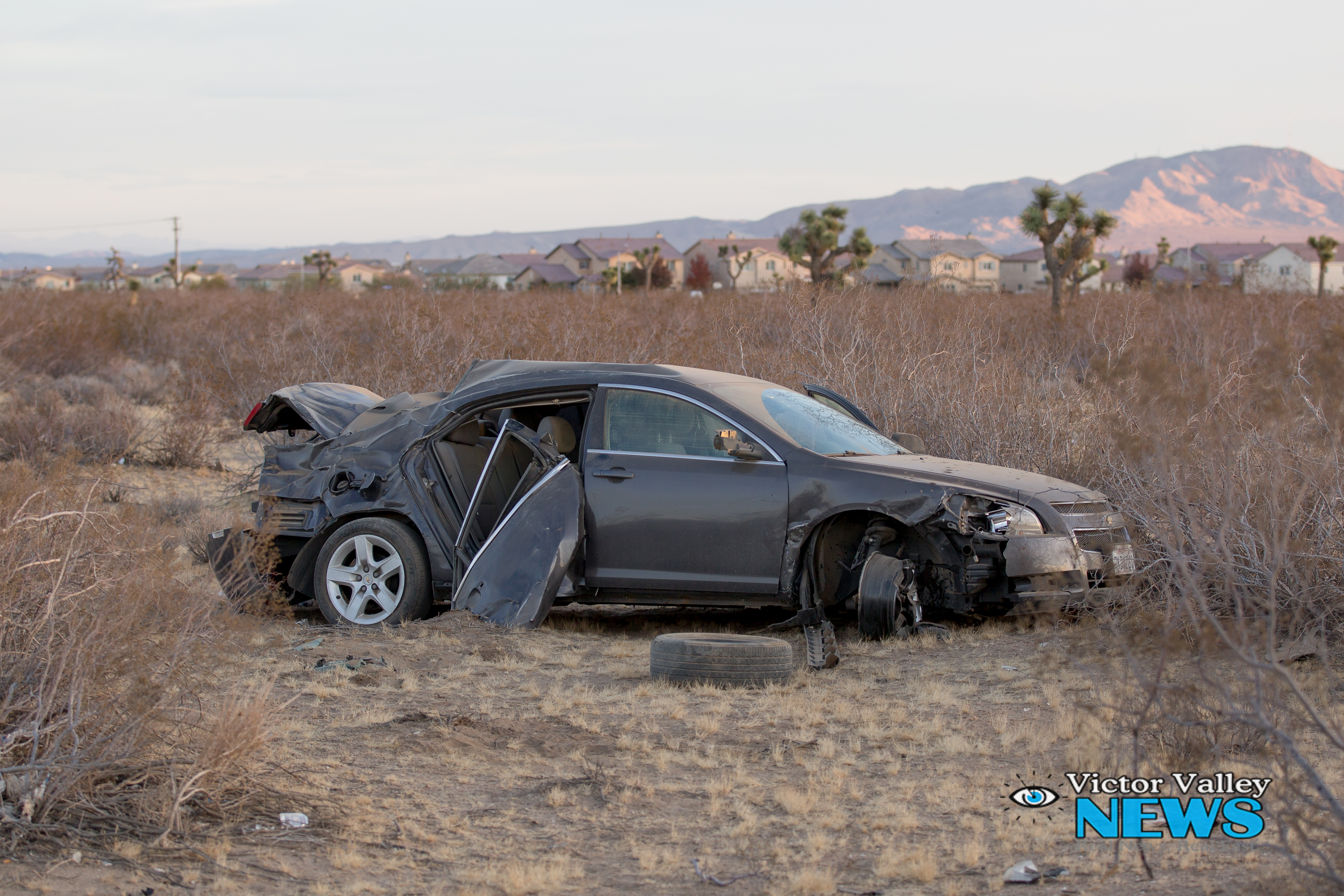 VICTORVILLE, Calif. (VVNG) A man was injured in a Saturday morning traffic collision that caused his vehicle to flip after hitting another car.

Just before 6:30 a.m. dispatch received reports of an accident on Highway 395 between Main Street and Bear Valley Road.

Based on preliminary information, the male driver of the 2011 Chevy Malibu lost control of his vehicle, causing him to strike a 2015 black Honda Accord.

The driver of the Accord, a 35-year-old female of Victorville, said she was traveling southbound on the highway when she noticed the Chevy driving into her path causing her to react quickly, “I had to swerve out of the way because he was going to hit me head-on,” she stated.

The driver of the Accord told Victor Valley News she believed the male driver fell asleep at the wheel causing the accident.

The Chevy driver, who was wearing a work uniform, was transported by ambulance to a local hospital with minor injuries.

At this time the official cause of the accident is still under investigation by the Victorville Sheriff’s Department.

The male driver of the Chevy was still in a work uniform when the accident occurred. (Gabriel D. Espinoza, Victor Valley News)

The driver of the Honda said she swerved to avoid the Chevy from hitting her head-on. (Gabriel D. Espinoza, Victor Valley News)