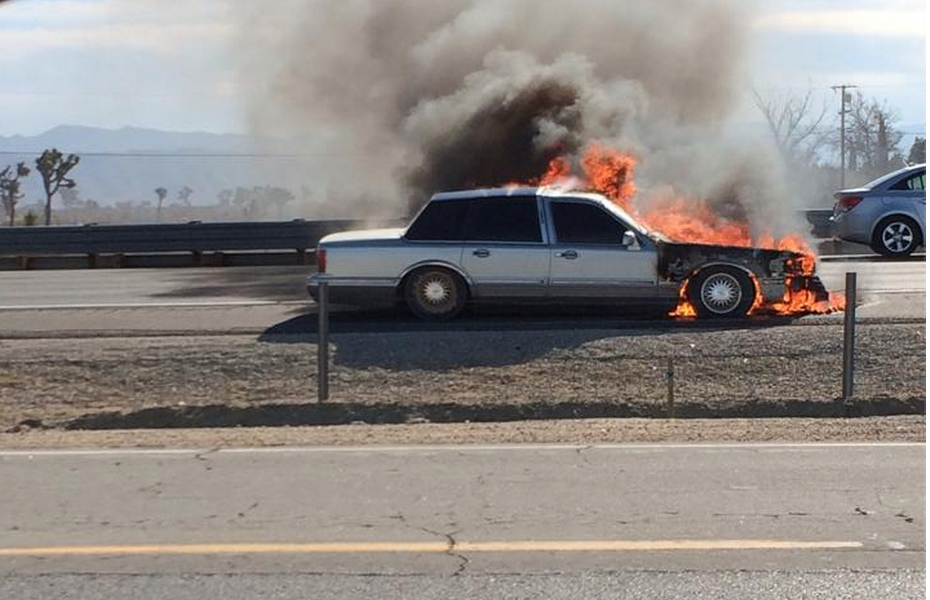 HESPERIA: A Vehicle fire on the I-15 south between Bear Valley road and Main street is causing major delays.

For unknown reasons an older model Lincoln town car caught on fire on the right shoulder.

Per CHP logs, the incident was reported on Sunday at 9:46 a.m.  by the time firefighter’s arrived on scene and the vehicle was already fully engulfed.

The #2 and #3 lanes are temporarily shut down so emergency crews can access the vehicle. No injuries were reported in the car fire.

For more late breaking news join our Facebook group with over 27,500 members VVNG.