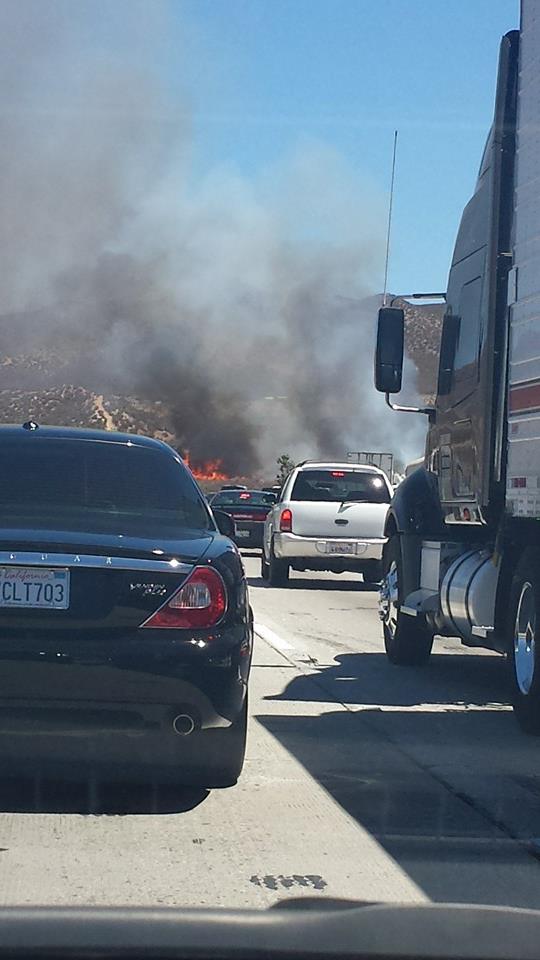 Second traffic collision on NB-15 at the scales reported at 12:24pm. (photo contributed by: Shea Shea via VVNG)

UPDATE: (12:40 pm)- A sig alert with an unknown duration has been issued on the NB-15 at Cleghorn. Cal Fire, Us Forest service and several water dropping helicopters are currently assisting in putting out the fire. To make things even worse a multi vehicle traffic collision involving a gray BMW, white Nissan versa and a blue Scion TC was reported at 12:14 p.m., also on the north bound 15 freeway near the car fire. Vehicles are blocking lanes.

CAJON PASS:(VVNG.com)-  Emergency crews responded to a report of a vehicle fire on the northbound 15 freeway just north of state route 138. According to CHP incident logs, the car fire was reported at 11:33 a.m., on Wednesday.

Commuters who called dispatch reported seeing flames coming from under the vehicle parked on the right shoulder. Per scanner traffic, the fire has spread to near by dry brush prompting firefighters to enter attack mode in order to control the spread of the fire. The #1 and #2 lanes were shut down to accommodate the fire engines. As of 11:50 a.m., the fire had burned approximately 5 acres.

Heavy smoke coming from the fire may impact southbound traffic. Injuries are unknown at this time. More details will be updated as they become available. 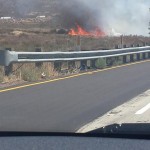 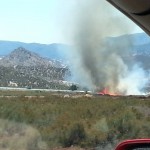 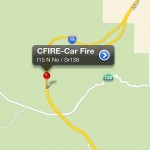