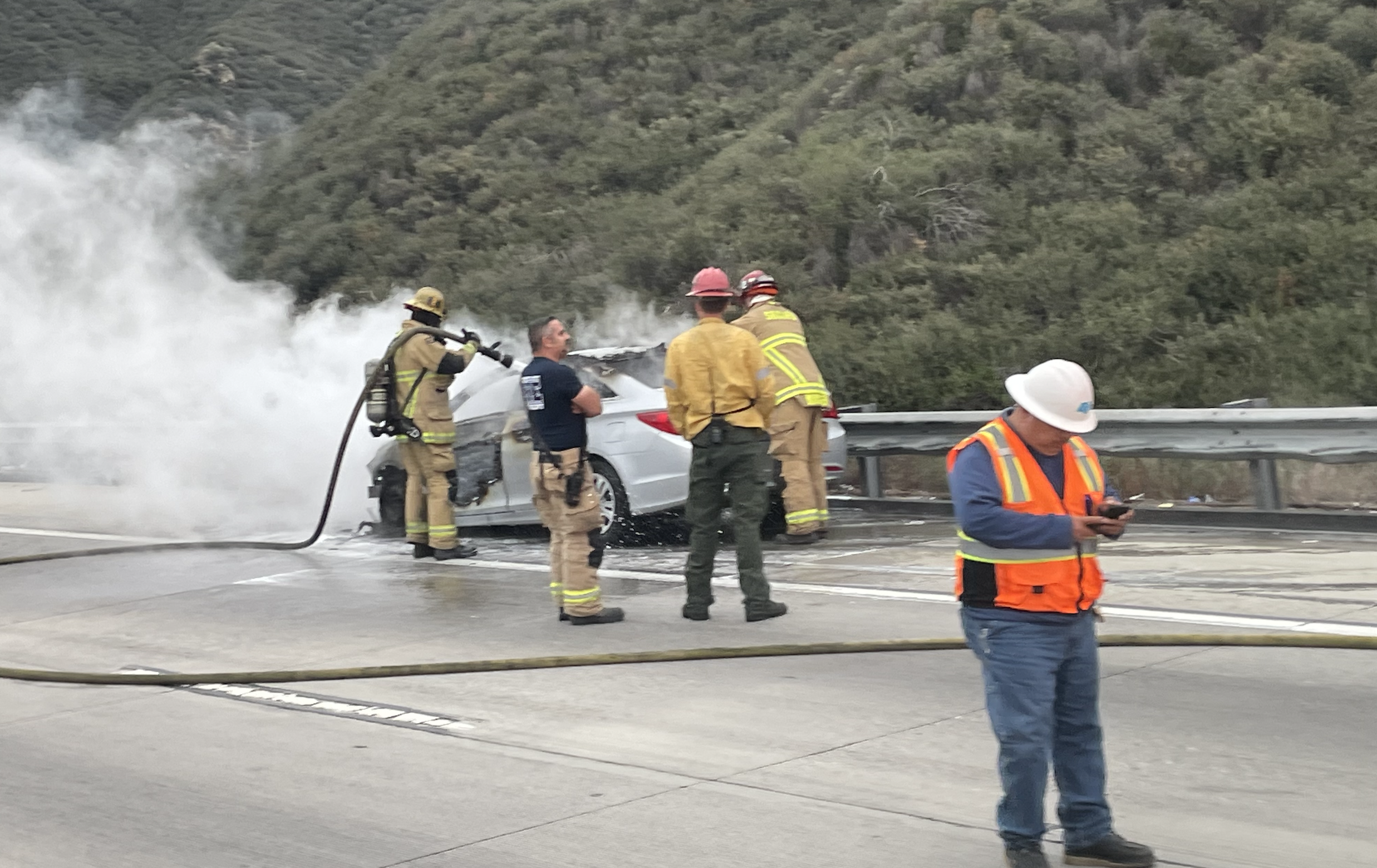 A silver Hyundai Sonata occupied by a male and a female was pulled over on the right shoulder, with fire coming from the engine compartment.

The incident caused a delay for commuters traveling through the area, and as of 4:40 p.m., traffic still remained heavy in the area.

No further details were released.