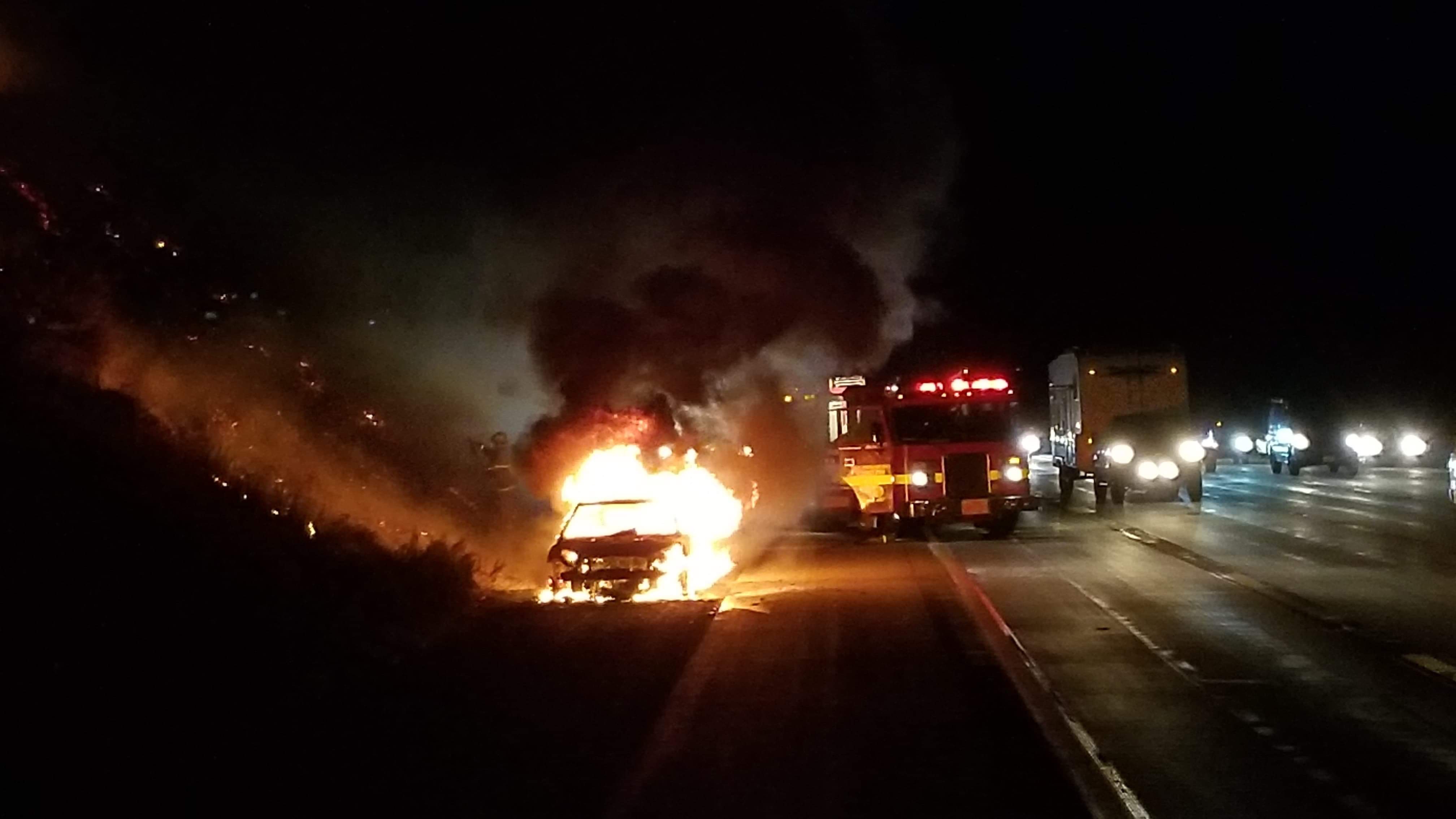 UPDATE @ 10:00 PM – Firefighters have established a wet line around the fire and have stopped the forward rate of spread. The fire was contained to approximately an acre and a half.

CAJON PASS, Calif. (VVNG.com) — Fire crews are on scene a vegetation fire in the Cajon Pass that was started by a car fire.

At about 8:38 pm, a vehicle fire was reported on the northbound I-15 freeway north of Kenwood Avenue in the Cajon Pass.

According to CHP incident logs, the vehicle, a white Hyundai sedan, pulled over on the right-hand shoulder and quickly spread into the nearby vegetation.

Upon arrival, firefighters located the fully engulfed car and approximately a quarter to half an acre of brush on fire moving up the slope.

Steven Lozoya, a tow truck driver for G&M Towing was driving thru the area and noticed the fire starting. “I tried to use a shovel to put out the fire but it was too late, the fire had quickly spread,” Lozoya said.

Fire crews are on scene and working to get a line around the fire.

No injuries have been reported. Information will be updated as it becomes available. 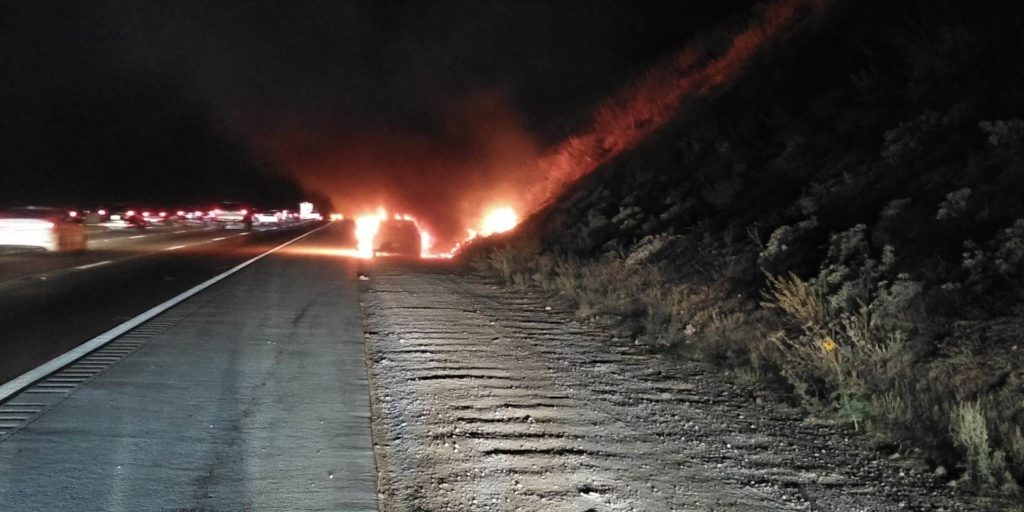