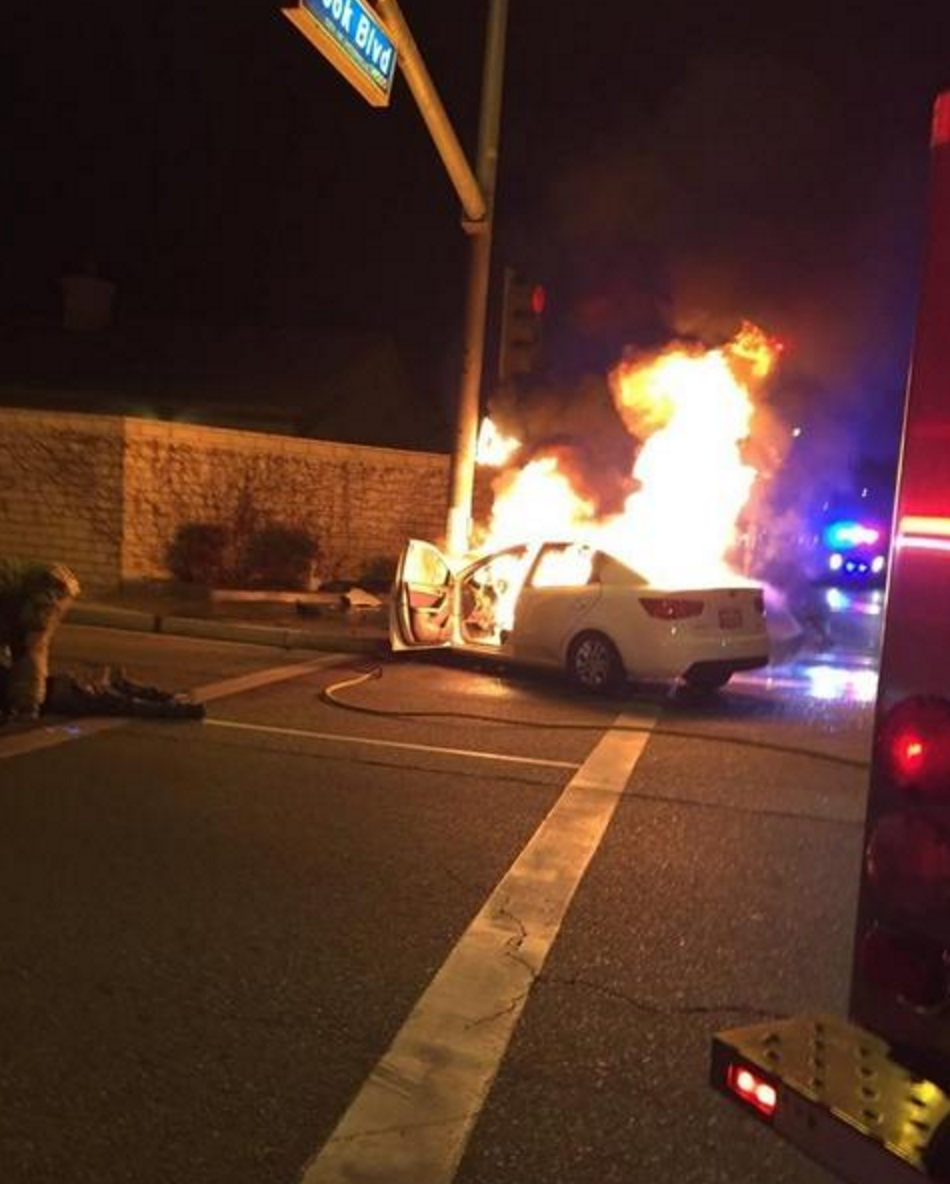 VICTORVILLE-(VVNG.com):A man was airlifted with severe third-degree burns to his hand Friday morning after colliding into a light standard in the intersection of Hook Boulevard and El Evado Road.

Upon impact the white sedan caught on fire and the unconscious driver was still inside.

Deputy Asiah Medawar arrived on scene shortly after 3:50 a.m. and with the help of a

civilian, the man, who was partially under the dash of the vehicle was pulled out to safety. A minute or two after they pulled the man a safe distance from the vehicle, the car became fully engulfed.

San Bernardino County Sheriff’s Spokesman, Sgt. Steve Pennington said, “At this point in the investigation we believe speed was the cause of the collision. He was unable to negotiate the turn causing him to collide with the light standard.”

The San Bernardino County Fire Department responded with seven firefighters who were able to quickly extinguish the fire.
There were no other injuries reported as a result of the collision. The man was flown for treatment at Arrowhead Regional Medical Center.