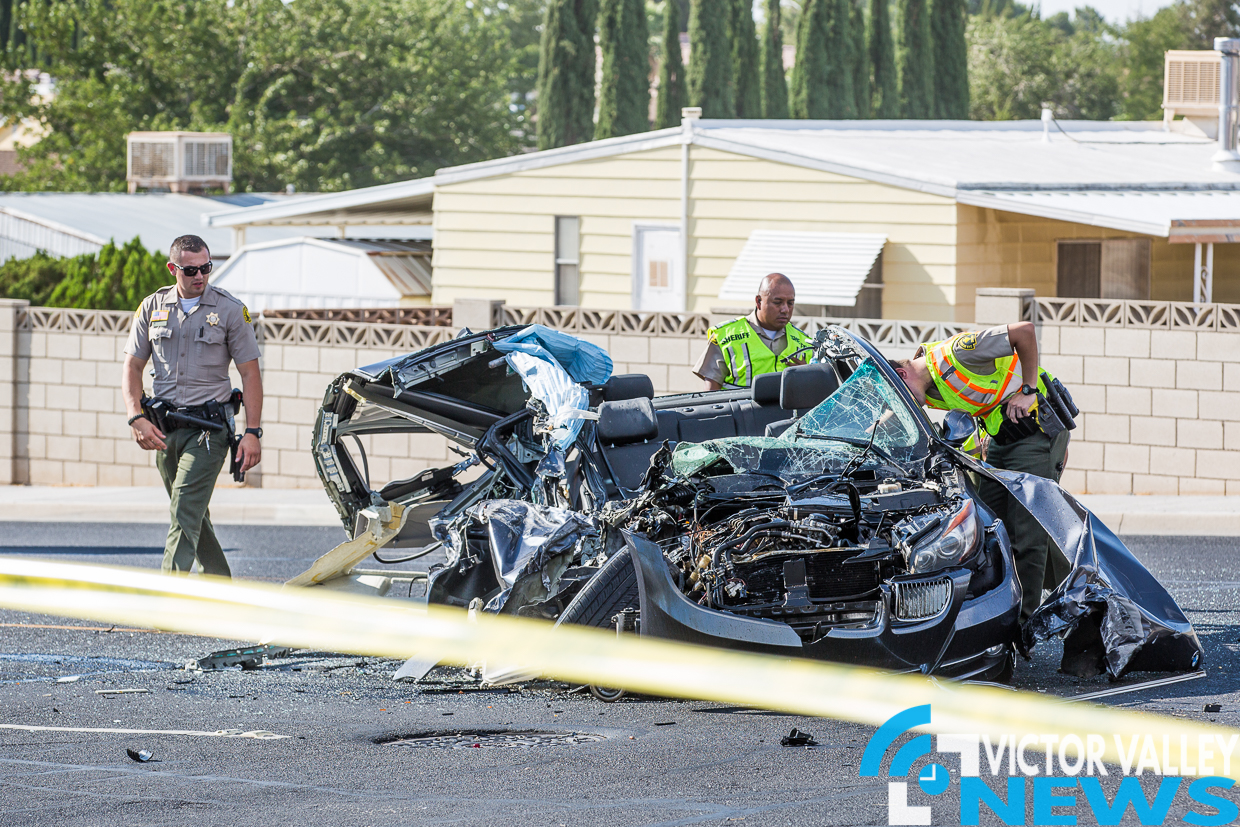 The crash was reported at about 4:00 p.m., near the Victorville Post Office in the 16300 block of Green Tree Blvd. and 6th Avenue.

According to the semi truck driver named Omar, he was traveling east bound on Green Tree Blvd. and attempting to make a right turn onto 6th Avenue when he was struck by a BMW from behind.

The BMW collided with the rear impact guards on the semi causing one of them to bend. The force of the crash caused the BMW to shred apart.

The driver of the BMW and sole occupant was transported to a local hospital where he is expected to survive his injuries. No other injuries were reported as a result of the crash.

The incident prompted deputies to shut down east and westbound lanes between Yates Road and Greenbriar Drive for approximately 1 hour.

Witnesses said a Corvette was driving erratically just before the crash and fled the scene. Deputies were looking to speak with the driver of a tan Corvette for questioning.

The cause of the crash remains under investigation by the Victorville sheriff’s department. 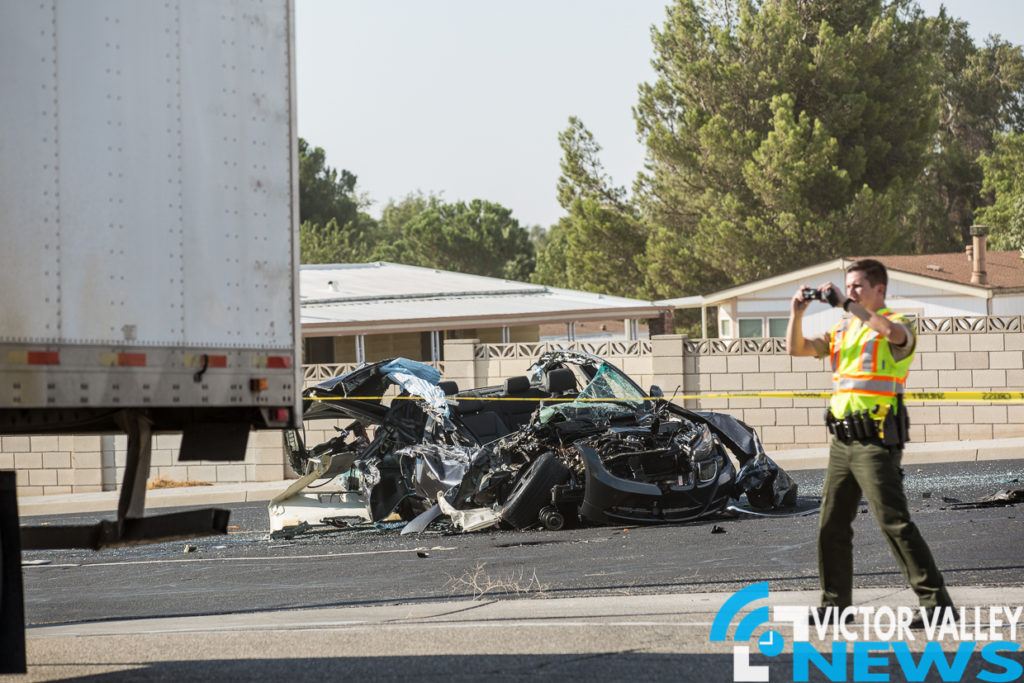 A Victorville Deputy photographs the rear of the semi where the BMW struck. (Gabriel D. Espinoza, Victor Valley News) 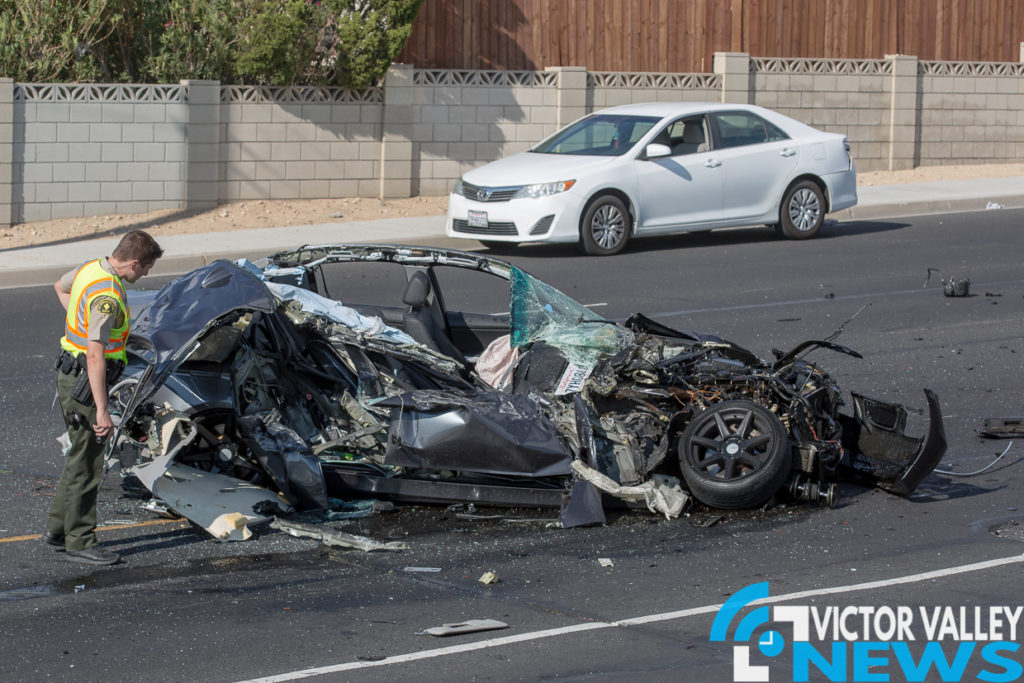