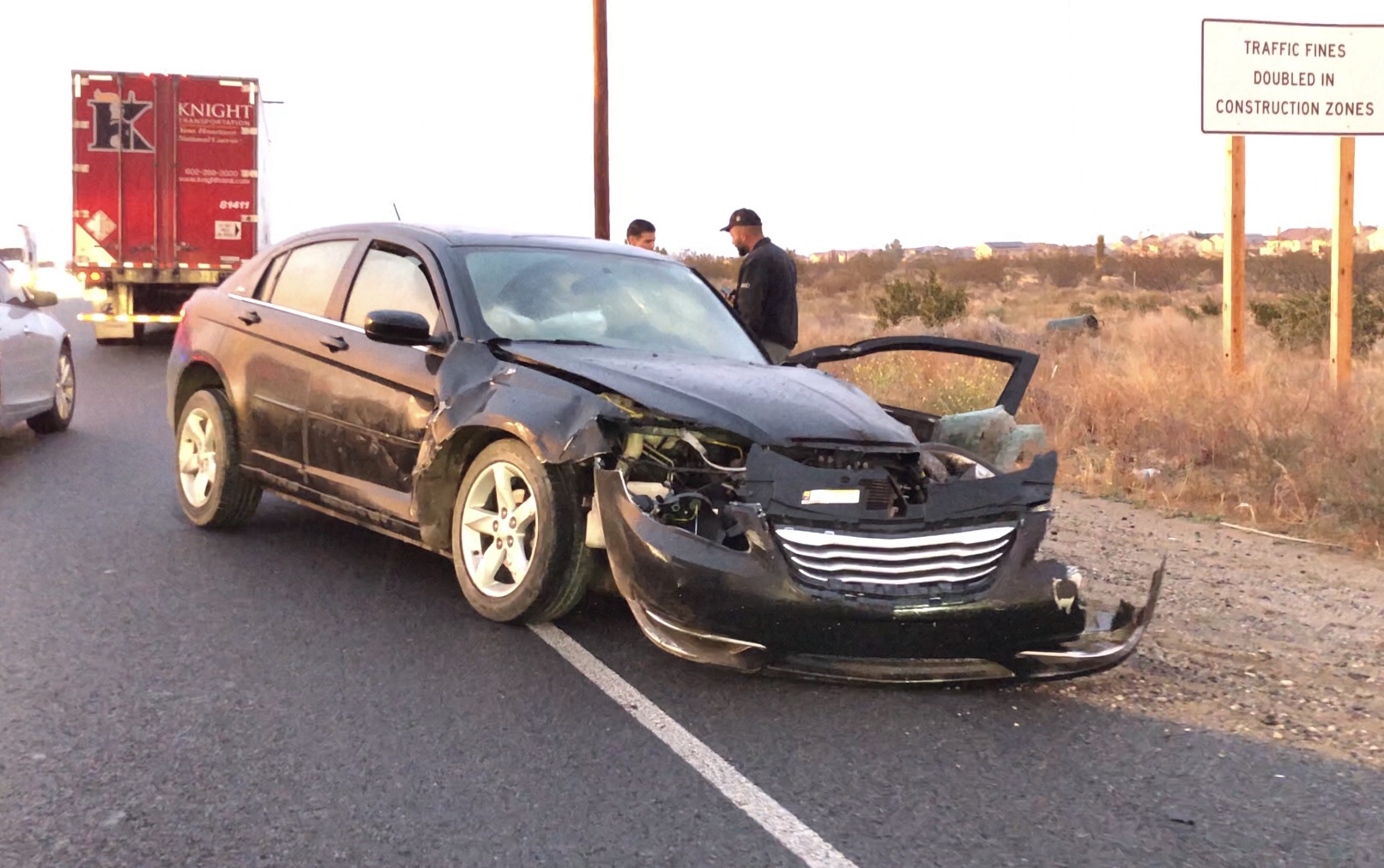 It occurred just before 8:00 pm on Highway 395 north of Bear Valley Road. 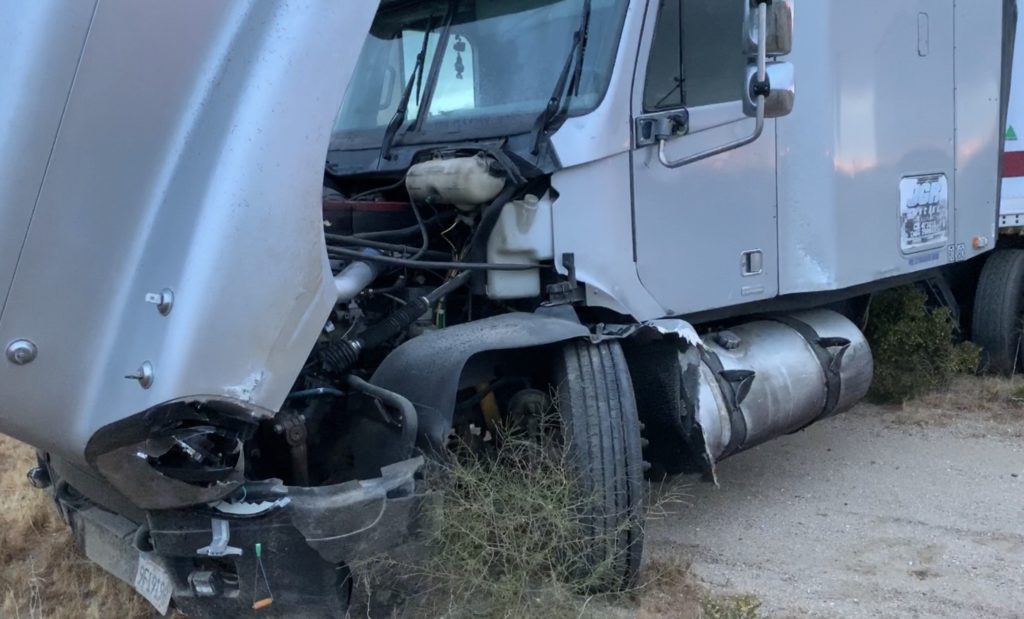 The driver of the semi said he was traveling southbound on Highway 395 just before the crash. His truck was loaded with cases of water and he was driving to San Diego.

“There was a car coming from the opposite direction that was swerving into my lane, I tried avoiding it, but we couldn’t,” the semi driver said. “It would have been much worse If I didn’t move.” 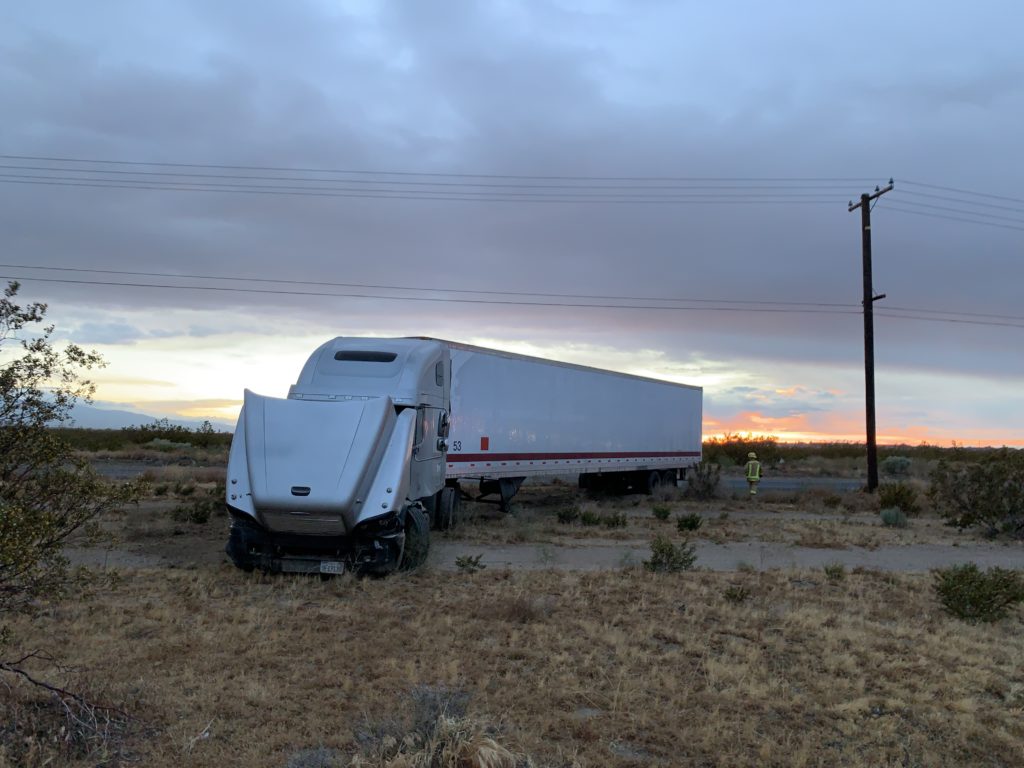 The semi crossed over opposite lanes of traffic and came to rest facing eastbound.

The driver of the sedan was facing the wrong way in the southbound lane.

Northbound Highway 395 is briefly closed for an investigation. 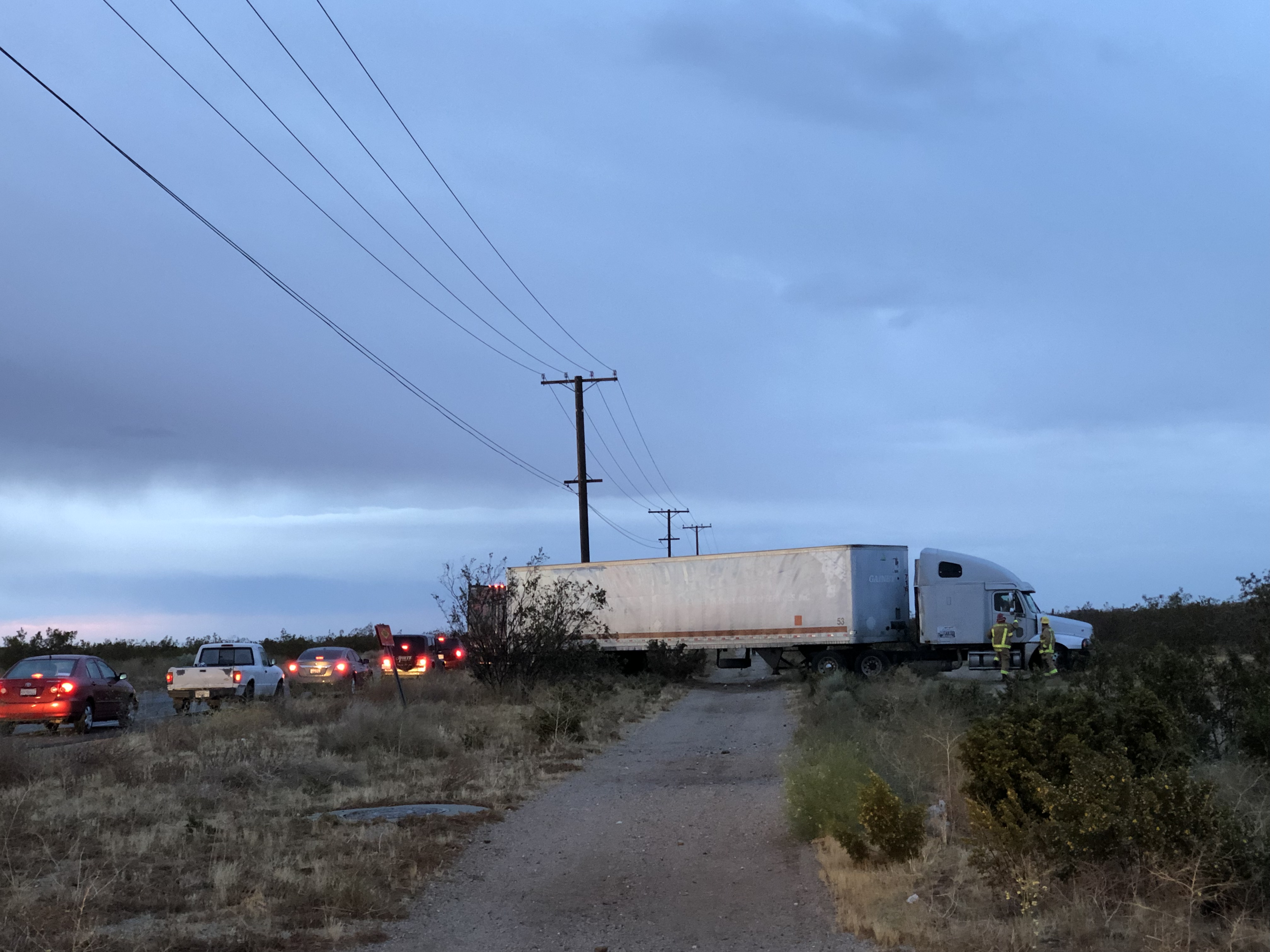