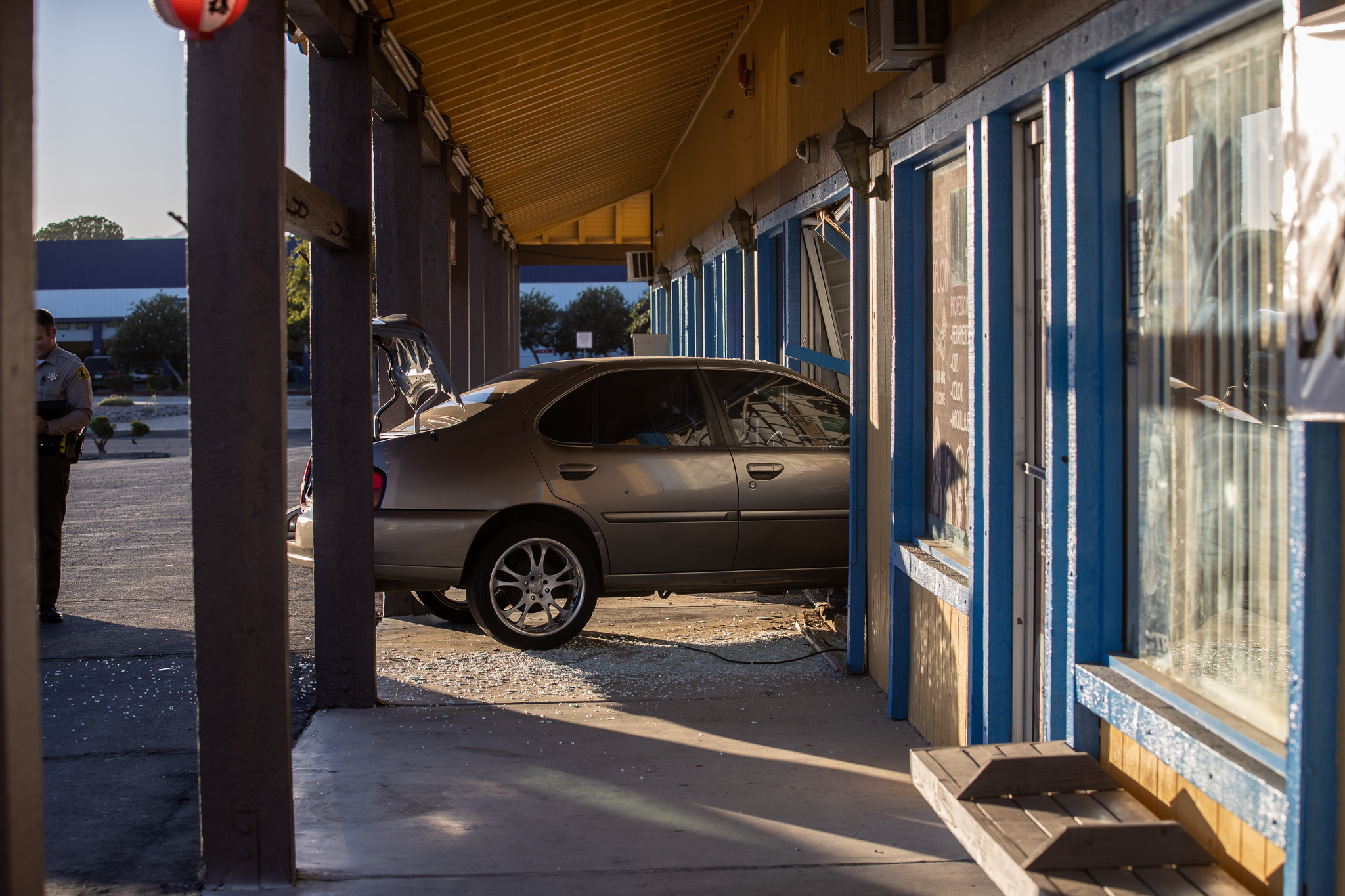 VICTORVILLE, Calif. (VVNG.com) — A local spa was damaged after a hit-and-run driver crashed through the small business early Thursday morning.

On October 3rd at about 6:00 am deputies responded the 14400 block of Seventh Street reference a vehicle into a building.

When deputies arrived on scene, they located a gold-colored sedan that had crashed into the multi-unit strip mall and the driver fled the scene.

Sheriff’s officials confirmed the 2010 Chevrolet sedan had been reported stolen the day before in San Jacinto.

Chi Spa sustained significant damage to the exterior and will likely be closed for an extended time.

No injuries were reported and the total amount in damages is unknown at this time.