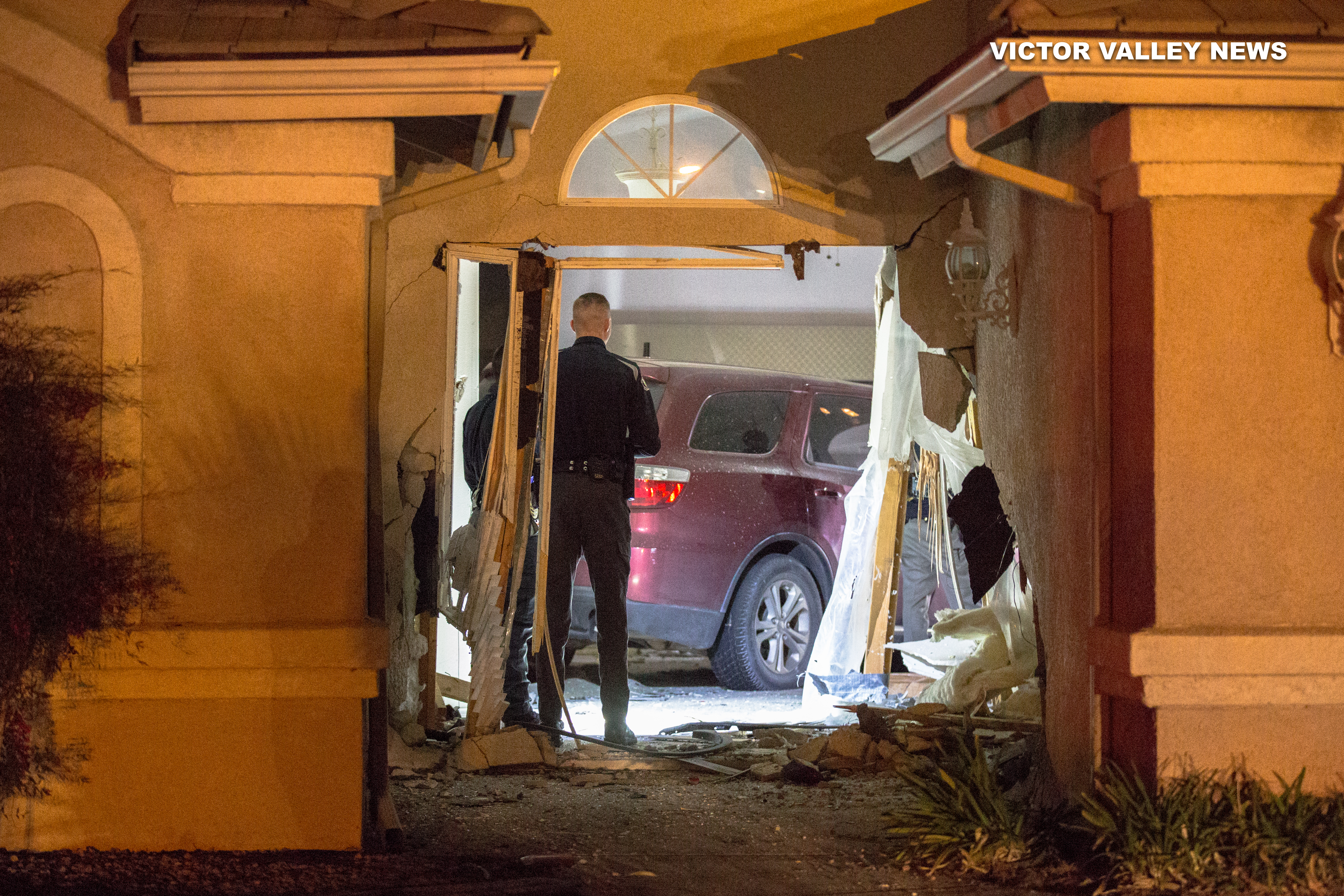 VICTORVILLE, Calif. (VVNG.com) – Authorities are investigating after a driver crashed into a Spring Valley Lake home and took off on foot, Saturday night.

The vehicle, a burgundy Dodge Durango slammed into the home leaving a giant hole near the front door. The minivan came to a stop inside the living room but not before causing extensive damage.

Officials at the scene said that neighbors believe the home was vacant, however, the home contained several furnishings.

The driver of the vehicle fled the scene prior to the arrival of law enforcement.

Building and Safety will respond to check the integrity of the structure.

The Victorville California Highway Patrol is handling the investigation.

(Update: Victor Valley News has learned the previous tenant of the home passed away in December and the home was unoccupied.)