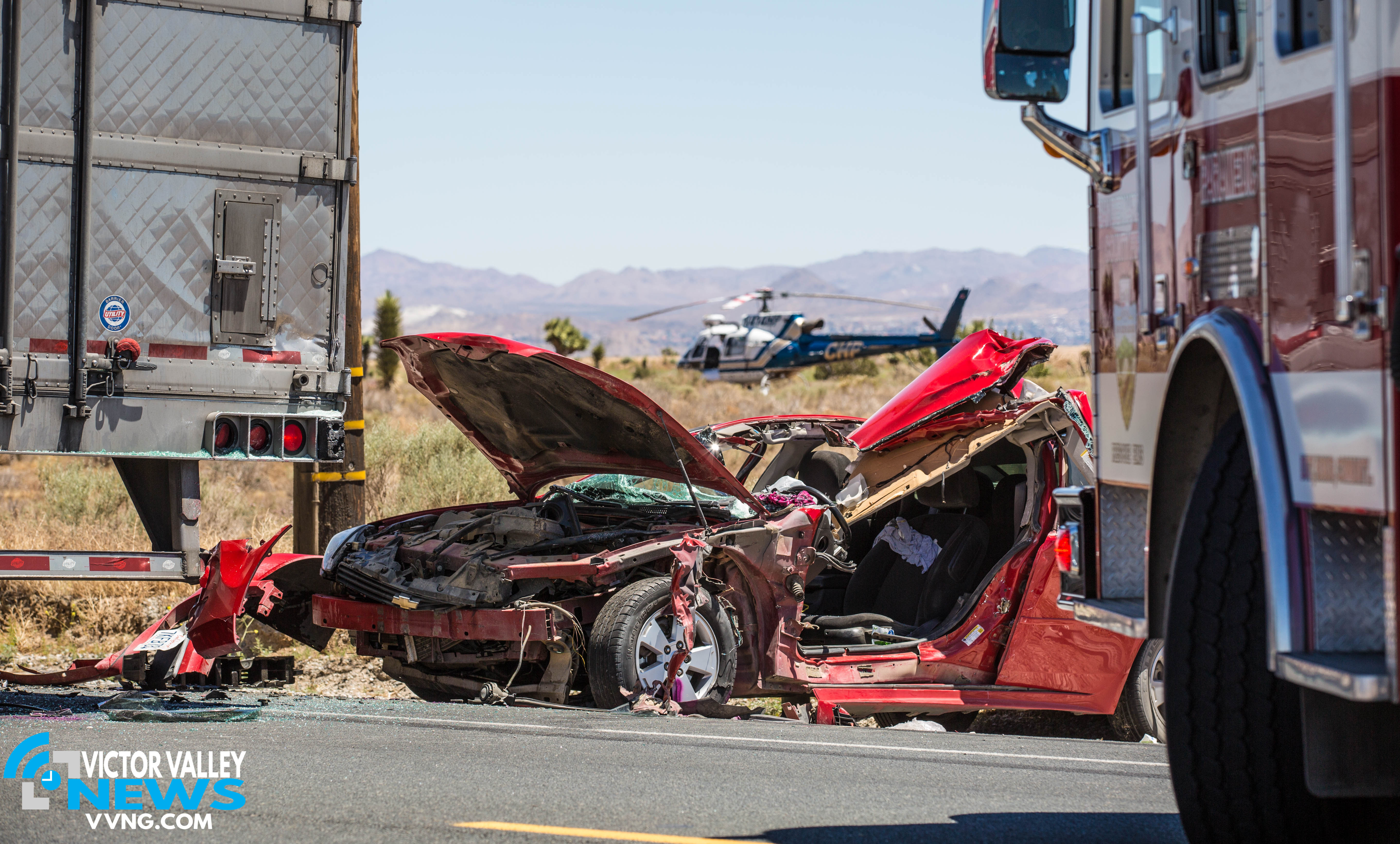 HESPERIA, Calif. (VVNG.com) A man was airlifted to a trauma center after his vehicle slammed into the back of a tractor-trailer Friday morning.

The accident was reported at 11:25 a.m. on the northbound lanes of Highway 395 about a mile north of Main Street.

Upon arrival, authorities located a red Chevy Impala under the rear of the semi with major damage.

The only occupant of the red car was trapped inside and had serious head trauma, according to deputy Zane of the San Bernardino County Sheriff’s Hesperia Station.

CHP helicopter H-82 was requested to land east of the accident on Highway 395 in a dirt field.

San Bernardino County Firefighters were able to extricate the driver and get him stabilized before he was airlifted to Loma Linda University Medical Center.

The tractor trailer was stopped in the northbound lane for another vehicle that was making a left when the Impala, also traveling north, failed to stop in time.

Deputy Zane said witnesses reported the vehicle traveling at speeds of 50-55 MPH before trying to swerve to miss the stopped semi-trailer.

“DUI is not ruled out at this point but we are looking into it,” stated Zane.

All lanes of traffic in the northbound direction were closed to traffic while the fire department personal worked to extricate the driver of the sedan. 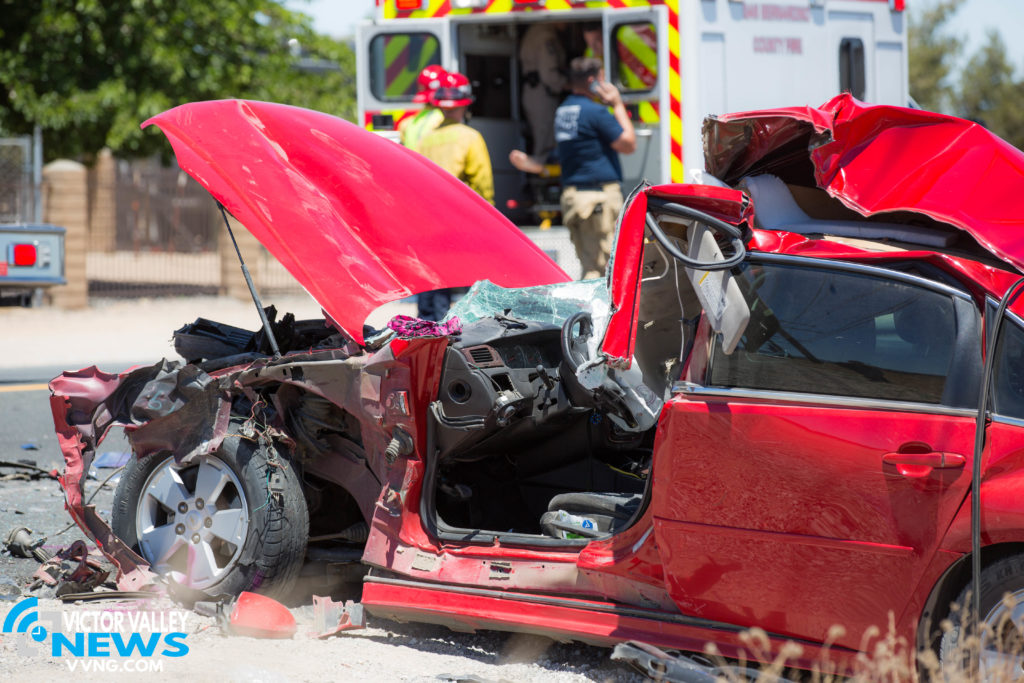 A man was airlifted after he crashed into the back of a stopped tractor trailer on Highway 395 in Hesperia. (Gabriel D. Espinoza, Victor Valley News)