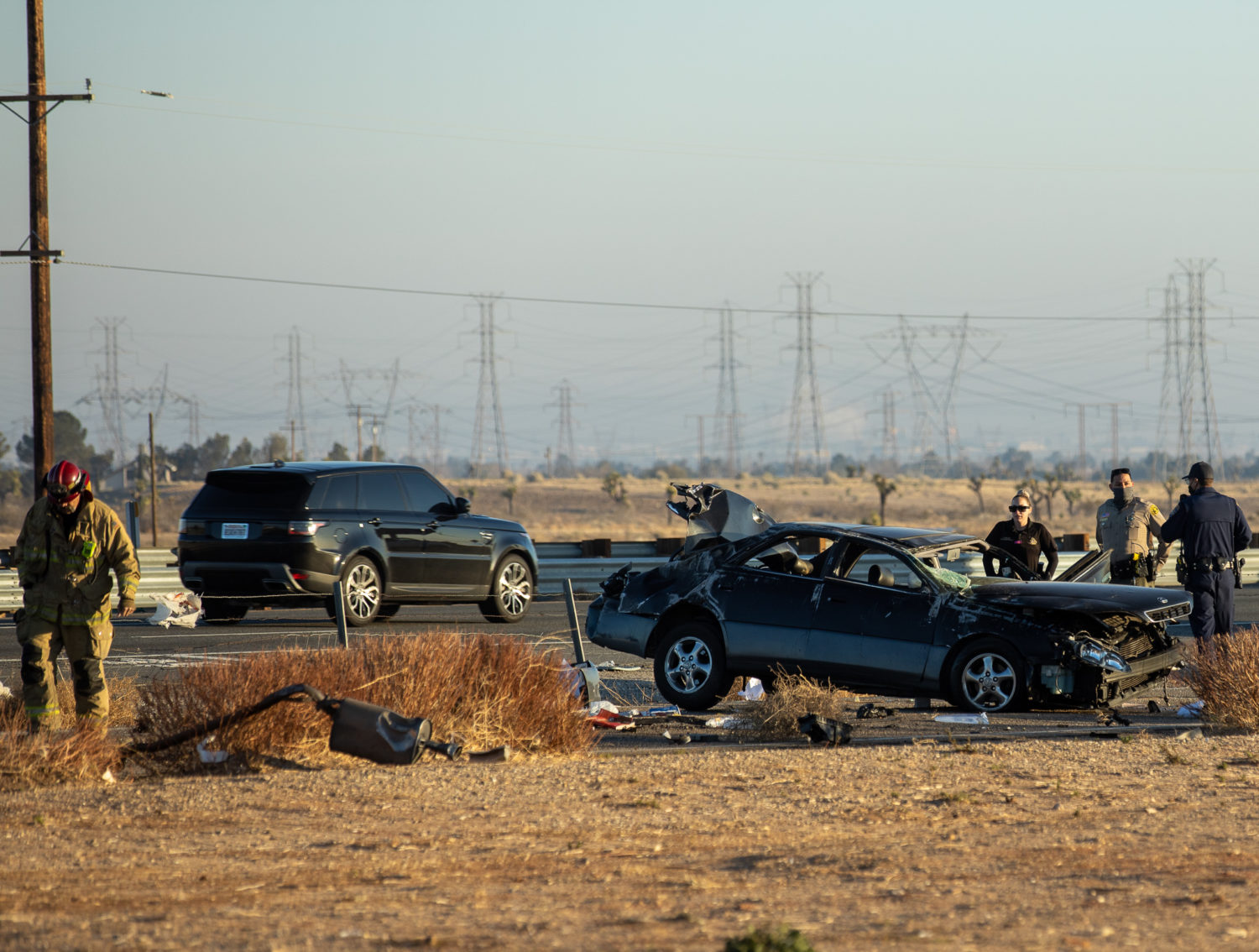 HESPERIA, Calif. (VVNG.com) — No serious injuries were reported after a vehicle crashed off the I-15 freeway and ended up on Mariposa Road.

A black Lexus sedan was traveling northbound on the I-15 when for reasons still unknown, the driver lost control and the vehicle rolled over. The vehicle crashed thru a chain-link perimeter fence before eventually coming to a stop back on its wheels along Mariposa Road.

The Hesperia Police Department, California Highway Patrol, and San Bernardino County Fire responded to the call and located the vehicle blocking lanes. All occupants had reportedly exited the vehicle.

One ground ambulance responded to the call and treated one person for a complaint of pain. No other injuries were reported.

The incident temporarily blocked traffic on Mariposa Road as CHP investigated the crash.

Damaging winds possible for the mountains and deserts on Monday