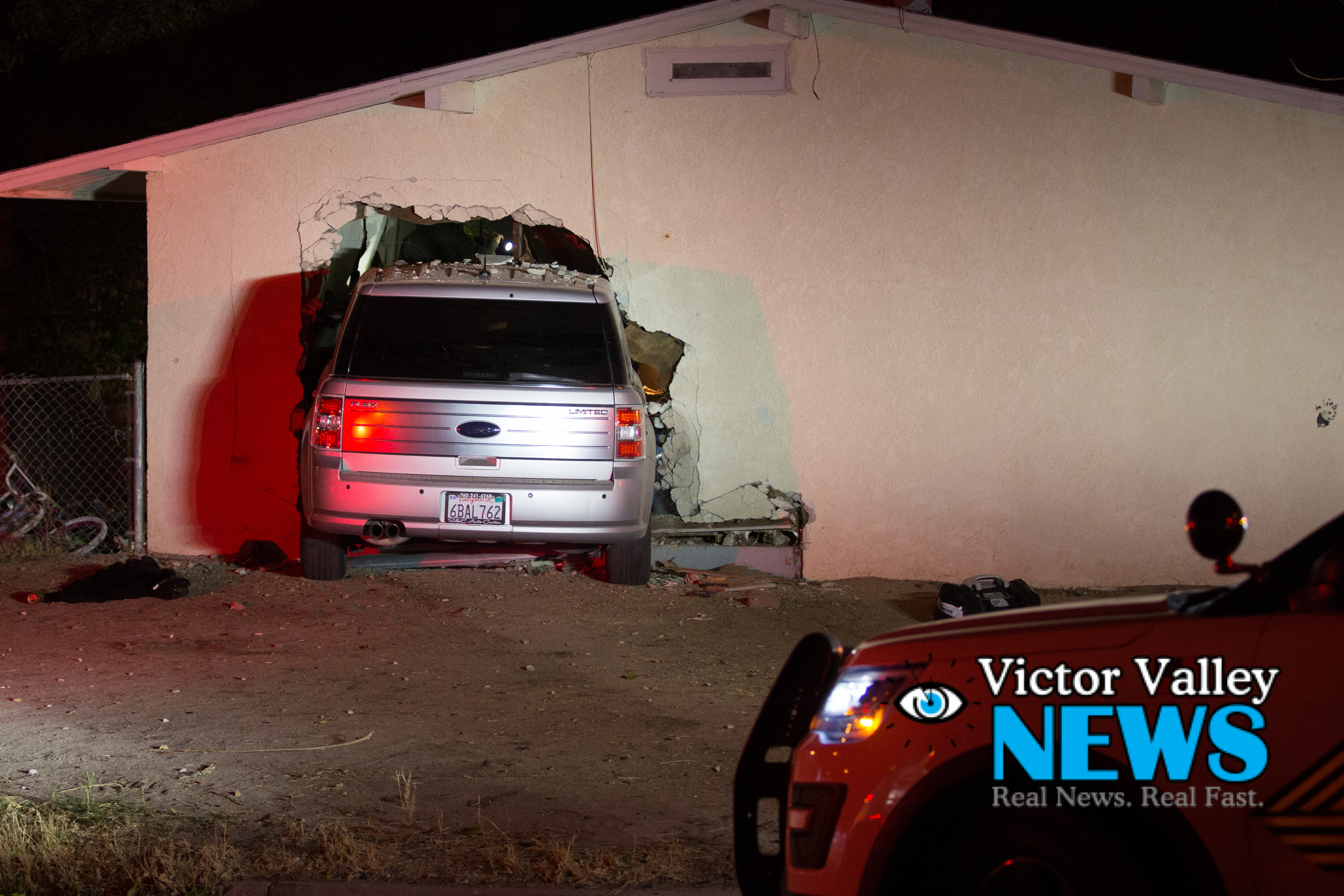 VICTORVILLE, CALIF: (VVNG.com) A person was pinned by a car after a vehicle collided into their home late Sunday night.

A woman driving a Ford Flex drove into the home at a high rate of speed and crashed into a bedroom of the residence, pinning an adult male.

The San Bernardino County Fire Department worked for over 30 minutes to extricate the man from his bedroom.

The female driver was apprehended and placed into the back of a Sheriff’s unit. Two teenage girls were in the vehicle with the woman at the time of the incident.

According to a witness, the driver lives a few houses away from where the incident occurred. A screeching of tires was heard, followed by the sound of the crash.

A gas meter and gas pipes were struck as the vehicle entered into the bedroom, prompting deputies to tape off the immediate area as they warned neighboring houses of the major gas leak.

The male victim was transported by ground ambulance to Victor Valley Global Medical Center with unknown injuries. A teenage boy was also in the house at the time of the crash, but was able to exit the home unharmed.

The female driver and the two teenage passengers did not sustain any injuries.

The crash is currently under investigation, and it’s unknown if the driver is facing any charges at this time.

A woman and two teenagers were in the Ford Flex when it collided into a bedroom of a Victorville home, pining on person and causing a major gas leak. (Gabriel D. Espinoza, Victor Valley News)

A Ford Flex crashed into a home at high speeds at the intersection of Yucca Ave and Heartsease Lane in Victorville, pinning an adult male. (Gabriel D. Espinoza, Victor Valley News)