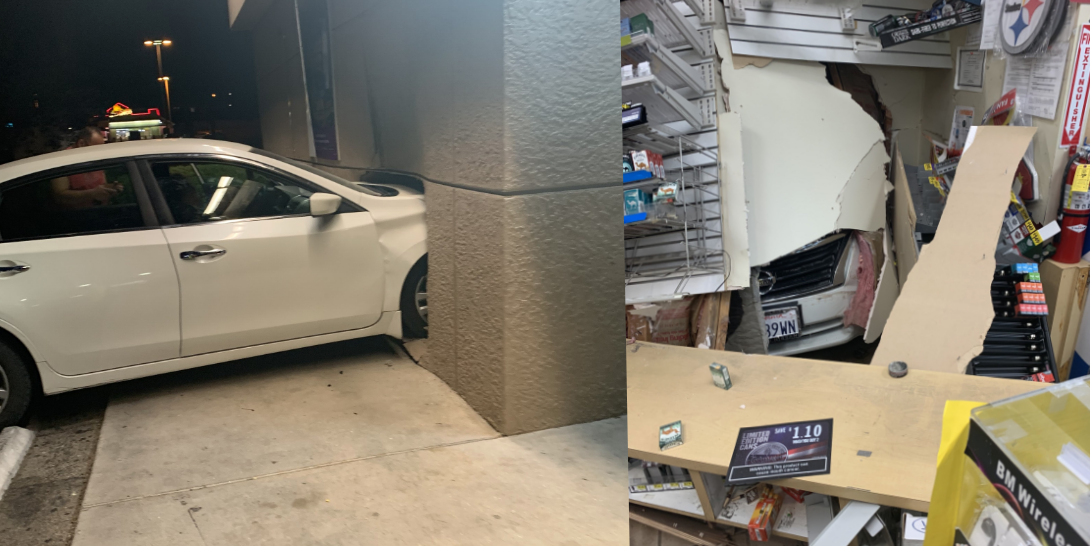 VICTORVILLE, Calif. (VVNG.com) — No injuries were reported after a vehicle crashed into the side of an AMPM Monday night.

Victorville City Fire responded to the call and reported no injuries from either of the occupants.

Sheriff’s spokeswoman Mara Rodriguez said the driver, a 65-year-old woman from Victorville pulled into a parking space and for reasons yet to be determined, the car continued onto the sidewalk and into the building, causing moderate damage to the store.

“Luckily, the two employees working were not behind the counter and no injuries were sustained during the crash,” stated Rodriguez.

In a 21-second cellphone video taken moments after the crash, a person from inside the vehicle could be heard saying the brake’s slipped.

The collision caused the AMPM store to sustain significant damages to the area near the cash registers.