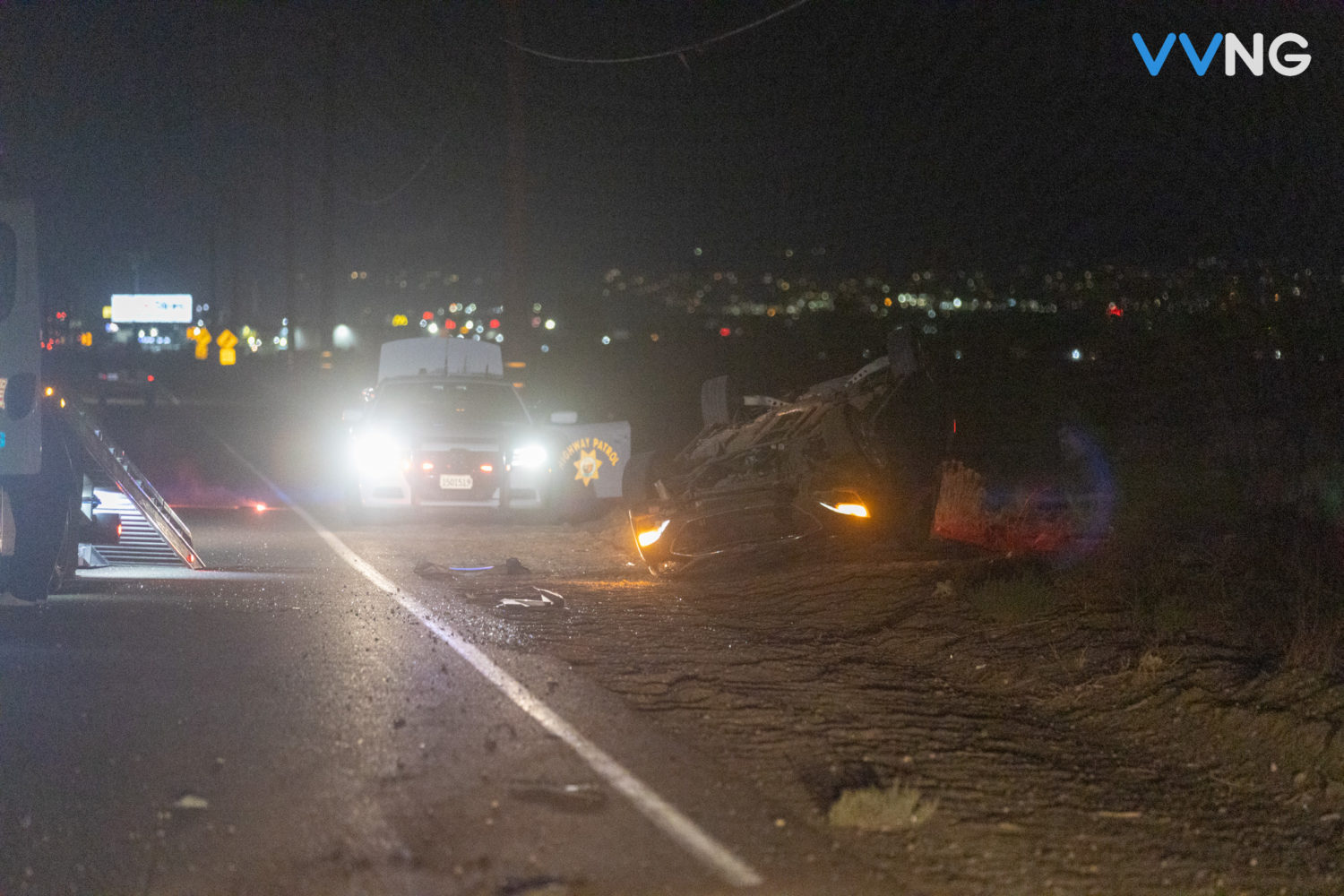 HESPERIA, Calif. (VVNG.com) — A driver was injured after crashing off the I-15 freeway and landing on Mariposa Road in Hesperia.

The single-vehicle traffic collision was reported at about 1:14 am, on October 17, 2021, north of Main Street.

According to the California Highway Patrol incident logs, the vehicle crossed over lanes on northbound I-15 and overturned several times before coming to a stop along the dirt shoulder of Mariposa Road.

San Bernardino County Fire had to extricate Mendez from the vehicle. She was transported by AMR transported to Arrowhead Regional where a blood sample was taken and she was treated for laceration, bruising, and complaint of pain injuries.

CHP officials said Jennifer was the only person in the vehicle and she was arrested for DUI.