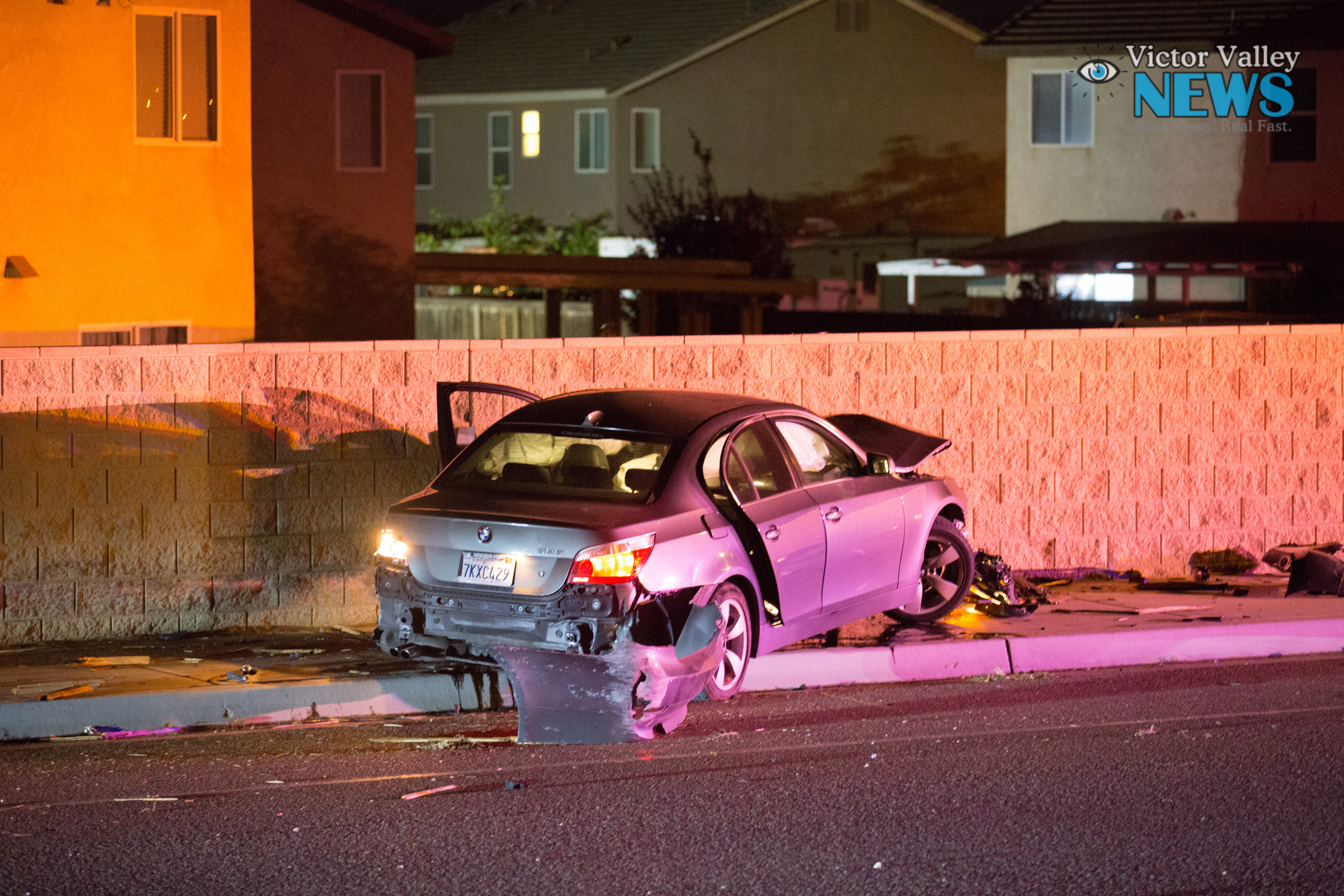 HESPERIA, Calif. (VVNG.com) A utility pole snapped after it was struck by a vehicle late Sunday night near Cedar and Escondido Avenue.

A man visiting his family from San Jose was traveling southbound on Escondido just before 11:00 p.m. when the tire of his 2006 BMW suffered a blowout, causing him to lose control.

The car veered into the dirt shoulder before swerving to the opposite side of the road, jumped a curb and skidded against a brick wall before snapping the utility pole, stated Deputy Beidler of the San Bernardino County Sheriff’s Dept.

The male driver was the only occupant in the vehicle at the time of the impact and did not sustain any injuries.

The driver had arrived in town just two hours before the accident and told Victor Valley News that he did not have any insurance on the totaled BMW.

Another vehicle traveling through the area ran over the debris in the roadway causing them a flat tire. That vehicle was carrying a passenger to the hospital, which an ambulance responded to finish transportation of the passenger.

Alcohol or drugs were not a factor in the crash.