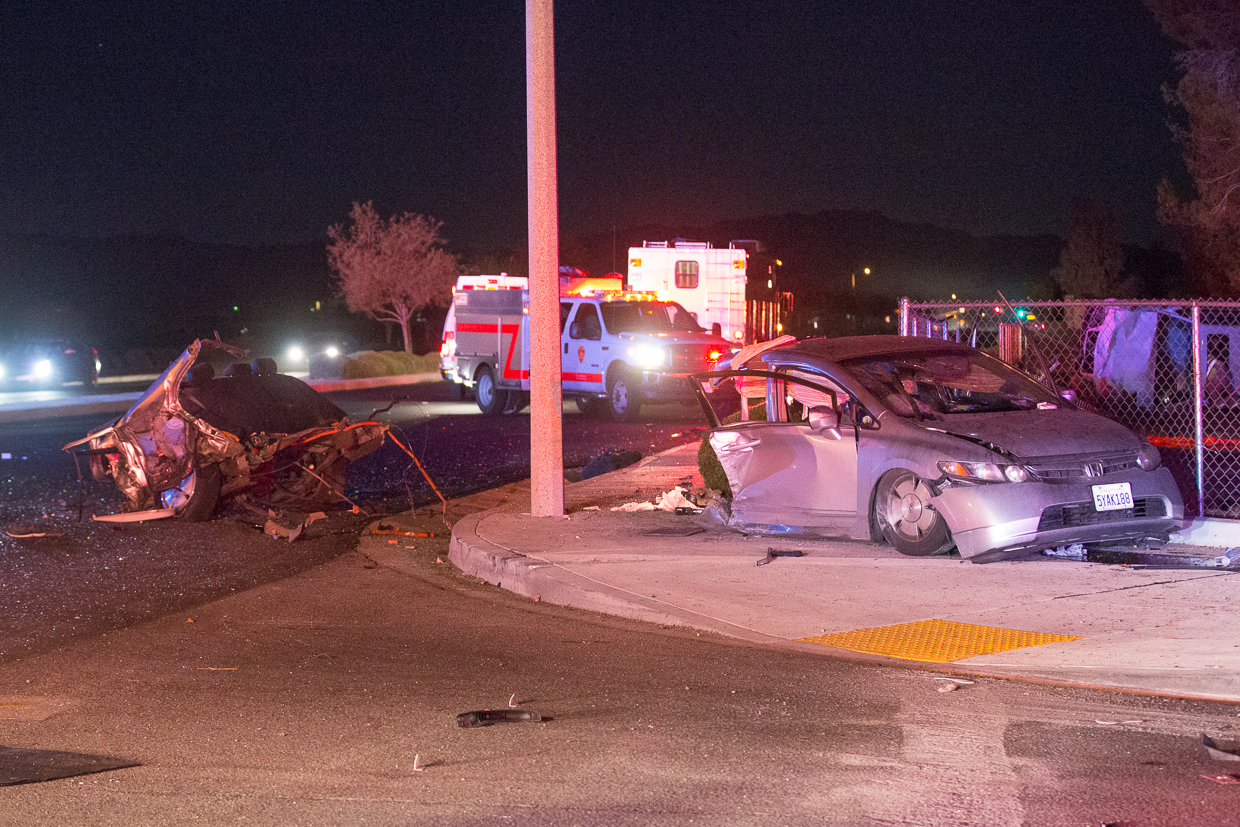 “The Honda was traveling northbound on Apple Valley Road and was making a left turn onto Ottowa Road. When the Honda tried to turn, it went directly into the path of the white car,” stated Apple Valley resident Brandon Knox, who witnessed the accident.

The impact of the collision forced the Honda into a light pole causing it to split in half. The Mercedes, which was traveling southbound, rolled an unknown amount of times before it came to rest in the yard of a home.

A Sergeant with the Apple Valley Sheriff’s Station said only one person was airlifted to a trauma center but is expected to survive. Two other people were treated for minor injuries.

Southbound Apple Valley Road will remain closed as the crash is investigated. 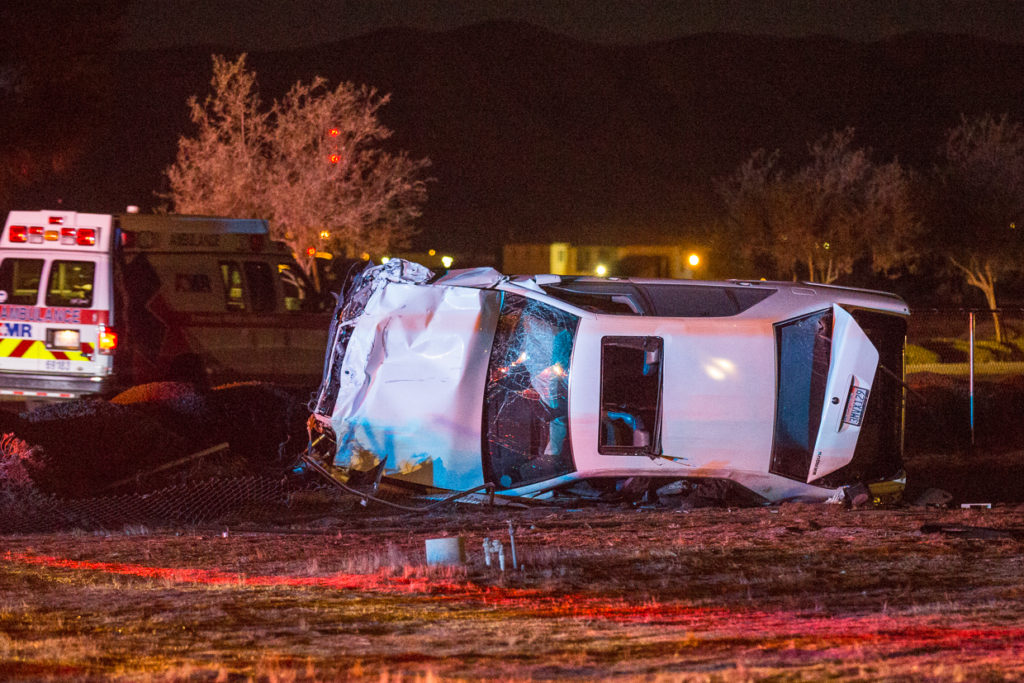 The white sedan rolled an unknown amount of times before resting in the yard of house. (Gabriel D. Espinoza, Victor Valley News)