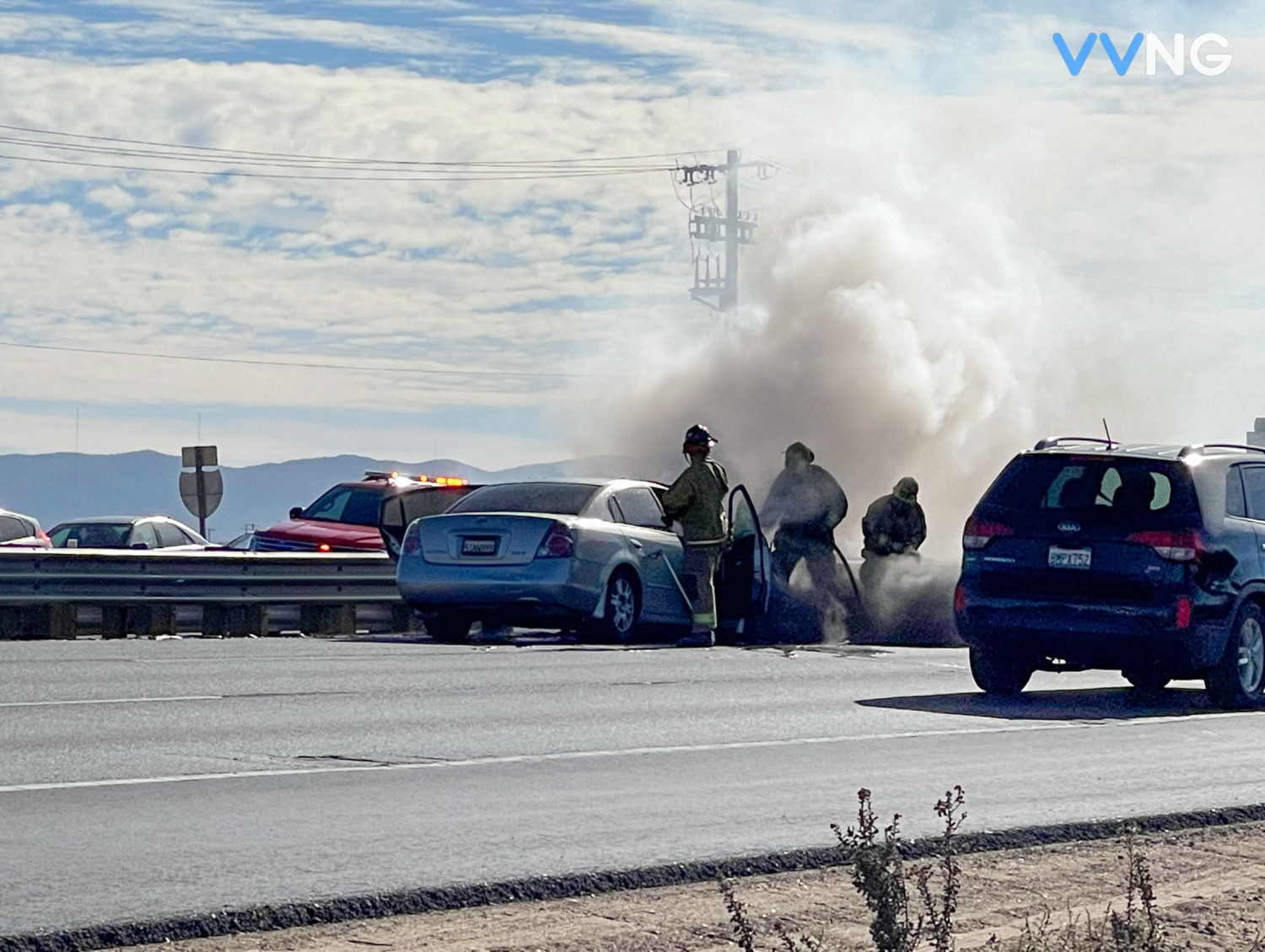 HESPERIA, Calif. (VVNG.com) — A woman was injured following a multi-vehicle crash with fire on the I-15 freeway on Saturday afternoon.

It happened at 1:09 pm, on the southbound I -15, south of Joshua Street in Hesperia, and involved a total of three vehicles.

The female driver of a silver Nissan Altima and her 11-year-old child both exited from the vehicle before it went up into flames. By-standers attempted to douse the flames using fire extinguishers.

San Bernardino County Firefighters arrived on scene and quickly extinguished the vehicle fire. The female driver of the Nissan suffered a possible broken arm and was transported by ambulance.

No other injuries were reported and the incident caused traffic to back up for several miles.

The official cause of the accident is under investigation by the California Highway Patrol Victorville station.